Why Does America Support Israel?

Jonathan Feldstein
|
Posted: Mar 24, 2019 12:01 AM
Share   Tweet
The opinions expressed by columnists are their own and do not necessarily represent the views of Townhall.com. 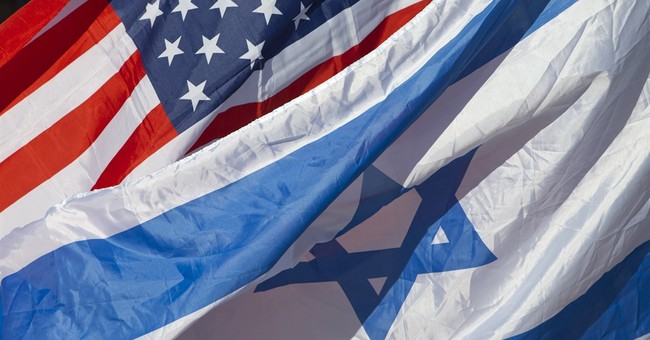 While an array or recent controversies have developed from members of Congress around the US’ support of Israel, the fact is America is and was always pro-Israel.  This is built on the foundation of early American leaders who understood the significance of Israel based on common Judeo-Christian values and solid biblical imperative.

Of course, when the American founding fathers supported Israel, it was not based on the existence of a modern state.  They understood that Israel, ie: Jewish people, and the Land of Israel, were inseparably linked. Long before there was ever an Israel-Arab conflict, and when Moslem Ottomans controlled the Land of Israel, the US’s founding fathers aspired to bless Israel and to restore Jewish sovereignty there.

It is legendary that minutes after Israel declared independence in 1948, US President Harry Truman was the first to recognize the Jewish state.  Since then, America has been solidly pro-Israel. However, according to Ilka Kreimendahl in "Peacemaker USA: The Role of the United States in the Arab-Israeli Conflict in the 1990s," long before Truman, America’s support of Israel was unambiguous.  In fact, he notes, the "first pro-Zionist declaration that was ever made by an American president" came from President John Adams.

Two-hundred years ago this month, Adams wrote to a leader of the American Jewish community, Mordecai Noah: “I could find it in my heart to wish that you had been at the head of a hundred thousand Israelites indeed as well disciplined as a French army –marching with them into Judea & making a conquest of that country & restoring your nation to the dominion of it. For I really wish the Jews again in Judea an independent nation.”

Adams was born in 1735, in a Puritan home. The Puritans saw parallels between themselves breaking away from England and the Jews' exodus from Egypt, wandering into the vast and unknown wilderness and reaching the promised land.  The Bible was their guide, and their playbook. They adopted biblical customs and even gave their children Hebrew names.

As a fledgling democracy, Adams and other early American leaders saw parallels between the civil values they held and which they set as the standard for the United States, and values codified in the Bible.

Adams’s admiration of the Jews and what they gave to the world was deep-seated. In 1808 he wrote. "They are the most glorious nation that ever inhabited this Earth. The Romans and their Empire were but a Bauble in comparison of the Jews. They have given religion to three quarters of the Globe and have influenced the affairs of Mankind more, and more happily, than any other Nation ancient or modern.”

Early American support for Israel was not limited to Adams. Abraham Lincoln who personally dreamt of visiting Israel wrote that he hoped the oppression of Jews could be relieved by “restoring the [Jews] to their national home in Palestine…a noble dream and one shared by many Americans.”

In subsequent generations before Israel’s establishment as a state, similar bipartisan support was echoed by presidents as diverse as Teddy Roosevelt, Woodrow Wilson and Herbert Hoover.

By the end of the 19th century, evangelist William Blackstone submitted a petition to President Benjamin Harrison to establish a Jewish state. This was signed by some of the most prominent Americans, including the chief justice of the Supreme Court, future president William McKinley and John D. Rockefeller.

Long before the establishment of the modern State of Israel, Israel was firmly part of US foreign policy.  Despite recent anti-Semitic aberrations to this wide support over two centuries, support for Israel remains strong both among political and religious leaders as well as Americans overall.  A recent Gallup survey demonstrated this with 69% of Americans having a favorable opinion of Israel.

This remains constant over decades. By the time World War II ended, both houses of Congress called for a Jewish state, and both the Democratic and Republican parties had pro-Zionist platforms. Polls then showed Americans supporting a Jewish state two-to-one.

Today, support for Israel remains wide, largely bi-partisan, and dynamic.  This week, nearly 20,000 will gather in Washington as part of AIPAC’s annual policy conference. AIPAC is one of the largest and most consistently pro-Israel organizations in the US. It mistakenly and pejoratively is sometimes referred to as the “Jewish lobby.”  Yet American support for Israel is not limited to Jewish Americans. Indeed, far outnumbering American Jews are millions of American Christians and others for whom support of Israel is a biblical obligation based on the imperative of Genesis 12:3 where God promises he will “Bless those that bless you.”

Underscoring this, at the same time as AIPAC is taking place in Washington, another no less significant gathering will take place on the opposite coast with thousands of pro-Israel Christians gathering for the National Religious Broadcasters convention. This is not a pro-Israel group the same way that AIPAC is, by definition. However, the NRB attendees are no less so.

Seven decades after its miraculous rebirth and prospering against all odds, there are many more reasons why America supports Israel. Despite all the challenges to its existence, Israel remains the only thriving democracy in the Middle East, ensconcing and protecting the rights of all its citizens uniquely.

Israel protects the rights of all regardless of gender, religion, or ethnicity, and guards and protects holy sites for all religions.  Christians know that Israel is the only place in the Middle East where Christians can worship openly and freely. This is especially significant considering widespread persecution and even murder of Christians in Moslem countries.

The US and Israel have a common interest militarily. As the outpost of western democracy in the Middle East, this partnership has served well to keep encroaching ideologies of Communism and Islamic extremism in check. Americans also know that not only has the US not ever had to send troops to Israel’s defense, but Israel’s military innovations have served US interests well. Through joint military cooperation, the US has also benefitted from Israel’s use of American military hardware in combat.  This makes the US stronger as the armies have close and collaborative relationships.

Common military interests underscore the fact that America and Israel have common enemies. This is obvious today with Iran leading the world's Islamic extremists that threaten both Israel and the US. Yet, it’s not uniquely recent. It was the same for Mordecai Noah, to whom President Adams wrote in 1819, who served as an American diplomat in northern Africa where he rescued Americans enslaved by Moslem captors.

Speaking with a Christian friend about why Americans support Israel, he replied “My reasons are quite simple. It comes down to one verse. I will bless those who bless you, And I will curse him who curses you; And in you all the families of the earth shall be blessed. (Genesis 12:3) Simply, God loves His chosen people, and so do we.”

The history of American support for Israel makes Zionism, the movement to restore the Jewish people to the Land of Israel, as American as baseball and apple pie.