Jonah Goldberg
|
Posted: Aug 30, 2019 12:01 AM
Share   Tweet
The opinions expressed by columnists are their own and do not necessarily represent the views of Townhall.com. 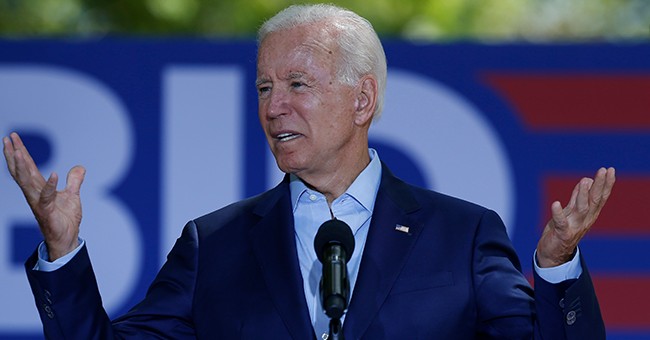 Front porch campaigns were once a common feature of American presidential politics, though the term wasn't always applied to the practice. The most famous front porch campaigns were in the 1880s and 1890s, culminating in William McKinley's successful bid in 1896. While populist Democrat William Jennings Bryan crisscrossed the nation, giving speeches from any soapbox he could fine, McKinley largely stayed home and campaigned from his front porch, where the national media had set up camp. McKinley spent more money -- on advertising, organizing and surrogates -- but less time pressing the flesh with the voters.

Warren Harding was the last president to use the tactic, applying it in his successful 1920 run. That contest, whose centenary is just around the corner, was the last election in which the major high-tech form of political advertising was the record album.

In 1924, the election by phonograph was replaced with the first radio campaign ads. For the next 28 years, radio would be the leading edge of political communication, as Franklin D. Roosevelt demonstrated when he ran a kind of front porch campaign in the form of "fireside chats." Then, in 1952, Dwight D. Eisenhower cut the first presidential TV commercials -- 40 spots lasting 20 seconds each, marketed as "Eisenhower Answers America." This, too, was an update on the front porch model.

Television dominated political campaigns for the next 60 years or so. But it seems TV, while still important, is no longer the indispensable tool it once was. According to Ad Age, spending on digital advertising -- online video, email, social media, etc. -- grew 789 percent from 2012 to 2016. That trend will only continue.

Which brings me to Biden. There are three reasons he should consider running a front porch campaign for the digital age: because he can, because it would be good for him, and because it just might be good for the country.

Biden is crushing Donald Trump in the polls in no small part because he is a known quantity, having been on the public stage for decades, most notably as V.P. for eight years under Barack Obama. Biden's lead in matchups between Trump and various Democratic candidates is his single greatest advantage in the Democratic primaries.

The risk for Biden is that he's not a good presidential campaigner, as his two prior attempts demonstrated. While he may be showing signs of age, the truth is that he's always been prone to gaffes, malapropisms, exaggerations and misstatements. Every time Biden opens his mouth in an unscripted situation, there's a chance he'll say something goofy that undercuts his elder statesman status.

So why play the game the way the others are playing it? In most sports, when you're ahead by double digits, the smart (though boring) strategy is to play it safe and sit on your lead. Getting into arguments with political Lilliputians like Sen. Corey Booker or Andrew Yang elevates their profile while lowering Biden's. And if Biden loses his cool and starts shouting, "And you can take those ducks to the bank!" or "My pants are made of iron!" the game is over.

He should borrow a page from Beto O'Rourke and release videos on Instagram or Facebook on his terms. Yes, I know that strategy isn't working for O'Rourke, but that's because O'Rourke isn't the front-runner, and his videos are a cry for attention from a hipster doofus. The front-runners always get attention because they're the front-runners.

The media and the activist base of the Democratic Party want a lot of drama and ideological radicalism -- partly because both groups are well to the left of not just the average American but the average Democrat, and partly because drama makes for better ratings. But most voters are sick of all the drama, and they're turned off by calls for socialism and the like.

This isn't an endorsement of Biden -- I can't go there -- but rather an endorsement of a more elevated and dignified form of presidential campaigning. The presidency has grown ever more populist over the last few decades, and that's contributed significantly to the ugliness of our politics. Biden is trying to run as figure who represents all Americans -- which is why he takes pains to say nice things about Republicans and Trump voters, much to the dismay of his fellow Democrats. That's a smart electoral strategy, if he can win the nomination.

Getting in the Democratic mosh pit undercuts that strategy and his chances for winning the nomination. There's no rule that says he has to do that.