Jonah Goldberg
|
Posted: Jul 31, 2019 12:00 AM
Share   Tweet
The opinions expressed by columnists are their own and do not necessarily represent the views of Townhall.com. 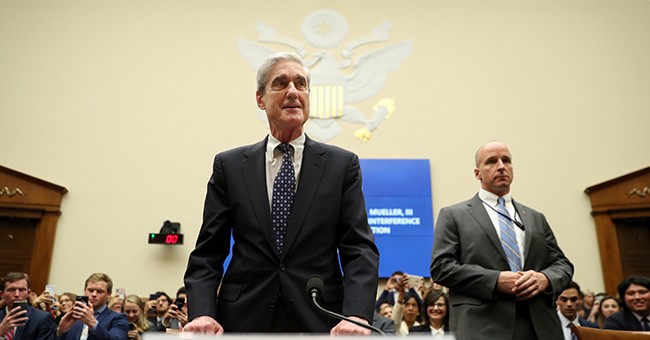 The impeachment show needs to be suspended and sent back for major rewrites -- or, better yet, canceled entirely.

I use the word "show" deliberately, because that is what it has become. In the most recent episode of House Democrats versus President Trump, pro-impeachment members were hoping special counsel Robert Mueller's testimony would provide the boost the show needed. "Nobody reads the book," House Judiciary Committee Chairman Jerrold Nadler (D-N.Y.) said in a widely repeated line, referring to the Mueller report, "but everybody will watch the movie."

The problem is the Mueller episode was boring, and the same folks who said it was going to be a hit are now furious at those judging it like an entertainment.

The show bombed largely because Mueller refused to play his part. Not only were his halting answers designed to deny newscasters a single sound bite, but he also refused to play the wise elder statesman role Congress so often assigns outsiders in the hope they will do whatever job the representatives themselves are incapable of doing. Congress loves to hand off its responsibilities to above-the-fray public servants -- special commissions, blue ribbon panels and, of course, independent or special counsels -- because its members lack the moral authority and expertise to act alone. But that rarely works.

It's time to acknowledge that Congress is broken and has been for a very long time; the ongoing impeachment debacle is merely a symptom.

One reason Republicans lost their House majority in 2018 was they had abdicated their oversight responsibilities. Now Democrats run the House, and they're fumbling, too. The Democrats who flipped the House did so by capturing districts Trump had won two years earlier, and they won not by talking about impeachment but by promising to address health care and serve as a "check" on the White House.

Instead of following through on that, however, Congress just keeps flirting with impeachment, a nonstarter even if it were a good idea. House Speaker Nancy Pelosi (D-Calif.) sees this clearly, though her motive obviously has less to do with wanting to spare Trump impeachment than her conviction that impeaching him would jeopardize a Democratic victory in 2020.

She's probably right about that. About 53 percent of Americans disapprove of Trump these days. But some 63 percent disapprove of impeachment, according to a recent Washington Post poll. The base of the Democratic Party may be clamoring to see Trump frog-marched to Guantanamo Bay, but a majority of voters aren't, including many who dislike Trump.

Most of the Democratic representatives pushing for impeachment come from the very blue districts where the base is concentrated. Nadler, who represents famously liberal bastions in Brooklyn and Manhattan (including Greenwich Village and the Upper West Side), frets about a primary challenge if he doesn't deliver, so he talks about how the impeachment process isn't dead yet, as if he were the pet shop salesman in the Monty Python "dead parrot" sketch. He needs to keep the possibility alive.

Even if Mueller had knocked it out of the park, the odds of successfully removing Trump in a Senate trial would have improved from zero to, maybe, 5 percent. You need two-thirds of a GOP-controlled Senate for removal. You also need -- fun fact here -- the Senate to agree to take up the impeachment in the first place. Hence the odds of removing Trump from office before the 2020 presidential election would still be zero even if Mueller had given an Oscar-worthy performance.

None of this speaks to the underlying question of whether Trump should be impeached. Reasonable people can disagree on that. But if congressional Democrats were hoping Mueller's testimony would provide some new smoking gun, they are sorely disappointed.

The obvious course here is for some Democratic presidential candidate or candidates to explain to voters in a forceful and persuasive way the basic truth about impeachment: There isn't the time and there aren't the votes to remove Trump from office through impeachment, and trying to impeach him might ensure his election. The only real course available for removing Trump from office is victory at the ballot box. And if Democrats have any hope of doing that, they better quit talking about impeachment and start talking about health care and the economy and the other issues voters actually care about.

It's the obvious choice, but also the harder one for a party obsessed with pandering to its base and a Congress that is addicted to easy answers.