Legalization Isn't the Solution to the Opioid Crisis

Jonah Goldberg  |  Nov 01, 2017
The opinions expressed by columnists are their own and do not necessarily represent the views of Townhall.com.
Top Columns
Trending on Townhall Media 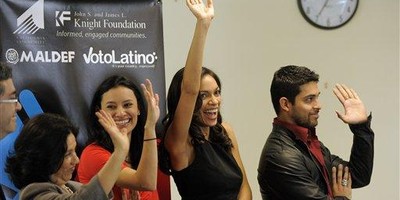 One painful aspect of the public debates over the opioid-addiction crisis is how much they mirror the arguments that arise from personal addiction crises. If you've ever had a loved one struggle with drugs -- in my case, my late brother, Josh -- the national exercise in guilt-driven blame-shifting and finger-pointing, combined with flights of sanctimony and ideological righteousness, has a familiar echo.

The difference between the public arguing and the personal agonizing is that, at the national level, we can afford our abstractions. When you have skin in the game, none of the easy answers seem all that easy.

There's also a lot of truth to "just say no," but once someone has already said "yes," it's tantamount to preaching "keep your horses in the barn" long after they've left.

But if there's one seemingly simple answer that has been fully discredited by the opioid crisis, it's that the solution lies in wholesale drug legalization.

In "Libertarianism: A Primer," David Boaz argues that "if drugs were produced by reputable firms, and sold in liquor stores, fewer people would die from overdoses and tainted drugs, and fewer people would be the victims of prohibition-related robberies, muggings and drive-by-shootings."

Think of the opioid crisis as the fruit of partial legalization. In the 1990s, for good reasons and bad, the medical profession, policymakers and the pharmaceutical industry made it much easier to obtain opioids in order to confront an alleged pain epidemic. Doctors prescribed more opioids, and government subsidies made them more affordable. Because they were prescribed by doctors and came in pill form, the stigma reserved for heroin didn't exist.

When you increase supply, lower costs and reduce stigma, you increase use. And guess what? Increased use equals more addicts.

A survey by the Washington Post and the Kaiser Family Foundation found that one-third of the people who were prescribed opioids for more than two months became addicted. A Centers for Disease Control study found that a very small number of people exposed to opioids are likely to become addicted after a single use.

The overdose crisis is largely driven by the fact that once addicted to legal opioids, people seek out illegal ones -- heroin, for example -- to fend off the agony of withdrawal once they can't get, or afford, any more pills. Last year, 64,000 Americans died from overdoses. Some 58,000 Americans died in the Vietnam War.

Experts rightly point out that a large share of opioid addiction stems not from prescribed use but from people selling the drugs secondhand on the black market, or from teenagers stealing them from their parents. That's important, but it doesn't help the argument for legalization. Because the point remains: When these drugs become more widely available, more people avail themselves of them. How would stacking heroin or OxyContin next to the Jim Beam lower the availability? Liquor companies advertise, a lot. Would we let, say, Pfizer run ads for their brand of heroin? At least it might cut down on the Viagra commercials.

I think it's probably true that legalization would reduce crime, insofar as some violent illegal drug dealers would be driven out of the business. I'm less sure that legalization would curtail crimes committed by addicts in order to feed their habits. As a rule, addiction is not conducive to sustained gainful employment, and addicts are just as capable of stealing and prostitution to pay for legal drugs as illegal ones.

The fundamental assumption behind legalization is that people are rational actors and can make their own decisions. As a general proposition, I believe that. But what people forget is that drug addiction makes people irrational. If you think more addicts are worth it in the name of freedom, fine. Just be prepared to accept that the costs of such freedom are felt very close to home.