Going to Extremes to Start a Conversation

Jonah Goldberg
|
Posted: Jun 10, 2016 12:01 AM
Share   Tweet
The opinions expressed by columnists are their own and do not necessarily represent the views of Townhall.com. 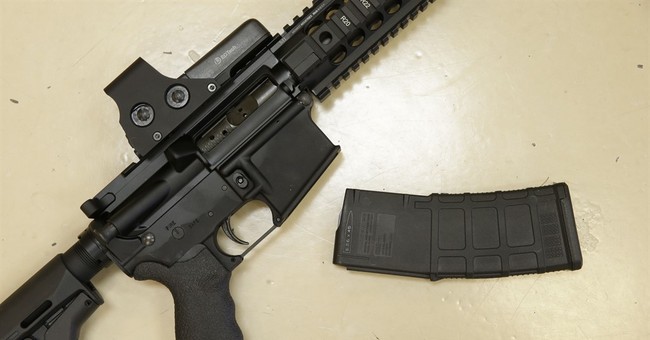 The other day, former CBS News darling Katie Couric was speaking at an event organized by something called "TheWrap." Specifically, at its "Power Women Breakfast" in New York. (That is exactly the kind of event I'd expect Couric to be at, and I don't even know what it is.)

She was asked about the scandal swirling around her anti-gun-documentary -- specifically, the fact that she deceptively edited a gun rights group's response to a question to make the members seem like dangerous idiots.

I wrote about all that in a recent column, so there's no need to repeat myself beyond noting that Couric and her producer are guilty of outright deception. But I thought her response was amusingly revealing.

"I can understand the objection of people who did have an issue about it," Couric said. (The "it" here is the deliberate falsifying of the truth). "Having said that, I think we have to focus on the big issue of gun violence. It was my hope that, when I approached this topic, that this would be a conversation starter."

After all, who denies that starting conversations -- or, as they often call them in academia, "dialogues" -- is the highest aspiration there is?

For instance, a Central Michigan University professor claimed last year that she was punched in the face at a Toby Keith concert for being a lesbian. She later admitted that she actually punched herself, but said it was worth it because she wanted to start a dialogue.

As the Washington Examiner's Ashe Schow recently chronicled, this sort of thing is common on college campuses. Students and professors initiate or exacerbate a hate-crime hoax or a false rape accusation. The orchestrators are perfectly happy to pretend the fraud is real and demonize anyone who casts doubt on the claims.

Then, when the facts come to light, instead of apologies we're saturated with a fog of pomposity and self-justification: We were just trying to start a conversation. Raising awareness of the larger issue is more important than the mere facts.

That was the excuse offered by a herd of academics on the 10th anniversary of the Duke University lacrosse rape hoax. Professors there had taken out ads suggesting the exonerated attackers were racists. In response to criticism, they insisted that they just wanted to get a good discussion going.

We've heard similar prattling about the University of Virginia rape hoax and many other fabricated events on college campuses (and off) going back decades. I started writing about such instances of "lying for justice" 20 years ago, and it has only gotten worse.

I don't think people appreciate how pernicious and widespread this crowdsourced totalitarianism really is. Routine lies in the service of left-wing narratives are justified in the name of "larger truths," while actual truth-telling in the other direction is denounced as hate speech or "triggering."

Even when liberals call for an "honest conversation" about this, that or the other thing, what they really mean is they want everyone who disagrees with the prevailing progressive view to fall in line.

Almost invariably, when I hear calls for "frank talk," "honest dialogue" or a new "national conversation," I immediately translate it as, "Let the next chapter of indoctrination begin." It's a way of luring dissenters from political correctness out into the open so they can be smashed over the head with a rock.

Remember, behind every obvious double standard is a hidden single standard. For instance, earlier this year, The New Yorker's Jane Mayer came out with a book attacking libertarian philanthropists Charles and David Koch called "Dark Money: The Hidden History of the Billionaires Behind the Rise of the Radical Right." When asked by NPR's Steve Inskeep what the nefarious supervillains of her screed were really up to, she ominously explained, "What they're aiming at is changing the conversation in the country."

Well, so are left-wing billionaire George Soros and his minions. So is Mayer herself. So are all of these campus fraudsters and activists. And so is Katie Couric. But when someone on the other side of the ideological chasm questions the official narrative, they must be demonized or otherwise silenced. Why? Because the last thing progressives want is to start an honest conversation. They want to have their conversations -- and only their conversations.