Why Narratives Are More Powerful Than Ideas 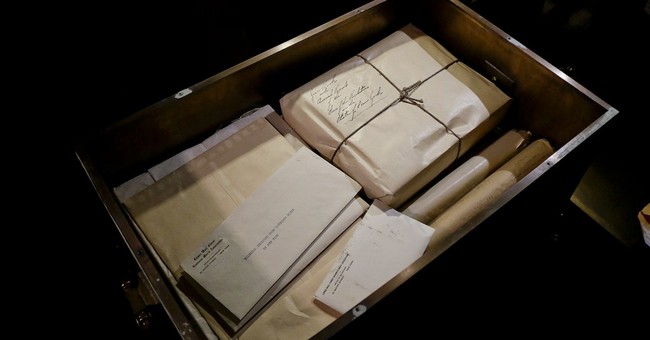 There is an enormous amount of whining these days about our ideological debates. This gets the problem wrong. Ideological debates are fought over ideas, but politics is more often about competing stories, or, as the eggheads call them, "narratives."

Much has been written about the power of ideas. "The ideas of economists and political philosophers, both when they are right and when they are wrong, are more powerful than is commonly understood," John Maynard Keynes famously wrote. "Indeed, the world is ruled by little else. Practical men, who believe themselves to be quite exempt from any intellectual influences, are usually slaves of some defunct economist."

Victor Hugo even more famously declared, "There is one thing stronger than all the armies in the world, and that is an idea whose time has come."

Maybe so, but the only reason an idea's time ever arrives is that some story gives birth to it.

Of course, the two overlap. You may boil down your beliefs to a series of ideas, but odds are that every lesson you ever learned came at the end of a story, either one you lived or one you watched unfold. All great religions are taught to us as stories. Every great journalistic exposé came in the form of a story. We evolved to learn through stories. We may as well be called homo relator, or storytelling man.

Ideas are surprisingly easy to let go of, if pried loose by the right story. Stories, meanwhile, are shockingly difficult to let go of, even if they convey a bad idea. Just try to tell someone who has gotten a raw deal in life that their story is not typical of America. Or, if you prefer, try to tell someone who's been fortunate at every turn that their story isn't typical either.

For much of the summer, large numbers of Americans insisted that the shooting of Michael Brown in Ferguson, Missouri, was one kind of story. It was a tale of institutional racism in which the police are the villains and young African-American men the innocent victims. This was the storyline many in the media wanted, and it was one they were determined to get.

Now, as a grand jury goes about prying fact from fiction, the story is falling apart as a matter of legal reality. But you can be sure the story will live on for decades to come. That's in no small part because many decent Americans have locked themselves into the belief that the heroic chapter of the civil rights movement can never end. The story must go on so they can continue to cast themselves as the heroes.

Last week, John Kerry, suggested that the rise of the Islamic State was fueled by the Israeli-Palestinian conflict. One could call this an idea, of course, but that would be too generous given its stupidity. But it is perfectly consistent with a certain story people have been telling about Israel for decades. Millions, if not billions, of people are invested in that tale of unique Israeli villainy, and they will not let go of it regardless of the facts.

Modern-day environmentalism is full of talk about data and "settled science." But science is never settled, because science is the craft of unsettling what we know at any given moment. If science could settle, man would never learn to fly or read by electric light. Meanwhile, inconvenient data is left on the cutting-room floor as an ancient story is retold in modern terms.

"If you look carefully," Michael Crichton once observed, "you see that environmentalism is in fact a perfect 21st century remapping of traditional Judeo-Christian beliefs and myths."

Preindustrial times are our Edenic past, when man and nature were in balance. Forbidden knowledge leads to disharmony, and our sin invites a looming judgment day.

Similarly, so much that passes for ideological opposition to capitalism is in reality loyalty to a storyline disproved by reality. Indeed, one reason climate change hysteria is so hard to combat is that, unlike previous indictments of capitalism, it is immune to falsification -- if temperatures rise or if they fall, it's evidence of impending calamity. For generations we were told that democratic capitalism was bad for the environment compared with the enlightened rule of socialism. But everywhere this proposition was put to the test, it failed.

I understand that the difference between narratives and ideas can be a subtle one. But if you keep the distinction in mind, the arguments tearing apart America become more comprehensible. It is a conflict of visions driven by adherents of two versions of the story of America. And whichever side wins, the victors will determine the story taught to the next generation.