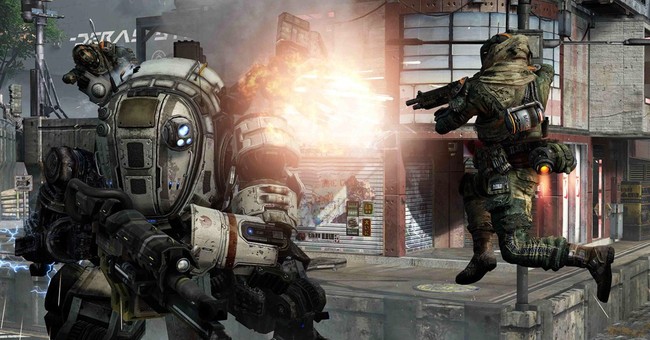 Can we please stop holding the country hostage to crazy people?

Every year a tiny number of mentally ill people go on horrific killing sprees. It just happened in California. I won't name the person because I think the media attention lavished on these horror shows encourages some of these young men -- and they are almost all young men -- to seek fame or validation through bloodshed.

In an entirely human response, we get spun up into a frenzy of finger-pointing. In the aftermath of the Gabby Giffords shooting, many of the country's leading journalists and politicians suggested the former congresswoman was shot because of the "violent" political rhetoric of Sarah Palin, Rep. Michele Bachmann and other Tea Party-affiliated politicians. It was beyond stupid and slanderous. It was also utterly devoid of evidence. (The culprit was a severe paranoid schizophrenic who abused drugs.)

In 2012, at a screening of "The Dark Knight Rises" in Aurora, Colorado, another mentally ill young man allegedly murdered 12 people. Because he died his hair orange and booby-trapped his home the way the comic book villain The Joker might have, many speculated that he was motivated by the Batman movies to kill.

After the particularly horrifying mass murder in Newtown, Connecticut, many speculated that the mentally ill killer was at least partially driven to kill by violent video games.

In the wake of the recent murder spree in California, Washington Post film critic Ann Hornaday tried to lay some of the blame on romantic comedies.

"How many students watch outsized frat-boy fantasies like "Neighbors" and feel, as [the suspected killer] did, unjustly shut out of college life that should be full of 'sex and fun and pleasure'? How many men, raised on a steady diet of Judd Apatow comedies in which the shlubby arrested adolescent always gets the girl, find that those happy endings constantly elude them and conclude, 'It's not fair'?"

Hornaday was vilified, drawing the ire of many of the same liberals who thought nothing of blaming the Giffords shooting on Tea Party rhetoric. The hypocrisy is annoying, but the more interesting issue is: What if Hornaday is right? What if everyone is right? What if Batman movies, militaristic metaphors in politics, Seth Rogen's romantic exploits, video games and -- for good measure -- violent movies, existentialist philosophy, "The Catcher in the Rye" and all of the other usual suspects are what set off these sick young men?

In other words: So what? I don't mean to trivialize these heinous tragedies, but what, exactly, do people propose? Should we police film, politics, novels, video games and every other type of communication and discourse for words and ideas that might set off a statistically microscopic minority of crazy people? What would that effort look like? How many censors would it require? How many hundreds of millions of people would be inconvenienced? Could free speech and artistic expression possibly survive?

Oh, and would it actually, you know, work?

I am not an absolutist on such things. After all, I'm not naming these killers precisely because I think the culture matters, including the news culture. But I am more concerned about the effects of culture on sane people. Regardless, it seems to me like a kind of insanity to think we can hold the entire society hostage to the reactions of insane people.

Why not instead focus on the source of the problem: the very small minority of mentally ill people who pose a danger to themselves and others. And, yes, guns need to be part of that equation. But blanket efforts to ban guns seem like an analogous effort to ban dangerous speech or art. About a third of U.S. households own a gun, according to surveys, but the number may be higher than that. Getting rid of guns will infringe on the rights of tens of millions of sane, law-abiding citizens in order to tackle a problem posed by dozens of people. And, like it or not, the Supreme Court has reaffirmed that we have a constitutional right to own a firearm, subject to reasonable regulation.

One reasonable regulation: doing what we reasonably can to keep guns out of the hands of people who might find Seth Rogen's sexploits, or video games, or Batman movies a good excuse to murder innocent people in cold blood. There would still be murderers, of course. But at least the focus would be where it belongs.