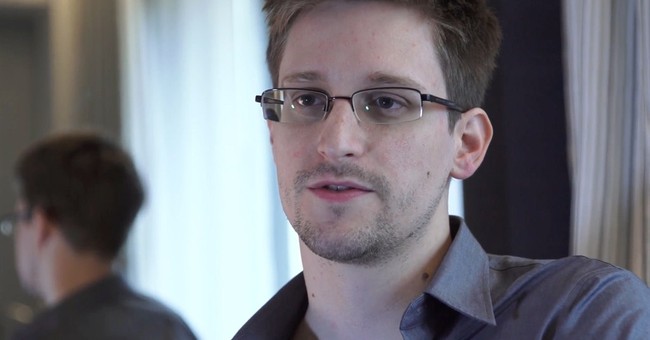 Self-proclaimed civil libertarians are up in arms over the National Security Agency's massive database containing information about whom we call and what we do on the Web. Defenders of the program say, "So what?" Unless you're a terrorist, no one in the government will ever bother to access that information.

"At least 850,000 people have security clearances that give them access to this information," Tiffiniy Cheng of Fight for the Future recently wrote on The Huffington Post. "That's the size of Boston. Imagine if they leak information about a politician or business leaders' personal life -- what about a prominent activist? The opportunities for abuse and blackmail are endless; despite what some members of Congress have claimed, the history of government surveillance programs is riddled with abuses."

Farhad Manjoo of online Slate magazine agrees. The "fundamental problem" with the NSA's surveillance program is that it's amassing an all-too-tempting stockpile of information. "Someone has access to that data, and that someone might not be as noble as (Edward) Snowden. He could post everything online. He could sell it to identity thieves. He could blackmail you. Or he might blackmail politicians, businesspeople, judges, TSA agents, or use the data in some other nefarious way."

One needn't be a privacy absolutist, never mind a paranoid conspiracy theorist, to believe that this is a legitimate concern. One can even support the NSA's PRISM program and still want significant safeguards against abuse.

What I have a hard time understanding, however, is how one can get worked up into a near panic about an overreaching national security apparatus while also celebrating other government expansions into our lives, chief among them the hydrahead leviathan of the Affordable Care Act (aka Obamacare). The 2009 stimulus created a health database that will store all your health records. The Federal Data Services Hub will record everything bureaucrats deem useful, from your incarceration record and immigration status to whether or not you had an abortion or were treated for depression or erectile dysfunction.

In other words, while the NSA can tell if you searched the Web for "Viagra," the Hub will know if you were actually prescribed the medication and for how long. Yes, there are rules for keeping that information private, but you don't need security clearance or a warrant to get it.

Then there's the IRS. We already have evidence of abuse there. For instance, the National Organization for Marriage, which opposes same-sex marriage, had its tax returns and private donor information leaked to the news media last year, presumably in order to embarrass Mitt Romney (he gave the group $10,000) and others during the presidential election.

Part of the answer surely stems from the fact the progressive dream of government-guaranteed health care is fashionable, while opposition to it is perceived by liberal elites as backward or villainous.

But it goes deeper than that. There are basically two visions of oppressive government, the Orwellian and the Huxleyan. In George Orwell's "1984," the dystopia is a totalitarian police state, where everyone is snooped on and bullied. In Aldous Huxley's "Brave New World," most people are happy because the government takes care of them.

Culturally, Americans of all stripes recoil at anything that seems like a step on the slippery slope toward the Orwellian state. But we lack the same reflexive response against things that smack of the Huxleyan.

Sure, we make fun of New York Mayor Michael Bloomberg's campaigns against smoking, fatty foods, large beverages and the like. And yes, we mock the excesses of political correctness and a government hell-bent on doing things for "our own good." But it's worth noting that Bloomberg & Co. tend to win their battles in no small part because they're supposed to be champions of progress.

Our Constitution -- and any definition of a legitimate government -- requires the state to protect its citizens from threats such as foreign terrorism. Governments can go too far fulfilling that duty, of course, conjuring valid concerns of an Orwellian police state. And we routinely have healthy debates over where that line is. If only we could have similarly healthy debates about a government with an eternal license to do things for our own good.