Slipping a Mickey to California Dems 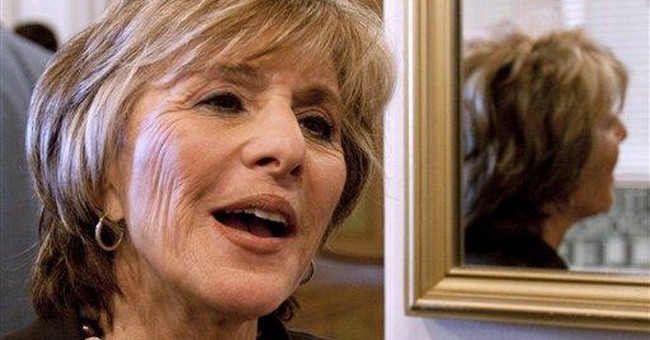 After Lyndon Johnson was elected to Congress in 1937, he got word that a liberal magazine, The New Republic, was going to profile him alongside other New Deal stalwarts. Johnson was horrified. He called a friend from the International Labor Organization and begged her to find some prominent labor figure to repudiate him. If "they put out that ... I'm a liberal hero up here," LBJ sputtered, "I'll get killed. You've got to find somebody to denounce me!"

The biggest favor I could do for Kaus would be to denounce him with a full-throated blast of right-wing dragon fire. But, I can't do it. I just like and admire the guy too much.

The balding, often disheveled, late-middle-aged blogger is running against Sen. Barbara Boxer in the Democratic primary. The bad news: The Los Angeles Times (for whom I write) couldn't bring itself to endorse Kaus because he "gives no indication that he would step up to the job and away from his Democratic-gadfly persona." The good news is that the paper couldn't bring itself to endorse Boxer either. After Boxer's nearly 18 years in office as one of America's highest-profile senators, helping to oversee the near implosion of her state, the Times concluded that she "displays less intellectual firepower or leadership than she could."

I loved that. Is she keeping her "firepower" in reserve? Are there large stockpiles of secret intellectual firepower that UN inspectors don't know about?

More seriously, if ever there was a time when the Democratic Party needed gadflies, this is it.

Kaus' gadflyness is mostly to be found in two issues: illegal immigration and unions -- and the inability of either party to do what most Americans want on those issues. "Everybody wants to secure the borders first," Kaus says. Then, when the problem is under control, we can talk about one last amnesty and how generous our legal immigration system should be. "But neither party will do that ... neither party is listening."

"Most people want to fire bad teachers," he observes. But we can't. "The implication is the unions are in control. Deal with it."

One mystery: Why has it fallen to Kaus and his well-worn keyboard to challenge Boxer? Given the state's enormous problems, Boxer's lockstep-liberalism ("You will search in vain for any deviation from Democratic orthodoxy" in Boxer's record, says Kaus) and the anti-incumbent mood in America, you would think a more serious and ambitious politician would step into the breach. After all, everywhere you look across the political landscape, incumbents are in trouble -- except California.

Kaus admits it's a bit of a mystery to him, too. One partial answer is that Democrats who work within the California system must volunteer for political castration by the unions and liberal interest groups. The system needs an outsider, because the system itself is the problem.

He has a point. The system beat Arnold Schwarzenegger, once hailed as the he-man savior of California and the GOP, now universally recognized as the political milquetoast known as Mr. Maria Shriver. Meanwhile, California's on the verge of becoming a North American Greece, largely because of a 2,000 percent increase in pension costs over the last decade.

Alas, Kaus fears, "I'm the only politician who won't get picked up in the anti-incumbent tide."

He's probably right. Which is why I suspect that Boxer will lose her seat come November. The tectonic pressures building for a political earthquake this year are more obvious by the day. But Boxer remains an aloof caricature of liberalism, holding her intellectual firepower in reserve the way a compulsive hoarder keeps pizza boxes and old J. Crew catalogs in her garage.

Full disclosure: Kaus is way too liberal for me, but that doesn't mean he wouldn't be an exhilarating addition to the Senate, in the grand tradition of Daniel Patrick Moynihan. Like Moynihan, Kaus is a fearless asker of hard and unwanted questions. He may have the single most finely attuned B.S. detector of anyone in the journalism business -- or any other business.

When William F. Buckley ran for Mayor of New York City, he was asked what he would do if he won. "Demand a recount," he shot back. Given Kaus' nose for nonsense, he'd probably have the same reaction if he beat Boxer.

Which he won't do. But it's still possible for Kaus to at least shake Boxer out of her left-wing stupor and force her to hunt for the cache of firepower that appears to have rolled under her refrigerator.