America Through the Reality Lens 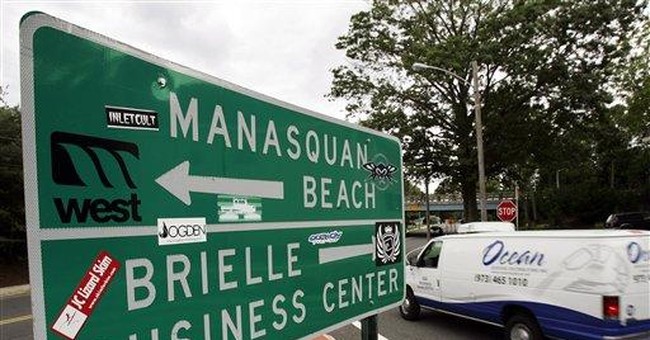 Culturally, this has been the decade of the reality show. And what do we have to show for it? Not much more than the contestants themselves.

Survey the wreckage. Richard Hatch, the first "Survivor" champion, was just released from prison (he didn't pay taxes on his winnings). The marriage of the Octoparents, Jon and Kate, is a shambles. Richard and Mayumi Heene were so desperate to land a reality series, they concocted an enormous hoax, convincing the country their child had been carried away in a balloon. Michaele and Tareq Salahi tried to claw their way onto the sure-to-be-hideous series "Real Housewives of D.C." by brazening their way into a state dinner. And alleged wife-killer Ryan Jenkins, a contestant on two VH1 shows, is a stark reminder that fame is not a reflection of good character.

Which brings us to "Jersey Shore." The show, which just started airing on MTV, follows a gaggle of barely literate bridge-and-tunnel steakheads and slatterns as they spend their summer at "the greatest meat market in the world." One of the absurdly tanned gibbons goes by the moniker "the Situation" because it gives him the excuse to ask women, "Do you love the Situation?" as he lifts his shirt to show off his washboard abs. Even if they all put their heads together, it's doubtful they could beat a carnival chicken at Tic-Tac-Toe.

In a teaser for this week's episode, one of the girls is punched in the face at a bar. But, after "consulting with experts on the issue of violence," MTV announced it wouldn't show the actual assault. While I can't fault the decision, it is kind of funny. The producers see nothing wrong with glorifying drunken idiocy and moral buffoonery in every episode, but they "responsibly" draw the line at physical violence because MTV is loath to promote reckless behavior.

When the not-so-hidden cameras catch one of the girls cheating on her boyfriend with a housemate sporting a pierced you-know-what, that's just pure entertainment. "You have your penis pierced. I love it," the drunken vamp exclaims.

Don't get me wrong; it's great television. But gladiatorial games would be great TV, too.

The Los Angeles Times reported the other day that the reality show industry is suddenly having a crisis of conscience about its impact on the culture. That's nice to hear, but it's not nearly enough.

It's not all bad news, to be sure. The elite minority's general acceptance of racial and sexual equality as important values has been a moral triumph. But not without costs. As part of this transformation, society has embraced what social scientist Charles Murray calls "ecumenical niceness." A core tenet of ecumenical niceness is that harsh judgments of the underclass -- or people with underclass values -- are forbidden. An added corollary: People with old-fashioned notions of decency are fair game.

Long before the rise of reality shows, ecumenical niceness created a moral vacuum. Out-of-wedlock birth was once a great shame; now it's something of a happy lifestyle choice. The cavalier use of profanity was once crude; now it's increasingly conversational. Self-discipline was once a virtue; now self-expression is king.

Reality-show culture has thrived in that moral vacuum, accelerating the decay and helping to create a society in which celebrity is the new nobility. One senses that Richard Heene thought -- maybe still thinks -- that the way to make his kids proud of him was to land a reality show. Paris Hilton, famous for being famous thanks in part to a "reality" sex tape released days before her 2003 reality show "The Simple Life," is now a cultural icon of no redeeming value whatsoever.

Whatever you think of what Toynbee and Murray would call the "proletarianization of the elites," one point is beyond dispute: The rich can afford moral lassitude more than the poor can. Hilton, heir to a hotel fortune, has life as simple as she wants it to be. Tiger Woods is surely a cad, but as a pure matter of economics, he can afford to be one.

The question is: can the rest of us afford to live in a society constantly auditioning to make an ass of itself on TV.