A Pragmatic Look at Obama's Pragmatism 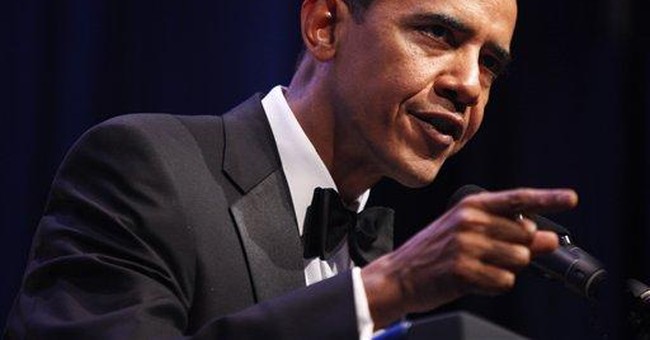 "When John McCain said we could just 'muddle through' in Afghanistan, I argued for more resources and more troops to finish the fight against the terrorists who actually attacked us on 9/11, and made clear that we must take out Osama bin Laden and his lieutenants if we have them in our sights," Barack Obama thundered as he accepted the Democratic nomination for president in Denver last year. "John McCain likes to say that he'll follow bin Laden to the gates of Hell. But he won't even go to the cave where he lives."

It was a shabby bit of rhetoric, even for a campaign. Insinuating that McCain, of all people, didn't have the intestinal fortitude to take the fight to bin Laden was not only absurd on its face, it smacked of overcompensation coming from the former community organizer whose greatest foreign policy passion prior to his presidential bid had been nuclear disarmament.

But the line did what it needed to do: communicate that Obama had the sort of true grit required to fight the good, i.e. popular, war in Afghanistan. That war may or may not be good anymore, but it is most certainly not popular. And so what was for Obama a "war of necessity" has become a de facto war of choice. At least that's the sense one gets as the president is suddenly searching for a politically palatable strategy other than the one he announced months ago.

Now, I think it would amount to both breathtaking cynicism and, far worse, bad policy for Obama to abandon Afghanistan to the Taliban and al-Qaida. That goes for the "Biden plan," which would amount to little better than a public relations effort whereby we would score regular symbolic victories while steadily losing the war.

But if it's sincere, I welcome Obama's willingness to rethink his position on an issue in which he invested so much political capital and machismo.

Obama came into office swearing he was a pragmatist who would support any approach that worked. He liked to invoke Franklin Roosevelt as his lodestar, for Roosevelt championed "bold, persistent experimentation." Discussing the economy, Obama told "60 Minutes": "What you see in FDR that I hope my team can emulate is not always getting it right but projecting a sense of confidence and a willingness to try things and experiment in order to get people working again."

That spirit has been woefully lacking in Obama's presidency so far. During the campaign, Obama's top domestic priorities were reform of health care, education and energy. When an economic crisis that is -- according to Obama, at least -- second only to the Depression exploded in front of him, Obama the alleged pragmatist concluded that, mirabile dictu, his year-old agenda was the perfect solution.

Obama insisted that as president of both "red" and "blue" America, he was open to ideas from both sides of the aisle. But his stimulus bill was as partisan and one-sided as Democrats claimed George W. Bush's tax cuts were. At least Bush's tax cuts actually cut taxes. It remains to be seen whether Obama's stimulus stimulated anything at all.

After ending the war in Iraq and taking the fight to bin Laden's cave, direct engagement with the Iranian regime was candidate Obama's greatest foreign policy priority. Partly this stemmed from the fact that he accidentally suggested in a debate that he would meet with Iranian President Mahmoud Ahmadinejad without preconditions. Rather than admit he was wrong, Obama stuck to his idee fixe throughout the campaign.

Since being elected, it seems that his off-the-cuff slipup wasn't that off the cuff. Despite an ever-increasing number of lies, subterfuges and outrages on the part of the Iranians, the Obama administration has seemed convinced that they can be talked into compliance with the so-called international community.

But the optimist can look at Obama's newfound open-mindedness on Afghanistan and his potential orchestration of international sanctions against Iran as proof that reality is prying him from his ideological cocoon.

Alas, there's another way of reading recent events. Critics always claimed that Obama was a very left-wing fellow who was never the centrist he claimed to be. The pessimist might suspect that Obama's newfound pragmatism only manifests itself when it permits him to abandon the centrist positions that may have helped him get elected but are of no use to him politically anymore. What seemed like principled centrism in 2008 might simply be exposed as left-wing expediency in 2009.

Here's hoping the optimists are right.