Anger Over CIA Flap Is Misplaced 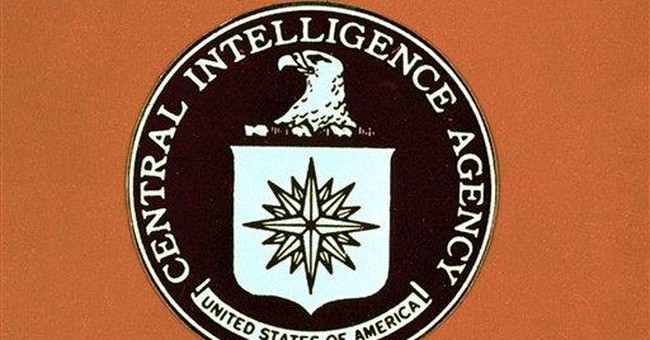 Where's the outrage? If this country had its head on straight, there would be nothing but white-hot popular fury over the latest Bush-era CIA scandal broken by the New York Times.

CIA director Leon Panetta reportedly told congressional committees that under Dick Cheney, the CIA hatched a plan, in the wake of 9/11, to kill senior leaders of al-Qaida. The CIA would send operatives to assassinate these terrorists in their homes and caves, if that's not redundant. President Bush reportedly put Vice President Cheney in charge of the scheme.

Now, here's where it gets confusing. The Democrats and much of the press insist the scandal is that Cheney never briefed Congress about specifics of the plan. There's only one hitch: The program never made it off the drawing board. No CIA operatives were sent out to kill members of al-Qaida.

Call me crazy, but I just assumed that the CIA was out there trying to kill as many senior members of al-Qaida as it could. Congress, in the spirit of broad patriotic bipartisan righteousness, authorized the use of force on al-Qaida after it killed 3,000 Americans on Sept. 11, 2001. Now we find out that the CIA lacked the competence or will to hunt down and kill men desperately in need of killing.

It's as if, years after Pearl Harbor, it was reported that the OSS had never tried to kill senior Japanese or German officials.

Yet the Democratic Congress is furious that it wasn't fully briefed on an operation that was never operationalized.

And it's worse than that. Nancy Pelosi, Dianne Feinstein and others make it sound like some rogue conspiracy was afoot "We were kept in the dark," complained Feinstein. "That's something that should never, ever happen again. Withholding such information from Congress "is a big problem because the law is very clear."

But in the fall of 2001, Bush issued an executive finding authorizing covert counterterrorism measures. Congress was briefed on that. Even a cursory reading of the public record at the time shows that Congress was nothing but supportive of the effort to take the fight to the enemy.

All Cheney is being accused of is that he may have told the CIA not to brief Congress on its methods until it actually had something concrete to report. Even that appears to be an exaggeration, since Michael Hayden, head of the CIA from 2006 through 2008, has insisted he was never told to keep this plan secret from Congress.

And, again, the main scandal is that the CIA couldn't ever get its act together enough to have anything concrete to report.

Now, one plausible defense of the Bush administration is that it determined that "targeted killings" via unmanned aerial vehicles (UAVs) such as Predator drones were a safer and more cost-effective way of killing the bad guys. Presumably Congress has no moral objection to that practice since we do that sort of thing all the time.

But there's an additional problem. It's bad enough to learn that our intelligence operatives haven't been able to kill our enemies. But it compounds the outrage when you broadcast that fact to the world.

It's an intelligence boon to al-Qaida's senior leaders when we inform them that America's spooks can't, or won't, get close enough to kill them.

It's hard to know what Panetta's motives are in all of this. But it's hard not to conclude that his agenda is political. Last month, in a seeming effort to appease Pelosi after he contradicted her slanderous claim that the CIA routinely lied to Congress, Panetta turned into a partisan attack dog. He claimed that Cheney hoped America would be attacked again, just so he could be proven right. Panetta later backpedaled, but the initial broadside seemed like an indication that he considers carrying water for the Democrats to be part of his job description.

Now Democrats are clamoring yet again for an investigation into Bush-era policies at precisely the moment their agenda is starting to unravel. The stimulus is looking more like a dud every day, Obama's health-care and cap-and-trade schemes are acquiring an increasingly bad odor politically, and suddenly Democrats, Panetta included, are looking to offer up a big, distracting spectacle by turning the CIA into a partisan cudgel.