The Prism of Obama 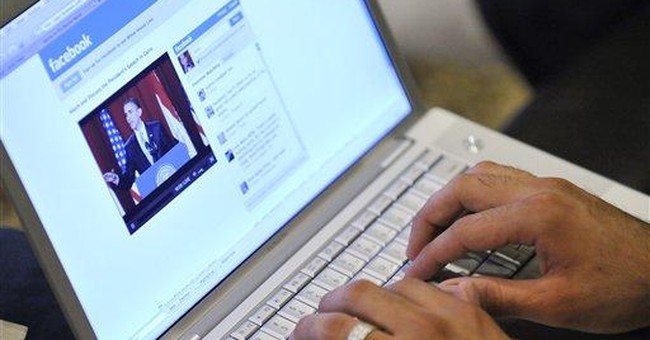 There is one thing about Barack Obama's speech in Cairo that critics and supporters can agree on: It was vintage Obama.

As an Obama critic, let me say from the outset that there was much that was good and praiseworthy in the president's address at Al-Azhar University on Thursday. His celebration of human rights, his condemnation of violent extremism and his denunciation of the anti-Semitism that infests so much of the Middle East, including Al-Azhar University, were welcome and eloquent. This shouldn't surprise. As Obama himself likes to observe, he can give a good speech.

And that points to another reason this was vintage Obama: It was fundamentally about him. It's becoming a cliche to say that Obama is always campaigning -- running for a job he already has. But that may put the cart before the horse. Just as plausibly, Obama is simply being Obama, a man hardwired to see the world as a stage built just for him, who can charm his way out of tight spots so well, it's like he's following Yogi Berra's advice: "When you come to a fork in the road, take it."

That can be a great personality for a candidate, perhaps not for a president. Consider Obama's habit of casting major issues through the prism of his personal radiance. For example, he premised his big speech last month on Guantanamo on his own unique relationship with the Constitution and Declaration of Independence: "I stand here today as someone whose own life was made possible by these documents. My father came to our shores in search of the promise that they offered. My mother made me rise before dawn to learn of their truth when I lived as a child in a foreign land. My own American journey was paved by generations of citizens who gave meaning to those simple words ..."

By all means, let us settle questions of national security and the Constitution based on Obama's "American journey," as if the Founding Fathers were in-house writers for the Hallmark Channel.

In Cairo, Obama was once again standing on the shoulders of his own legend:

"I have known Islam on three continents before coming to the region where it was first revealed. That experience guides my conviction that partnership between America and Islam must be based on what Islam is, not what it isn't. And I consider it part of my responsibility as president of the United States to fight against negative stereotypes of Islam wherever they appear."

That should have been a warning sign. In addition to CEO of GM, Thwarter of Rising Ocean Tides and countless other duties not found in the Constitution or tradition, Obama has decided to add Defender of the Muslim Faith to his job description.

Obama was reliably Obamaesque again when he disparaged the Iraq war as a "war of choice." But wait, he also thinks Iraq is better without Saddam, so maybe it was a good choice? Apparently not: "So let me be clear: no system of government can or should be imposed upon one nation by any other."

Which brings us back to that pesky "should" part. As ever, Obama's positions on Iraq cannot be reconciled. Just as he often celebrates our troops' success but can't say we succeeded, he celebrates Iraq's democratic progress but -- hamstrung by his own ideology and pride -- won't fully acknowledge that such progress is even possible, given that it began at the point of an American gun. In short, President Obama is straddling Iraq just as candidate Obama did.

But that's the irony here. This was precisely the moment to let Obama be Obama. For instance: Yes, he is a hypocrite for downplaying his Muslim connections when running for office and then touting them once in office. But such hypocrisy is a small price to pay. If Nixon was a statesman for laying aside his anti-Communism to engage China, then surely Obama can brag about his Muslim father. Obama has a cult of personality in the Muslim street. If he can exploit it for America's and the world's benefit, he should.

I am dubious any of this will work. But if ever there was a time to let Obama be Obama, this was it.