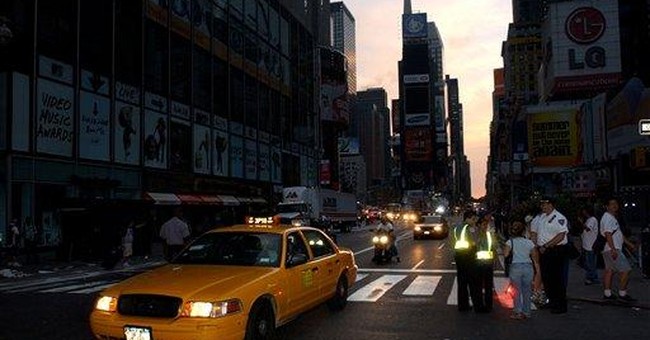 Shortly before John McCain suspended his campaign to help with the Wall Street bailout, his generals declared war on The New York Times.

In a conference call this week, McCain senior aide Steven Schmidt bellowed: "Whatever The New York Times once was, it is today not by any standard a journalistic organization. It is a pro-Obama advocacy organization that every day impugns the McCain campaign, attacks Sen. McCain, attacks Gov. (Sarah) Palin. ... Everything that is read in The New York Times that attacks this campaign should be evaluated by the American people from that perspective."

Strong stuff. And, to be fair, not exactly accurate. Biased or not, The New York Times is, of course, a "journalistic organization." There are many rooms in the mansion of journalism, and being fair or even-handed is not what makes journalism journalistic. In Europe, virtually all of the major papers are more ideologically biased than the Times, and I say that as someone whose father taught me to distrust the Times the way some Irishmen once taught their kids to distrust the English.

But to admit that Schmidt exaggerates his case is not to say that the truth isn't on his side. You can't exaggerate a lie.

One good test of how the Times has been covering the race is to see who is defending it. Liberal pro-Obama columnist E.J. Dionne protested the McCain attack as an attempt to "intimidate reporters and discredit those who try to give an honest account of the campaign."

New York University journalism professor Jay Rosen lamented on a left-leaning media site that if the McCain campaign thinks the Times is a "political action committee working for Obama ... then why does the Times have to treat the McCain crew as a Œnormal' campaign organization, rather than a bunch of rogue operators willing to say absolutely anything to gain power and lie to the nation once in office?"

The answer should be obvious: The New York Times doesn't owe fairness to McCain, it owes accuracy to its readers. Fairness to McCain would simply be a happy byproduct of that accuracy.

But the most telling defender of the Times was the Obama campaign itself, which leapt to vouch for the Gray Lady's probing investigative integrity. (Note: this is the same campaign that implored the Justice Department to shut down anti-Obama ads it didn't like and encouraged supporters to harass and shout down journalists - including my National Review colleagues David Fredosso and Stanley Kurtz - who've tried to investigate Obama's record with a gusto not to be found at America's "paper of record.")

According to Politico, Obama spokesman Bill Burton called Schmidt's attack on the Times "laughable." Burton released a list of 42 "probing stories" from the Times. Among these allegedly hard-hitting exposés were the following headlines: "In Law School, Obama Found Political Voice," "Charisma and a Search for Self in Obama's Hawaii Childhood" and "In Illinois, Obama Proved Pragmatic and Shrewd."

It's amazing the Obama campaign survived such an onslaught.

Meanwhile, the Times ran a scurrilous, unsubstantiated story suggesting McCain had an inappropriate sexual relationship with a lobbyist. Its coverage of Palin has been so heinous, Times readers could be forgiven for thinking the Alaska governor is a transvestite in a Klan robe who speaks in tongues.

The New York Times is clearly rooting for Barack Obama (just as it was rooting for McCain against Bush in 2000). As Kurtz has demonstrated, the Times has soft-pedaled Obama's ties to William Ayers, an unrepentant domestic terrorist whose former outfit, The Weathermen, bombed the Pentagon and other American targets.

Times editorials read like Obama press releases. On McCain's controversial ad criticizing Obama's vote for a sex-ed bill in the Illinois legislature, the Times proclaimed that McCain "flat-out lies" and argued that "at most, kindergarteners were to be taught the dangers of sexual predators." A plain reading of the actual bill shows that the Times is flat-out lying.

Attacking the press serves several purposes, not least of which is that it just feels good. It also galvanizes the base and informs swing voters to be more skeptical of what the press tells them. Of course, such griping can backfire, causing the press to become even more hostile, though it's hard to imagine what that would look like. But a good hard smack on the nose can offer some rewards.

For instance, during the Jeremiah Wright controversy, the Times refused to report that Obama's mentor and pastor had ever said "God damn America," even though that exclamation was central to the firestorm. But the day after the McCain campaign declared war on the Times, the quote appeared on the front page, six months late and in a story about McCain's negative campaigning. Such are the meager spoils of war.