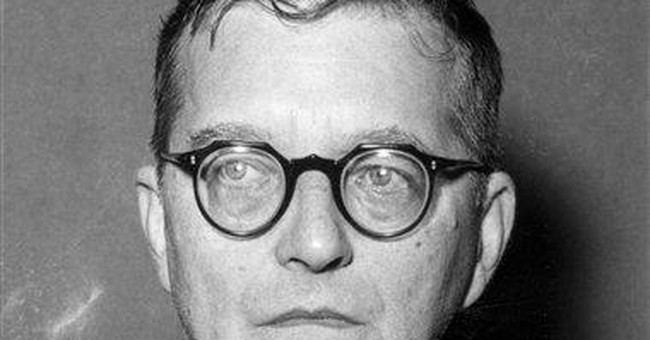 At a recent meeting of city officials in Dallas County, Texas, a small racial brouhaha broke out. County commissioners were hashing out difficulties with way the central collections office handles traffic tickets. Commissioner Kenneth Mayfield found himself guilty of talking while white. He observed that the bureaucracy "has become a black hole" for lost paperwork.

Seizing on the outrage, Judge Thomas Jones demanded that Mayfield apologize for the "racially insensitive analogy," in the words of the Dallas Morning News' City Hall Blog.

Houston Chronicle science blogger Eric Berger notes that everyone should be "very glad that the central collections office has not become a white hole, a theoretical object that ejects matter from beyond its event horizon, rather than sucking it in. It wouldn't be fun for Dallas to find itself so near a quasar."

Maybe so, but speaking metaphorically, if it were a white hole, that might suggest central collections was actually doing its job, ejecting paperwork in a timely fashion.

Call me nostalgic, but there was a time when this sort of stupidity actually generated controversy. Remember the Washington, D.C., official who used the word "niggardly" correctly in a sentence only to lose his job? That at least generated debate.

But these days, stories like this vomit forth daily and, for the most part, we roll our eyes, chuckle a bit and shrug them off.

Obviously, there's something to be said for ignoring the childish grievance-peddling that motivates so much of this nonsense. But the simple fact is that ignoring political correctness has done remarkably little to combat it. Meanwhile, people who make a big deal about it are often cast as the disgruntled obsessive ones.

The only people allowed to take political correctness seriously are the writers for "South Park," "Family Guy," "The Simpsons" and the like. Of course, they take it seriously because it's their bread and butter to mock the absurd pieties of daily life. But nearly everywhere else, the rule of thumb is that we should either defer to this stuff or quietly ignore it.

Now, I don't want to paint with too broad a brush. There is stuff that gets labeled political correctness that is entirely defensible. Because of the erosion of traditional authority that has marked the last half-century, for good and ill, society has been forced to re-create what defines good manners largely from scratch. Women, blacks and other historically marginalized groups have finally and deservedly gained an equal place in society. Treating fellow citizens with respect and dignity shouldn't be lumped in with the more radical agenda that also exploits political correctness.

For example, ditching the word "colored" from the vocabulary when it comes to describing blacks might have been seen as political correctness by many in the 1960s (though the phrase wasn't widely used), but that in no way means it wasn't the right thing to do. Or consider the idiots who shouted "iron my shirt" at Hillary Clinton (assuming it wasn't staged to help Clinton burnish her victim status). That's not bravely fighting political correctness. It's just rude and stupid.

But there's a separate agenda that parasitically clings to the more defensible aim of crafting new good manners. The left uses Western society's admirable desire not to offend to bludgeon competing ideas and arguments. Inconvenient facts are ridiculed as "insensitive." Refusal to go along with the multicultural agenda, for example, is cast as a sign of backwardness and bigotry. We're told we must have a frank conversation about race, but when conservatives take up the challenge, they are immediately demonized for the insensitivity of their honesty.

One of my favorite recent examples is when Newt Gingrich argued last year that bilingualism makes it more difficult for Hispanics to learn English, which has the unfortunate result of leaving some Latinos trapped in the "ghetto." He was immediately denounced by the usual suspects and forced to issue an apology, which he promptly did.

Harvard President Lawrence Summers was tarred and feathered after merely hypothesizing about the data on cognitive differences between the sexes.

In Britain this week, the National Children's Bureau advised that day-care centers treat aversion to unfamiliar foreign food by children as "racist." It was also reported that two children were punished for their bigoted refusal to kneel and pray to Allah in a religion class.

This strikes me as something beyond mere tolerance. This is will-to-power masquerading as tolerance. This sort of thing needs to be resisted, because there is no end to where thinking like this can lead. Indeed, if it doesn't cause too much offense, one could even say it's a black hole.