Lung Cancer And Me

John Stossel
|
Posted: Apr 27, 2016 12:01 AM
Share   Tweet
The opinions expressed by columnists are their own and do not necessarily represent the views of Townhall.com. 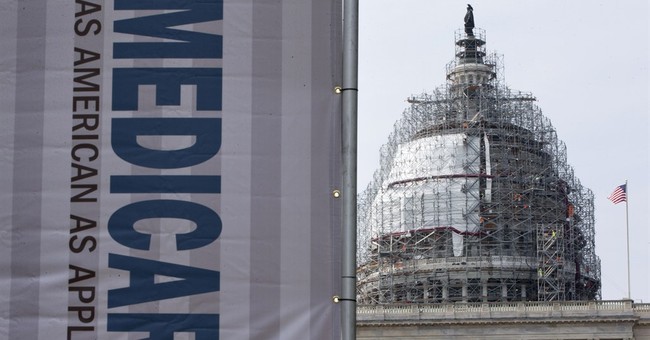 Trending
Last week's column on my lung surgery struck a nerve. Many of you wished me well. Others said I deserve to die.

No, I wouldn't be dead. In a real free market, I would pay for my own care and that care would be cheaper and better because that's what market competition does.

The angriest comments were in The Washington Post: "Stossel should ask for his money back and the doctors should put cancer back into his lungs. That's what happens in a consumer-driven market, right?"

People can get very unhinged when libertarians argue that markets work better.

"HOW would that work? WHO would pay the nurses and the staff that keep a hospital running?"?

Who do they think pays now? Government and insurance companies paying doesn't make care "free." Government has no money of its own; it takes it from us. Such third-party payments just hide the cost.

"Is John Stossel's life worth more than the guy who collects my trash? ... (T)urn health care over to his jackboot crew, only the rich will live to old age."

But it's the shopping around -- including shopping by the rich -- that fuels the innovation and discounting that extends everyone's lives, not just the rich. Charity will help the very poor.

"Let's see him negotiate the price of chemo vs. surgery when he's in the ambulance on way to hospital. ... Medical care is not amenable to usual market forces."

But it is. Patients wouldn't need to negotiate from the ambulance because such decisions would have already been made for them by thousands of previous patients, especially the 2 percent who pay the closest attention. Word would get around that hospital X is a rip-off but hospital Y gives better treatment for less. Doctors would advertise prices. Rating agencies would evaluate them for quality. Everyone will know more.

A hospital worker complained about this "customer mentality. A hospital is NOT a restaurant. It is not Burger King. You don't get to have it your way."

Why not? Must we just passively take what we're handed when it comes to medicine, even though we'd never accept that with hamburgers?

Medical patients tolerate indifferent service the way people tolerate waiting at the post office. The Postal Service, we were told, can't possibly make a profit, get it there overnight, etc. Then came UPS and FedEx. Competition showed what is possible.

"But he doesn't know it, and neither do his doctors, because there is no market system to show how much better it could be. ... In a market system, competition would push providers to strive to keep patients from falling through these cracks. ... In our system, there is no such pressure on providers ... because the real customer is government. As a result, few patients know how unsafe American medicine is."

Cannon warns, "Without that information, patients -- even when they are smart, skeptical and wealthy like Stossel -- are constantly consenting to inferior care."

A few extra-savvy consumers might be aware that my hospital got a "B" rating on The Leapfrog Group's Hospital Safety Score, and, says Cannon, it rates NewYork-Presbyterian "below average" in nine categories, including collapsed lungs and surgical site infections. "Did Stossel know about these safety measures before he chose NewYork-Presbyterian?"

I am grateful for my hospital's lifesaving technology and the skills of some of my caregivers. But it would be better if hospitals were as efficient as FedEx and most of what's offered by the private sector.

My local supermarket is open 24/7. They rarely make me wait, prices are low, there's plenty of choice, and they rarely poison me.

That's what competition brings -- if people pay with their own money.