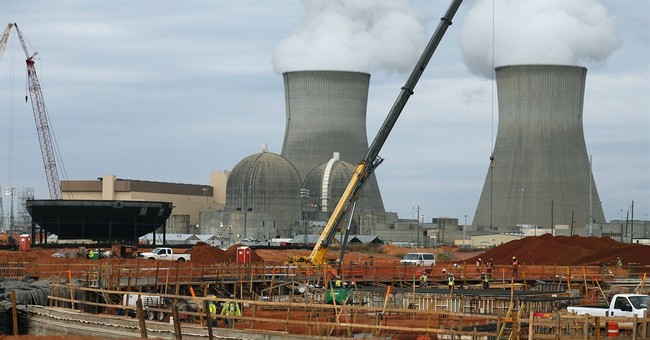 People argue about whether the "consensus" of scientists is that we face disaster because of global warming. Instead of debating whether man's greenhouse gasses will raise temperatures, we should argue about how we gauge disasters.

If you take most environmentalists and climate scientists at their word, the Earth heated up about 1.4 degrees Fahrenheit over the past century, not much more than it heated up the century before that. Warming may increase, but no one can be certain of that.

Let's agree for the sake of argument that this recent warming was partly caused by humanity. Let's also agree that there are some negative effects, including more frequent coastal flooding or longer droughts.

If we agree that those are costs, shouldn't we also look at the benefits? Much of modern civilization owes its existence to our use of the fossil fuels that produce the greenhouse gasses.

I don't see that civilization as misfortune. I wish climate alarmists would weigh its accomplishments against the relatively small downsides of climate change. One of industry's biggest accomplishments is creating a world where far fewer of us are likely to die because of weather.

On my show this week, he argues that if we compare conditions a century ago to conditions last year, we shouldn't obsess about how much carbon dioxide is in the air -- or whether earth is warming -- we should look at how much safer life became.

You can argue that we get some things wrong as a civilization, but thanks to our use of fossil fuels, we get something very right.

Epstein points out that humanity owes its current ability to survive harsh winters, arid deserts and other naturally dangerous environments to the same fuels that activists now condemn: "We have the luxury of being able to absorb a certain amount of climate-related damage so we can live in all of these cool places."

His argument is unusual because environmentalists spread the idea that, without human interference, the planet is perfect.

But by what standard?

It was once common to say that humans change their environment. That shouldn't offend people today, says Epstein. We should be thrilled that humans "create technology to master climate. ... That's why so few people today die from climate."

Epstein correctly says that instead of talking about "climate change" -- of which there will always be some, with or without human influence -- we should focus on "climate catastrophe," weather that actually kills people. Those catastrophes, measured in lost lives, are getting rarer.

Most of the changes humans make to our environment are desirable changes that help us live longer and more comfortably. "The dogma that man is ruining the planet rather than improving it is a religion, a source of prestige and a career for too many people."

If we regard nature as pristine and think it must never be altered, we will have big problems. We will die young and lead miserable, difficult lives.

I think of industry as something that is mostly very good for us, with a few minor side effects that aren't. Fossil fuels are a little like antibiotics, says Epstein. It's good to draw attention to minor side effects, but it would be crazy to abandon all treatment because of them.

Fossil fuels are no catastrophe. They contribute to health and a better life.