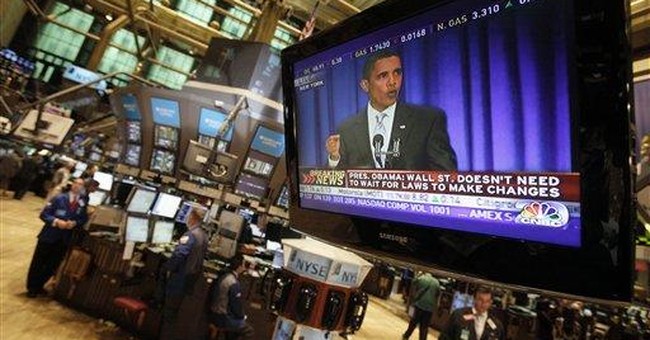 It's time for a change. Next month, I leave ABC News to start a weekly one-hour prime time show with Fox News.

When I announced that on my blog, plenty of viewers said they were happy to have me leave.

"Goodbye. You suck. You have found a much better home for your garbage reporting and backwards politics."

"Congratulations on the move to the network intellectually suited to your quasi-libertarian corporate-apologist hackery!"

Years ago, ABC hired me to do consumer reporting. When I wised up, deciding consumer "advocates" usually did more harm than good, that horrified some of my colleagues.

When I did my first TV special, I pointed out that regulation itself, by stifling innovation, can make life less safe. Two producers angrily objected, saying, "No respectable journalist would say that." The senior producer on the program smugly told me, "You just can't say that on network TV."

ABC's (now NBC's) research director, said: "Why do a show on risk assessment? You should do something on diet or breast implants -- something we know people will watch."

But give ABC credit. After bitter arguments, it ran the show, titled, "Are We Scaring You to Death?" A news division's vice president said, "I don't agree with you, but it's a valid intellectual argument that deserves to be made."

We were all surprised when 17 million Americans watched. We got 3,000 letters, many from scientists who wrote: "Thank God, somebody's finally saying these things. I can't believe I saw that on network television."

So I kept doing those kinds of reports.

My bosses often disagreed with my point of view, but they usually let me air it.

But it was frustrating. My vision and that of my producers were often not in harmony. Too many stories I thought were important -- such as the land theft called eminent domain, or the FDA's endangering people's lives by withholding life-saving drugs -- were not aired.

When I pushed, ABC producers often stared at me as if they were thinking, "Why would you want to do that?"

In my new job, I want to dig into the meaning of the words "liberty" and "limited government." For many years, through Republican and Democratic administrations, we have been losing something vital in America: the commitment to individual liberty and the understanding that as government grows, liberty shrinks.

Fox offers me more airtime and a new challenge. I'm still thinking about what I will do with my own show. Economic analyses of the latest screwball ideas in Washington -- certainly. I also want to undertake exercises in understanding libertarianism, the philosophy of freedom, which used to be called "liberalism."

What do you think? You can help me shape the new program. I ask you for your ideas. Which interesting speakers should I book? What thought experiments should I try with a studio audience? Please let me know.

Maybe I can even learn something from the hostile comments: "You are intelectually (sic) dishonest and a hack. I'm glad I won't stumble upon your sloppy one sided reporting ever again."

"Your right-wing rhetoric was hard to disguise. You were found out when Obama was elected President."

It's interesting to explore the premises here. I have been one of the few reporters on mainstream network TV who did not hide his political beliefs. Viewers know I am for individual liberty and the free market, and against government coercion. I thought that this candor might earn me some credit from those who disagree with me. After all, by putting my views out there, everyone can judge my reports accordingly.

But -- surprise! -- it did not win me much credit with those who disagreed. Instead, many act as if I am the only reporter who has an ideology.

Of course, that's absurd. Every reporter has political beliefs. The difference is that I am upfront about mine.