On Kavanaugh and Guns

John R. Lott, Jr.
|
Posted: Aug 23, 2018 2:32 PM
Share   Tweet
The opinions expressed by columnists are their own and do not necessarily represent the views of Townhall.com. 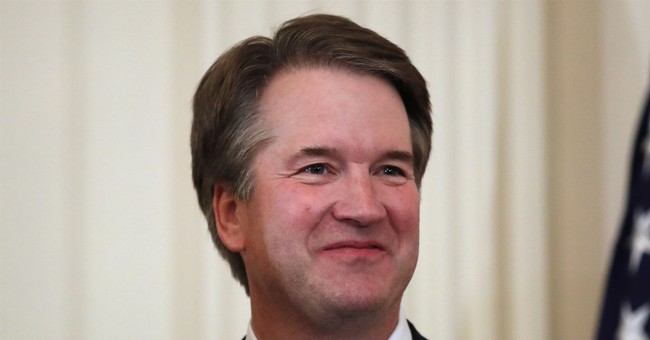 Gun control advocates are extremely distressed by President Trump’s nomination of Judge Brett Kavanaugh to the Supreme Court.  Michael Bloomberg’s anti-gun rights group, Everytown for Gun Safety, fears that “Judge Kavanaugh has applied an extreme and dangerous interpretation of the Second Amendment when determining whether a law is constitutional, one that does not take into account a law’s impact on public safety.”

Since 2010, the Supreme Court’s last gun control decision, the Court has turned away at least 15 gun-rights cases, including several challenges to prohibitions on semi-automatic assault rifles and on public carry of firearms. Gun control advocates hoped that the Supreme Court would overturn unfavorable lower court decisions. Some believe that Justice Anthony Kennedy stopped the court from taking these cases, but it could just as easily have been Chief Justice John Roberts, who places considerable weight on building consensus and is willing to put off dealing with contentious issues. Rarely is any information released on who voted to hear these appeals.

Gun control advocates are most upset by a 2011 dissent in which Kavanaugh voted to strike down Washington, D.C.’s ban on most semi-automatic rifles. Two other judges voted to uphold the ban, so Kavanaugh lost the vote.

Yet, it's easy to read too much into any one case, especially when a judge is simply following precedent set by the Supreme Court — in this case, precedent from the 2008 Heller decision that struck down D.C.’s handgun ban. "As a lower court, however, it is not our role to re-litigate Heller or to bend it in any particular direction,” Kavanaugh wrote. "Our sole job is to faithfully apply Heller and the approach it set forth for analyzing gun bans and regulations.”

District and Circuit court judges are supposed to follow Supreme Court precedent, whether or not they personally agree with the decision. When a judge ignores precedent, it is easy to infer that he is acting on his own political biases. But Kavanaugh has been a consistent follower of precedent while he has been on the D.C. Circuit Court, widely acknowledged to be the nation’s second highest court, just below the Supreme Court.

The Supreme Court can over rule its own precedent, but Democrats ignore that Kavanaugh has co-authored with a heft 942 page book on precedent, titled the Law of Judicial Precedent.  The book seeks to formerly describe rules when courts should follow precedent, and it makes clear that jettisoning precedent is not something that he takes lightly.

Kavanaugh showed consistent respect for precedent, but the left insists that he is dangerous because he supposedly won’t follow precedent when it comes to Roe v Wade. But during his confirmation hearing to the D.C. Circuit Court in 2006, Kavanaugh promised, “I would follow Roe v Wade faithfully and fully.” In language very similar to what he said to justify his decision on D.C.’s rifle ban, Kavanaugh explained that Roe v Wade would be, “Binding precedent of the court. It’s been decided by the Supreme Court.”

Bloomberg’s Everytown is also simply wrong when it says that Kavanaugh “does not take into account a law’s impact on public safety.” For example, on page 33 of his dissent, Kavanaugh compares the safety issues for semi-automatic handguns and semi-automatic rifles. On pages 42 and 43 he compares the relative safety aspects of licensing versus registration laws.

Maybe gun control advocates don't like that Kavanaugh actually knows something about guns. While other judges seemed to think that military-style assault weapons are somehow different from other types of semi-automatic rifles, Kavanaugh understood the word “style.” These guns may look like military weapons, but they fire one bullet per trigger-pull, just like any other semi-automatic.

Kavanaugh notes of the D.C. law: "It bans certain semi-automatic rifles but not others – with no particular explanation or rationale for why some made the list and some did not. The list appears to be haphazard."

Liberals don’t seem to understand that there are judges who actually follow the rules, not their personal views. In addition, Kavanaugh is hardly the wide-eyed radical gun control opponent advocates paint him to be. He believes that “regulations on the sale, possession, or use of guns are permissible” and that the Heller decision “largely preserved the status quo of gun regulation in the United States.”