Your Dreams Not Included 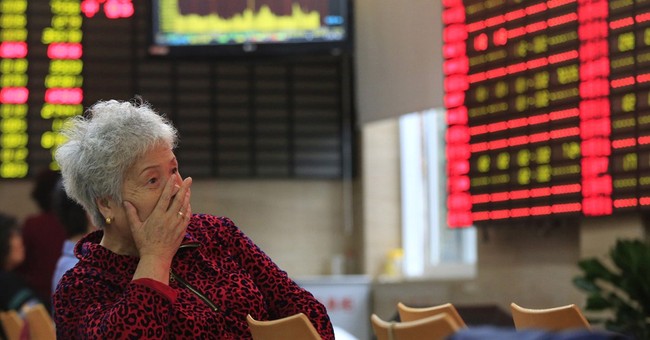 Over the last several weeks we have heard Congress caterwauling, stonewalling, stalling and wailing about so called "bank reform".

So, cover your eyes and get the kids of out the room because this is about to become bi-partisan.*

Here it is: According to both parties- I know you'll find this hard to believe- banks apparently aren't reformed enough.

Yes, the problem that Barney-Frank and Chris-Dodd supposedly fixed with huge Democrat majorities from 2000-Obama to 2000-O'Tea Party, apparently isn't fixed, both Democrats and Republicans agree.

For example, the other day we heard Barney-Frank both defend and condemn the Dodd-Frank banking reform law, a measure that he co-authored with now ex-senator Chris-Dodd. Dodd, in what's completely congressionally coincidental, left the Senate after it was revealed that he took an insider loan from one of the worst banks. At the same time we also heard Barney-Frank both defend and condemn Glass-Stegall, the banking regulation repealed in 1998, the repeal of which many feel was responsible for the bank crisis in 2008.*

There is a move afoot to bring Glass-Stegall back, but Barney-Frank wants you to know that he is against re instituting it, even though he was also against repealing it.

And he's right about not bringing back Glass-Stegall, but he's right for the wrong reasons.

Glass-Stegall prevented banks from being in more risky types of financial operations like securities sales and trading, true. But lifting those restrictions on banks was not the primary reason for the repeal of Glass-Stegall. Nor was it responsible for the banking meltdown in 2008.

There's a much simpler explanation than that.

One of the provisions of Glass-Stegall was that it only allowed banks to operate in contiguous states. So, for example, if you were a bank that was headquartered in Chicago, you could only do traditional banking business in states that bordered Illinois. That kept banks local and homey and small.

Then in the mid 1990s, after the implosion of the Soviet Union, countries in Europe, like a unified Germany, started buying up banks and brokerages around the world.

It became apparent to Wall Street watchers in the mid '90s that soon international banks would dwarf U.S. banks while offering a wider array of services unless some changes were made to banking regulations here at home.*

Hence the repeal of Glass-Stegall. The repeal allowed U.S. banks to compete globally on an even playing field, offering competitive services and competitive size, which created a kind of banking supercenter where all consumer and investor needs could be filled.*
While it's easy to say that this set the stage for mortgage contagion that spread from 2006 and finally culminated in the crash of 2008, it would also be wrong.

Because hidden inside all the banking reform that politicians crafted was a motive that was really the idea behind the idea for bank reform.*

Banking supercenters were kind of a perverse proving ground for Obamacare.
This is how: The theory behind the fiction of Obamacare is that if you spread the costs- that is risks- over the largest pool of people- in this case every American- everyone can afford to get healthcare goodies. Some pay more, some pay less, some pay none, but everyone is included.*

And that's the same fiction that drove federal policy on banks: Every man could own his castle, so to speak. That meant making easy credit available to anyone who wanted to buy a home, a car, or go surfing in their retirement.

In return, banks were very eager to to help politicians with this scheme. After all, it amounted to more sales for banks, and hey, everyone was doing it and it was backed by the federal government. So banks came up with a mathematical formula that theoretically allowed them to spread the risks around- that is the costs- to a larger group of people, just as the government suggested. And in case that math didn't work, well, then the federal government with a wink and a nod let them know that they'd spread the risk to all Americans to keep the system afloat in any event.*

Which is exactly what happened in the event.

The math didn't work. What was supposed to be perpetual money motion ground to a halt through 2000-n-Bush.

"This over extension by banks caused an unnatural disequilibrium in the money markets that initially caused a boom then a bust.  Booms are sure signs of impeding busts when fueled by lose easy credit."

If that sounds familiar, it's because it's all too familiar. But not for the right reason.
The quote above isn't about the crisis that started in 2008, it's about the Great Depression that started with a market crash in 1929.  http://political-economy.com/causes-of-the-great-depression/

And it's time we gave it credit where credit is due.

That credit properly belongs to the only institution left that believes in Big Credit.
While corporate America cleans up its balance sheet and American families avoid debt, it's the Go-Go Century for government debt.

And that reform they talk about in D.C. isn't about bank size or risky trades; it's about keeping the money flowing with one purpose in mind: easy credit for government.
And, incidentally, sometimes you.*

*Your dreams not included.