The One, the Creator, the Alpha and the Obamacare, Amen 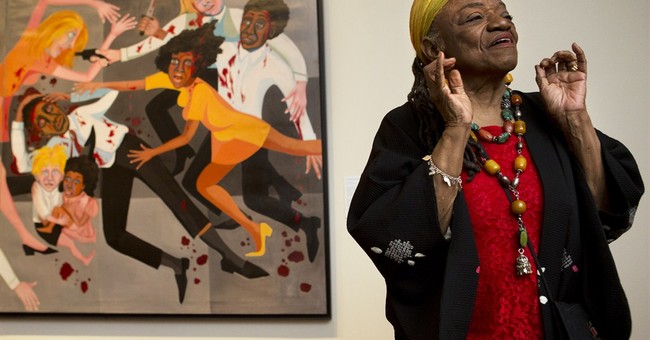 Critics of Obamacare are missing the point.

They are likely the types who go to U.S. art museums and can’t appreciate “art for art’s sake.” Europeans would never have that problem.

But here in the U.S., yokels expect some moral or message or meaning from art. When it’s missing, they think the artist self-indulgent or even crazy.

Clearly this is a common case: Unsophisticated, middle Americans, who cling to their guns and religion, and view the Bible as a highest form of poetry- because, you know, it’s lasted only over three millennia and is the basis of all that is good in the world- shouldn’t be allowed to pass judgment on the modernist, hip, ultra-urban point of view of art and society.

The “modern” point of view, after all has been around for 200 years - thus has stood the test of time- and look at all it’s accomplished!

Fascism and communism and atheism and materialism have combined to produce more war-related deaths than all the other “isms” combined, in just a scant 100 years.

You can almost feel the tension still created by Holocaust, the Great Terror, the several French Republics, Prussian Militarism and a thousand other offerings to the modern point of view.

And the great thing about the modern point of view, which we’ll call philosophy for art’s sake, is that it’s self-perpetuating.

Philosophy, in the modern sense, doesn’t have to be true or workable, it’s just has perpetuate ideas, which perpetuate more ideas. It allows us to go from "All Men are Created Equal" to "White Privilege," while calling them the same thing, in a generation.

We have a wonderful example of this from the first post-racial president of the United States: The antidote to racism is MORE racism. And if that doesn’t work, let’s try even more racism.

Racism then transubstantiates into more than just an idea. It becomes institutionalized with all kinds of persistent consequences that create more racism.

Racism is then an end unto itself.

Thus, we find the tie to Obamacare.

The important point is creating legislation.

Critics wrongly think that the consequences of Obamacare, like the death of the 40-hour work week and the death of the salary and benefits that go along with it, or the plunging labor participation rates, with the wealth destroying effect on the nation, are problematic.

They are not problems though, in the modernist, hipster sense.

For liberals who have suffered for too long from Great Society and New Deal envy, Obamacare is their generation’s artistic representation of the modern state’s proper relationship to society and in society. One day we should have Nancy Pelosi read it in public so people can know what's in it.

It can be all things to all people; the One, the Creator, the Alpha and the Obamacare.

“Vengeance is mine; I will repay,” saith Title IX of Obamacare, also known as the Revenue Provisions.

The important thing, see, isn’t who pays, but getting someone to pay.

Because, in getting payment, Obamacare fulfills the highest duty of legislation for legislation’s sake: perpetuation.

By ensuring revenue collection, without any end goal or ideas, Obamacare self–perpetuates.

This allows its creators to encourage us all to let Obamacare just flow over us, fully engulfing us in the Obamacare experience.

Yes, some will be chewed up; some of the lukewarm will be spit out.

Why can’t we just be grateful?

In the beginning was the Word and the earth was without form, and void; and darkness was upon the face of the deep.

It took them less than 7 days too.

And it's modern because the point is... that it's pointless.