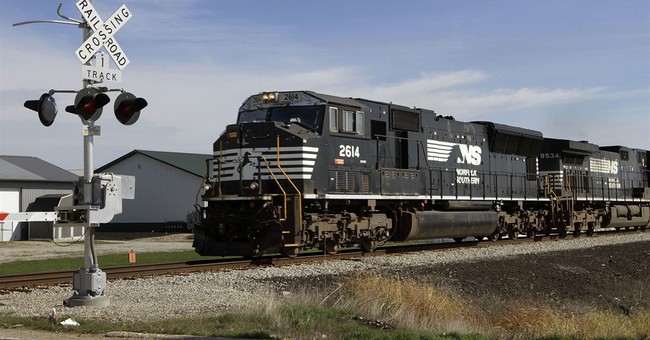 Prepare for your electric rates to go up, Chevy Jolt drivers. That's what happens when Obama goes on vacation.

Under executive fiat, the EPA will shortly be forcing the shutdown of the rest of the coal fired plants in the United States. Obama closed about 20 percent of them in 2011 when he went on vacation in Martha's Vineyard.

With a bigger vacation budget this year, he probably figured "What the hell? Why not close the rest of them?"

Since coal generates about half the electricity demanded in the US, the country will have to find other, more expensive ways of making up half of the electrical capacity at a time that the administration wants electric to be the clean fuel of choice.

Ironically, as I posted previously, just a few weeks ago I got a whiney email from the public relations guy at the Nuclear Regulatory Commission, complaining that the number of nuclear reactors going up to generate electric is lower than they anticipated.

Maybe Obama doesn’t understand that he can’t import electricity from Brazil. No nuclear, no coal? OK, I get it. This is how Obama bails out his buddies in the solar business, including Buffet and G.E.

That solar costs more and isn't clean probably has some advantages for Obama.

In addition to the loss of electrical generating capacity, the Commerce Department estimated that when they killed just 20 percent of coal fired plants they killed up to 60,000 jobs, according to Heritage, while an industry trade group said that the rules will cost $129 billion, according to the Washington Post.

According to the The American Coalition for Clean Coal Electricity the new initiatives will cost the country 760,000 jobs in total.

“If the Obama administration fails to recognize the environmental progress the industry has made and continues to adopt more regulations," said ACCCE's head Mike Duncan, "coal power could cease to exist which would be devastating for our economy.”

Since when has Obama ever cared about the economy? Or jobs.

During the 2008 presidential campaign then-Senators Barack Obama and Joe Biden both claimed that if elected they would institute policies that make it cost prohibitive for coal-fired plants to operate in the United States.

“So, if somebody wants to build a coal plant, they can,” Obama told the San Francisco Chronicle in a clip the paper likely tried to suppress, “it’s just that it will bankrupt them, because they are going to be charged a huge sum for all that greenhouse gas that’s being emitted.”

While the Obama campaign scrambled at the time to say that their comments were taken out of context, Mike Carey, president of the Ohio Coal Association issued a statement that rings true today.

“Senator Obama,” said Carey in November 2008, “has revealed himself to be nothing more than a short- sighted, inexperienced politician willing to say anything to get a vote. But today, the nation's coal industry and those who support it have a better understanding of his true mission, to 'bankrupt' our industry, put tens of thousands out of work and cause unprecedented increases in electricity prices.”

The administration is using new interpretations of long-ago passed emission standards- standards that no administration has tried to enforce- along with vague, esoteric “visibility” standards to target older, coal-fired plants.

But as Obama tries to shore up his base of support amid blistering criticism from progressive groups on spying, human rights abuses and constitutional issues, look for Obama to continue to use backdoor regulatory means to enforce, ignore or otherwise interpret laws to benefit special interests that support the president’s agenda.

This is how Obama scrapped Don’t Ask, Don’t Tell, instructed the Justice Department to ignore enforcement of the Defense of Marriage Act and announced that the administration would be suspending deportation of illegal aliens in an effort to avoid enforcement of immigration laws. Lately, he used the same tactic to delay the implementation of the Big Company mandate provision of Obamacare.

Obama, back in the day been subject to harsh criticism from Hispanic leaders, who are still stuck on the Democrat plantation, after the administration bragged that they deported more illegal immigrants than the Bush administration.

The president has issued more job-killing regulations than any of his predecessors- at least 131 of them in his first term- at a cost of $70 billion just for adoption. Total economic costs of federal regulations are sky-rocketing to $1.75 trillion in 2008 said the federal government’s own Small Business Administration in 2010, the last time they were allowed to calculate such costs. Yeah. that's right. They haven't been willing or able to update the costs since then.

In short, the coal group got it right in November 2008.

President Obama has revealed himself to be nothing more than a short-sighted, inexperienced politician willing to do anything, saying anything and pay anything to go down as the "transformation president."

And I think when the economics of closing coal fired plants clashes with the history of Obama's presidency, history will be influenced by economics, not rhetoric.

Even while on vacation.