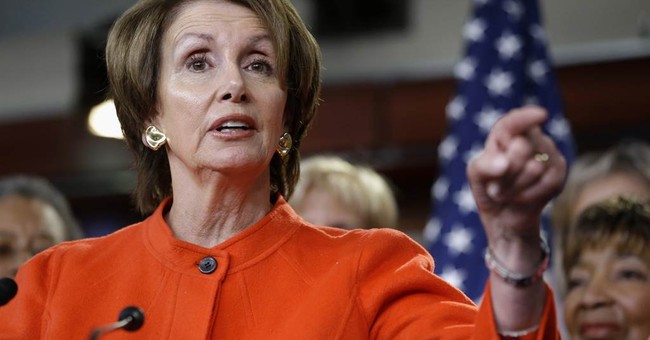 dhensley813 wrote: The city of Chicago really had no option but to curtail the benefits of retirees. It's not as bankrupt as Detroit, but it was getting there. Obamacare wasn't so much the reason the city cut retiree insurance, as the excuse it gave them to say that they weren't really being dropped. - Obama Solves Mass-Layoff Problem by Laying Off Mass-Layoff Statistics Guys at BLS

I think they had no choice once they negotiated a contract that allowed retirees to have benefits that the city knew it couldn’t afford.

That’s outrageous enough. But to make matters worse they are shifting the costs to the rest of us. And don’t forget the retirees who will have to shell out more money for fewer benefits.

This is of course why government employees should not be allowed to unionize. Ever.

If you want to get at the problem of money in politics, I have a one-word answer for you: Unions.

Imagine if unions gave money to GOP candidates, who then went and signed fat benefit contracts on behalf of the people who gave them money. And remember, Chicago’s current mayor is Obama’s made-man, former chief of staff, Rahm Emanuel, who likely is as responsible for the passage of Obamacare as anyone alive.

And if you know anything about how economics works under the Rahm and Obama show, you’ll know that the fact that the combined cost of $277 million to taxpayers and citizens to save Chicago a $109 million next year is a benefit under the system.

As the Wall Journal reported earlier this year, more cities might be looking to do the same and shift costs from big cities to the federal government.

And that’s when the real hopey and changey stuff begins.

That means that there will be more state and city money in budgets available for the dues-paying, non-retired members of the government employee unions.

“All told, state and local governments are on the hook for between $700 billion and $1.5 trillion for retiree health benefits,” writesthe Journal, “and like Chicago most will soon be unable to afford even their minimum annual payments. Offloading the costs on Uncle Sam will look attractive since retiree health benefits don't enjoy the legal protections that some states have bestowed upon pensions. Stockton, California intends to shed its $400 million unfunded liability for retiree benefits in bankruptcy.”

So while the responsible thing to was to reduce the benefits, Rahm chose to do it with the usual Obama flair, in the most irresponsible manner by passing along those costs to U.S. taxpayers.

In my opinion, the taxpayers of Chicago should have to clean up the mess.

And if you elect me president, I’ll take care of that on day number one ;-0.

Eliot Brenner, Director, Office of Public Affairs U.S. Nuclear Regulatory Commission wrote: Beyond our workload dropping precipitously for unforeseen reasons (cheap natural gas delaying nuclear plants), in 2012 the administration launched an effort to reduce the amount of space allocated to each worker. Our new building was just being finished and its layout was fixed. We are working steadily to reduce our footprint, closing satellite offices that had to be created during a significant rampup in employment that occurred until utilities decided to ask us to slow or stop work on some projects. - Vacant Buildings Now Cost Half Billion Dollars Plus, But Who’s Counting? Not the Government

It’s terrible when unforeseen regulatory action affects any business like yours. But unlike a government agency, private businesses may shut down as a result, or layoff employees, or see their share price decrease. They don’t have the option of just asking the government to cover their losses.

Oh wait: I guess they DO have the option, but I’m against it, for obvious reasons. Where it not for your boss’ hostility to any power option beyond windmills and solar, perhaps companies would still be pursuing nuclear plants.

But who can blame them for not wanting to take the risk?

There are many unforeseen results that the American public has learned to live with as a result of government action.

For example, as youngster, I can remember when Washington Public Power Supply System bonds defaulted on $2.25 billion...in 1983. That's the equivalent of about $5.25 billion today.

As you might be aware, the “Whoops” (WPPSS) bonds were issued to build five nuclear power plants in Washington State. As a result of government regulatory actions- including that of the Nuclear Regulatory Commission- and mob/court rule, the plants were never completed.

Do you know how much money a partially-completed nuclear power facility fetches in the open market at liquidation? Not much.

I know this because my father was one of the trustees for the bond issue and helped oversee the liquidation. Bondholders got stiffed.

It’s too bad we can’t do that with some government agencies right now. Forget the loss on investment.

We’d save a fortune in operations costs every year.

Take for example your empty building...Vacant Buildings Now Cost Half Billion Dollars Plus, But Who’s Counting? Not the Government

Matthew wrote: GET OVER IT! You people are as ignorant as you are loud. Why all this hate for our nations elected leader? Romney will never be president so deal with that and the fact that President Obama will be there until 2016. Not everyone in America is anti Obama.

We are louder than we are ignorant.

Why do liberals automatically assume that just because we don’t like Obama; we don’t like his ideology, his pompous and arrogant demeanor; his inability to do anything without a teleprompter; his cover up of his academic record; his inability to take responsibility for anything that his administration does; his dismissive attitude towards accomplishments other than his own; his overestimation of his own intelligence; his ignorance of American history beyond his own bias; and finally, that we also don’t like his wife; that therefore we want Romney to be president?

Plus hate’s a strong word.

And some of us are just stronger than others.

Earl50 wrote: Another point that should be made here is the rise in s-corporations in the last 10-15 years that are taxed like a partnership. What this means is that the profits of the corporation are allocated to the shareholders per their ownership percentage and thus are included on their personal tax returns. - The Economic Illiteracy – or Lies- of the Huffington Post

Yes, I received many emails from readers about this.

Although I have no way of determining whether pass-through income like you describe has accounted for a larger share of government revenue, I do know that the share just from income taxes has remained fairly stable no matter what the tax rate has been.

My objection to the HuffPo’s article was that the guy they have hired as the chief finance editor has no idea how the tax code works or just forgot. This is a guy who apparently worked at the Wall Street Journal as a contributor for premiere features such as  “Heard on the Street,” “Ahead of the Tape,” and “Evening Wrap” columns.

So, not only are WSJ readers expected to get yesterday’s news tomorrow, but they also are expected to swallow expert commentary about money and markets by people who don’t seem to know anything about payroll taxes.

Here’s where the argument becomes more than just academic: Those who have real experience running businesses can NEVER forget the function of payroll taxes. Payroll taxes, combined with benefits, add an additional 30 percent to labor costs when you hire a full-time, regular employee.

Only someone who has never had to write that check can possibly forget it.

Englishlass wrote: What do you expect from someone that PROBABLY got his degree in JOURNALISM from some leftist liberal college full of ignorant liberals professors that NEVER worked a day in their lives? ALL he learned was how to spell his name correctly. - The Economic Illiteracy – or Lies- of the Huffington Post

Gongloff got his degree in journalism from University of South Carolina.

Here’s the rest of his bio with my emendations:

His trenchant insights, [Really? Trenchant?] wry sense of humor [oh, maybe that was a parody of finance journalism], and nose for scoops will now be unleashed [Unleashed? What is he? A dog?] across our site in myriad [Myriad is one of those word that makes smart people seem dumb] forms — via a morning newsletter, frequent posts throughout the day, and in television spots.

Mark brings a dozen years of experience covering financial markets and the economy, [I think someone needs to go back to school] having held prominent positions as a reporter, editor, columnist and blogger — first for CNN/Money and then for the Wall Street Journal. His ground-breaking work exploring the extent of the Fed’s special lending programs to banks during the financial crisis was cited in a congressional investigation [That’s kind of like a vanity press author citing his own work]. He was part of a team of finalists for the Scripps-Howard award for Web reporting on mortgage delinquencies in 2007. He authored or collaborated on several Page One stories for the Journal, contributed to its “Heard on the Street” column, and wrote both its “Evening Wrap” and “Ahead of the Tape” columns. Since August he has been the lead writer for the Journal’s MarketBeat blog, amassing record traffic. [Not anymore].

jdmeth wrote: So where did Apple's 100 billion cash reserve come from? Tax avoidance maybe? - The Economic Illiteracy – or Lies- of the Huffington Post

If you knew what “tax avoidance” was, you’d know that certainly Apple amassed $100 billion through “tax avoidance.” Tax avoidance isn’t a dirty word though. It’s what you do on your tax return, it’s what companies do on their tax returns, its what everyone does legally to limit the amount of money they pay in taxes.

What the hell is wrong with you liberals?

It follows the rest of your thinking, which is just downright weird.

Islamic fundamentalists are OK even though they practice the most punishing type of oppression against women, but Christians aren’t OK because they don’t want to pay for Sandra Fluke’s birth control.

Seriously: How did you listen to Obama’s speech to the Irish about religious schools and peace without picturing him with a red, rubber nose, floppy shoes and an over-sized yellow tie?

Joe296 wrote: But, the employer part is deducted as an expense on the business income tax return so the government is subsidizing part of the amount the business is paying. - The Economic Illiteracy – or Lies- of the Huffington Post

The government GETS subsidies; it doesn’t give them out.

Every dollar the government gets first starts out as a dollar in our private economy. The government taxes profits, not revenues.

Companies merely write off the entire labor expense, including wages, taxes and benefits when they do their taxes, just like they would deduct raw material or other expenses to determine profits.

You get to write off other taxes, like state taxes, when you do your federal tax return. Is that YOUR subsidy that you now owe me?

Or the next GOP president will put the NSA-IRS-M-O-U-S-E on you.