Mikey wrote: There is no direct link between a particular storm and global warming. What scientists know is that ocean temperatures are getting warmer, sea levels are rising, and the atmosphere contains more moisture because the air is warmer. - As Blizzard Nemo Strikes, Global Warming Won’t Be Far Behind

That’s right; there is no connection between a storm and so-called global warming. Scientists theorize that storms could be become worse and more extreme, but there is very little evidence- very little is not to be confused with no evidence- that storms are any worse than they used to be.

In fact, Martin Hoerling, a meteorologist at the National Oceanic and Atmospheric Administration who specializes in extreme weather events said last year that Hurricane Sandy and global warming have no connection.

“Great events can have little causes,” wrote Hoerling about SUPER STORM SANDY. “In this case, the immediate cause is most likely little more that the coincidental alignment of a tropical storm with an extratropical storm. Both frequent the west Atlantic in October…nothing unusual with that. On rare occasions their timing is such as to result in an interaction which can lead to an extreme event along the eastern seaboard. As to underlying causes, neither the frequency of tropical or extratropical cyclones over the North Atlantic are projected to appreciably change due to climate change, nor have there been indications of a change in their statistical behavior over this region in recent decades.”

His colleague, Stanley Goldberg, a research scientist with the Hurricane Research division with the National Oceanic and Atmospheric Administration, says that hurricanes are no more frequent or intense as a result of what he calls “Al Gore Warming.”

He says the link that we have all heard through mainstream media about more violent storms caused by a rise in global temperatures are mostly manipulated by our ability to better “observe” weather globally. In one compelling case he shows how it used to be that between 100 and 75 percent of the observed storms in pre-satellite days made landfall, once satellite technology was available, the percentage of observed storms that made landfall fell to 59 percent. The implication is that since the decrease in storms making landfall accompanies advances in technology and does not represent an increase in the number of storms that make landfall, the only explanation is that through technology our ability to observe storms is better than its has been in the past.

But that doesn’t stop your friends Comrade Mikey, like Al Gore , walking around saying that superstorms are tied to AGW, does it?

All I know about that is that you’ll come on here and berate anyone who disagrees with you on global warming while giving Gore a free pass to say whatever outrageous, non-scientific, preposterous thing he cares to.

If you really believed in the science behind climate change, you’d condemn Al Gore as worst of all.

Chicaree wrote: Scientists warned extreme weather events would become much more common as climate change kicks in. 2012 was the warmest year on record as a result there evaporation and more moisture in the air that comes down as extreme rain and snow. You don't mention the souther tier of the US in your column that has had 70 -80 degrees in January and February. Its only the northern tier of states being hammered with the extreme snow. The drought continues across much of the bread basket of America. Farmers are in a world of hurt. Hay is high because of drought. cattle farmers selling off the stock. - As Blizzard Nemo Strikes, Global Warming Won’t Be Far Behind

Scientists also told us that margarine was better for us than butter, corn syrup was better than sugar, that we’d have a cure for cancer by now. Scientists invented the atomic bomb.

Just because it comes from science doesn’t mean it’s good or even right.

I think Albert Einstein was a great man. But did I want him writing policy for the United States? No, because like most scientists, when it came to public policy he was a child.

There is little evidence that extreme weather events are caused by global warming, even now.

“Temperatures have not risen nearly as much as almost all of the climate models predicted,” Roy Spencer, a climatologist at the University of Alabama at Huntsville, told FoxNews.com.

“Their predictions have largely failed, four times in a row... what that means is that it's time for them to re-evaluate,” Spencer said.

Hmiller wrote: Deer John, Can you say GOP obstructionist's? How about trying this: GOP controlled Congress from Jan 1995 to Jan 2007? Amazing how the 12 year total control of Congress had two totally different products. That is first 6 years included 4 consecutive budget surpluses and the second 6 years immediately turned the numbers around into 6 years of record deficits. Can you explain this phenom? How about totalling the W, (orst) Bush deficits and National debt uncrease. Is that 'record Debt increase percentage wise'? Or does impaired brain Reagan still reign as Debt Champion? - The Final Argument: The Best Recession in History

I’m not sure what you are after here, but then you rarely make much sense to me.

If you are saying that more debt is bad, then I agree with you.

That’s why I condemn both Bush and Obama for he debt that they ran up.

But here’s the thing: If you asked Bush about the debt and he was honest with you, he’d likely be regretful. Obama on the other hand is upset that he hasn’t been allowed to spend more money.

It’s Obama after all who says that we don’t have a spending problem.

hal_incandeza wrote: "That’s because last month employers added a whopping 17,000 jobs to their staffs nationwide." Where is he getting these numbers? According to the bls Total non farm employment went up by 157,000 in January. - The Final Argument: The Best Recession in History

You might notice too that unemployment went up by 0.1 percent, which is about the same number of jobs lost as gained.

You always have to add in new entrants into the job market.

Better luck next time, but thanks for playing.

SLK wrote: We blame Obama, but Obama did not in any way do this. American voters did this. The lazy, uninformed voters with the "gimme" attitude. Which, if the election is any measure of the problem, these people outnumber the workers. Stop blaming the most visible symptom and look at the disease. - Who Cares About Jobs When You Can Regulate Happy Meals?

You won’t get far blaming voters here with me.

Barack Obama bears more blame than anyone for where our economy is right now. After him in rank are Democrats and after them the GOP.

Everyone else gets a free pass.

DuaneUrbanwrote:  I'm actually worried about being able to put food on the table for my kids 3 days from now. Right now I could care less about 10 or 20 years down the road. - Uh, Obama? We Have a Problem: Interest Expense to Hit $1 Trillion in 4 Years

I worry about bills too. Not all, or even most, conservatives are rich, country club types like Karl Rove.

And it’s interfering with your ability to put food on the table for your kids in three days.

The monetary and fiscal policies that have been followed for the last 12 years are eating into the economy. We’ve only experienced growth of better than 3 percent twice since 2000, despite averaging over 38 percent of our GDP in government spending.

That’s where your job and income have gone; into a government sinkhole.

If government spending was to have worked, it would have worked by now.

Andy544 wrote: Typing columns while drunk, though somwhat amusing because of all the colorful and discordant non-sequiturs strung together, like mis-matched and mis-firing Christmas tree lights, is ultimately not a career-enhancing move. Just a word for the wise, Mr. Ransom. - I Just Wanted to Include the Word "Obama" in this Superbowl Headline

Sorry, but I rarely drink but when I do it’s something unusual.

Typically I reserve criticism for people who inhabit the same side of the screen with me.

You don’t qualify, Francis. So lighten up.

Actually, I like the Number 81 piece very much. It’s kind of tribute to the Superbowl, football in humorous vein.

I know it’s different, but the advantage of being editor is that I get to write what I want.

The advantage of being a reader is that you get to read what you want.

Ericynot wrote: Ransom just proved his Roman Catholic bona fides. - I Just Wanted to Include the Word "Obama" in this Superbowl Headline

The Latin is legal, not religious.

If I wanted to include Catholic Latin it would read more like: 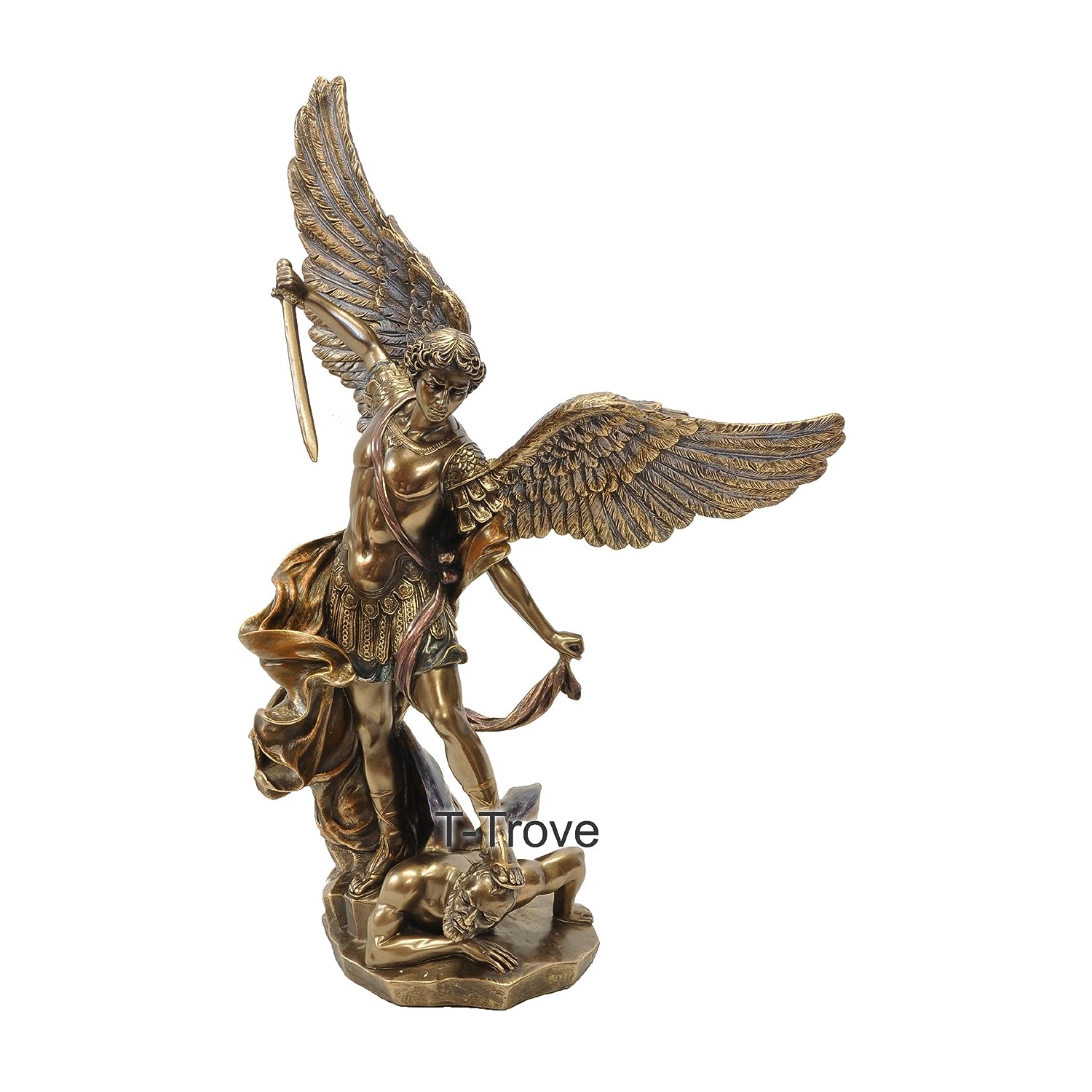