John Ransom  |  Dec 26, 2012
The opinions expressed by columnists are their own and do not necessarily represent the views of Townhall.com.
Top Columns
Trending on Townhall Media 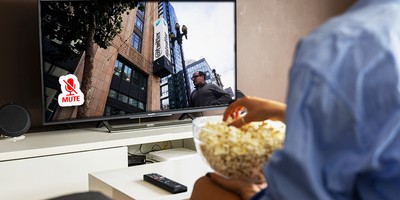 In the summer of 1975, four dozen kids hung like monkeys off of a chain link fence waiting for members of the Chicago Tribune’s College All-Star team to exit their locker room after the first day’s practice.

Evanston, Illinois was (and is) a fairly cosmopolitan suburb, just north of Chicago and home to Northwestern University. From 1934 to 1976 the Tribune sponsored a game between pro-bound college players and the NFL champions that was played in late July at Soldier Field. The College All-Star team spent a few weeks every year working out in preparation for their scrimmage against the defending Super Bowl champions at NU’s old Dyche Stadium just across the street from my grade school, St. Athanasius. So every year a large group of kids from St. A’s and neighboring environs would hang out near the locker room exit in hopes of snagging an All-Star.

“Do you need a water boy,” we’d cry out, clutching our jugs of water, jumping up and down to attract attention. In this way, one by one, every player acquired an individual water boy. The water boy, duly chosen, would then sit in the stands for the opportunity to bring real football players water after practice ended.

’75 was the first year that I came to the All-Star’s practice. I was a sort of rookie and not as aggressive as some of the veteran boys. Player after player, as they left the locker room after the first practice, teamed up with boy after boy. I watched for my chance as some of the better known players like QB Steve Bartkowski, LB Robert Brazile and WR Larry Burton came off the board.

Time passed fast though. The players cleared out and my chances seemed flat. Then the biggest man that I had ever seen came out of the locker room. He must have been 7 feet, it seemed to me. He had barely any hair on the crown of his great head, but on the sides of his head, thick black hair stuck out like a bush. He had sideburns too; ones that would not quite be in fashion today, being a little too wild for today’s fashionable NFLer. This sky-towering ogre was wearing shorts and flips flops- the only disarming things about him.

“Do you need a water boy?” I yelled to the ogre while I looked down at the ground. I think I was afraid that he might eat me.

“Sure, little guy,” he smiled. I couldn’t exactly see him smile, but I could hear it in his voice.

“What’s your name?” I asked, hopeful that his seemingly benign voice wasn’t some ogre trick to lure me close enough to bake me into a pie.

“Kurt Schumacher, Ohio State,” he replied. He stood a little straighter when he said this. He spoke like he was talking to a coach or a scout.

Over the next several weeks, I sat in the stands watching practice and bringing Kurt water at the end of the day. And over this period, I got to know Kurt as well as the disparities in our ages, and his limited time, allowed. Far from being an ogre, he acted with a kind of hometown dignity and natural respect that fired a passion in me for football that I have never outgrown. I began to suspect, through knowing Kurt, that in seeking excellence in big things, it would be necessary first, last and always to pay attention to the little things as well. And that lesson was what football was all about.

Kurt Schumacher played left tackle for Woody Hayes as a two year starter and twice an All-American. He played in two Rose Bowls, winning both in his junior and senior year. He was selected by the New Orleans Saints in the first round of the 1975 NFL Draft with the twelfth overall pick which had been acquired from the New York Jets. He played for about five years for the Saints, the 49ers and Tampa Bay, his career cut short by a knee injury that today would be rehabilitated through surgery.

These are the least important things that you need to know about Kurt.

More important is that he loved Ohio and married his high-school sweetheart who sat in the stands watching practice with the water boys. He graduated from college, with a major in mathematics, even though it was apparent early in his college career that he was headed for the NFL. After his football career, he returned to Ohio, living in Lorain and Elyria and worked for the Cleveland Public School system at a time when Cleveland schools were struggling to stay afloat. He was a legend in Columbus as a part of what many consider the most dominant offensive line in the history of college football. He could have gone back to Ohio and done anything he chose. He chose to help out. That’s the way Kurt was.

Today, I still have the college helmet Kurt gave me, the one he played in the Rose Bowl with, the one he gave me when he graciously came to my house and had dinner with my family. Some of the plastic buckeyes, the ones they give you in Columbus for great play and which covered the helmet from front to back, have peeled off. But it’s still too big for my head. Over the years, unfortunately, I lost the football that Kurt had signed by every member of the 1975 All-Star team. But I’ve given the helmet to my son who at 8 was already an Ohio State fan. He barely knows who Peyton Manning is, but is convinced that Kurt Schumacher is the greatest player who ever lived.

He only wonders when he’ll meet an NFL-bound player that shows him kindness, treats him royally and teaches him about the little things that make men great.