The Public History of a Campaign That Failed

The first hour was all fun, all idle nonsense and laughter. But that could not be kept up. The steady drudging became like work, the play had somehow oozed out of it, the stillness of the woods and the sombreness of the night began to throw a depressing influence over the spirits of the boys and presently the talking died out and each person shut himself up in his own thoughts. During the last half of the second hour nobody said a word. – Mark Twain, The Private History of a Campaign That Failed

Obama has a problem spending money apparently. And now even Democrats are finding it out.

The Billion Dollar man is running through campaign cash at such high rate, says FoxNews, that the president has had to take the unprecedented step of adding even more fundraisers between now and election-day.

“The Obama campaign is sitting on mountains of cash right now,” writes Chris Stirewalt of Fox’s Powerplay, “but he is burning through it at an astonishing rate. Rather than the more traditional approach of an incumbent to run lean through the spring and summer before building out a larger apparatus, Obama started big and has gotten bigger. Even before he started nuking Romney with on-air character attacks, Obama was spending some $20 million in one month for staff, facilities, technology and other campaign infrastructure.”

For a guy who has mostly wanted to be known as the “Vacation” president; or perhaps the “Golfing” president; or the “What’s-a-Job?” president; or even the “You-Didn’t-Build-That-Because-My-Plan-Worked-But-Don’t-Blame-Me-Because-I-Just-Read-The-Stuff-They-Steal-From-Elizabeth-Warren” president this is actually a positive development.

Every day that Obama stays away from the Oaf-al Office means another day where Obama’s not doing the job of president of the United States.

Think of it as a kind of paid-leave of absence for the One.

Imagine if we had just given him a paid sabbatical in 2009.

Instead of four years of President Obama, we could have had Obama act as King-for-Day, for every day over four years.

There is a trade off however.

In return for Obama not doing his job as president, we now get to spend the next three months enduring more Hollywood glitter balls, where actors who make a living pretending to be someone else, get to pretend, very amateurishly, that the rest of us really care what they think about LIBOR- which of course they believe is a West African republic in the grip of famine.

As of June 30th Obama had raised $300 million in contributions and spent $205 million, according to opensecrets.org. By contrast, Romney had raised about $154 million and spent $131 million. 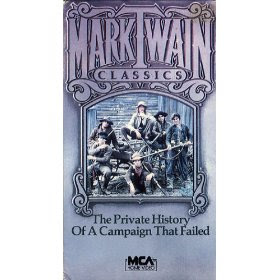 Romney had primary opponents, while Obama did not. For the purpose of this article that felon who almost beat Obama on the West Virginia primary ballot doesn’t really count as an opponent. For the purposes of hilarity and ridicule, it counts a ton.

Now you know why Obama had to renounce taking federal matching funds. Imagine the heartache it caused Obama not to take federal money. We finally found a federal program that Obama will neither expand nor exploit. Because there is no way he can remain in the game without spending a whole lot more than his opponent. Federal matching funds just won’t get him there.

Reckless spending, in part, explains why, so far, Obama has maintained a semblance of competitiveness.

He’s had to spend money just to prop up a fading presidency.

Because, come on, it’s time for everyone to admit the obvious.

The only accomplishment Obama has in six year of the limelight is in spending other people’s money to no certifiable effect.

It’s a fitting epitaph for the Obama presidency, and as real as Twain’s observation on soldiering.

“I could have become a soldier myself if I had waited,” wrote Twain. “I had got part of it learned, I knew more about retreating than the man that invented retreating.”

And Obama could have been president too, if he had waited. He got part of it learned. He knew more about spending than the man who invented spending.

But in war, as in peace, as in politics, success doesn't come by moving backwards.