John P. Warren
|
Posted: Feb 19, 2016 9:14 AM
Share   Tweet
The opinions expressed by columnists are their own and do not necessarily represent the views of Townhall.com. 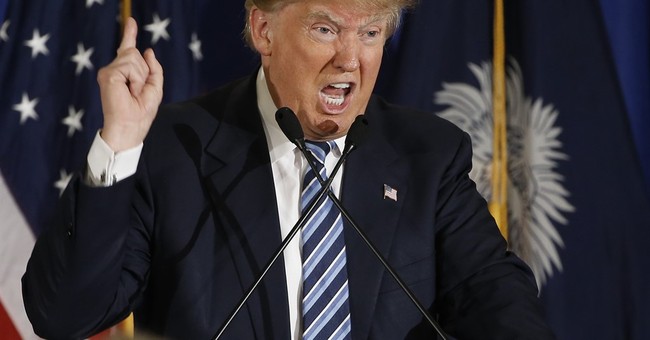 On a warm June day in 1858, a beardless Abraham Lincoln stood before the Springfield, Illinois, partisans in rebuttal to the arguments of his rival, Steve Douglas. He addressed the issue of slavery squarely: “A house divided against itself cannot stand.” We are at another such juncture in our history.

The words were not Lincoln’s alone, of course, yet the Illini knew he had struck their common chord with a Biblical reference to the Gospels of Matthew and Mark, and for the more learned, the writings of St. Augustine and both Thomas Hobbes’s Leviathan in 1651, and Thomas Paine’s Common Sense in 1776.

Today, the issue is not slavery, and there isn’t just one issue. As Lincoln knew the nation could not live, permanently, half slave and half free, however, we must understand that in 2016, a people so deeply divided cannot long endure as we are. We cannot go on with half of us working to support the other half, with half being unwilling to tame the rampages of the wealth acquisitors and half unable to lift themselves from lower end existences, with half leaving our border doors unguarded in the name of compassion while half needs security and employment in the name of dignity and sovereign stability.

Surviving as one people is possible, on the other hand, if we could find—not a middle ground, perhaps—but a ground satisfying to the overwhelming portion of society on each of the issues troubling to us. What is so different from 1858, however, is that there are so many issues that have arisen to divide us, and it is rare for a left or right partisan to take even a halting step into the political wasteland of the dividing ground without a shout of “Betrayal!” The shouts of derision arise so quickly, it’s impossible to determine if the brave soul has something to say worth our ear time.

In a well-researched and worthwhile February 14th piece by Charles Murray in the Wall Street Journal called, “Trump’s America,” he says that both Trump and Sanders are touching many of the same voters. Murray says of Trumptsters, “There is nothing conservative about how they want to fix things. They want a now indifferent government to act on their behalf, big time.” In fact, he adds, “If Bernie Sanders were passionate about immigration, the rest of his ideology would have a lot more in common with Trumpism than conservatism does.” It’s not hard to argue that Trump could have run under any standard and voters would have flocked to him.

In essence, what Murray says is that soon after America elected Jack Kennedy in 1960, the bedrock of social mores and practices—the white working class—began to dissolve. They who once formed the bastion of social order became shards and sediment shoved here and there by larger currents beyond their control. Murray says, “For white working-class men in their 30s and 40s—what should be the prime decades for working and raising a family—participation in the labor force dropped form 96% in 1968 to 79% in 2015.” In that same period, he adds, “the portion of these men who were married dropped from 86% to 52%.” Though Murray presents much more to support his arguments, those stats alone make the case.

What Murray did not conclude, but we must, is that while there may be many issues with many solutions, the one that affects most others, the one salting the wounds of our social upheaval is illegal immigration via the open borders approach of the progressives. As reported at length in this space in, “What Trump did not say…” July 15, 2015, and “It’s the Border, Stupid,” on August 4th, 2015, permitting illegal immigration to continue unabated may be compassionate for those from other countries seeking to feed their families and make a good life, but it is most cruel to their American hosts, where as Sanders says, 50% of African-American youths are without jobs that are, indeed, entry level, but are the path to dignity. Only a fool or a knave would continue to echo the ancient lie that illegals take jobs Americans don’t want. As implied by Murray’s numbers, a large percentage of the white working class is no longer occupying those jobs on the first several rungs of the ladder in construction, factory, and technical work. That work has gone to illegals come north or factories gone south.

No one should advocate closing our borders, but what made us successful and united in our purposes as a nation of intact, working families was the ability to get and keep a decent job without fear of being undercut by employer greed for lower costs (and consumer greed for lower prices). Working people should not have to fear a Wall Street class—those super-rich Bernie vilifies and Donald personifies—that squeezes every dollar out of every thing and person, but should feel secure in building solid futures earned in repayment for the blood and sweat that made the fortunes of others. Working people should not have to fear illegals, desperate though they themselves may be, taking the very bread from their tables.

Who comes into this country should be people we choose when we choose, and our first priority should not be the success of globalization, but the sure, sound futures of all our working men and women. Not just whites this time around. When our people can believe they have a future, many more of them will be encouraged to step onto the open ground of civilized conversation about the matters that now threaten to bring down our house.

Electing the right Republican in 2016 will do more than secure the party of Lincoln. Securing our borders and resolving the status of illegals will be key in building a new middle class of working families standing united atop Reagan’s City on a Hill.