The Art of the Con

John P. Warren
|
Posted: Feb 17, 2016 9:49 AM
Share   Tweet
The opinions expressed by columnists are their own and do not necessarily represent the views of Townhall.com. 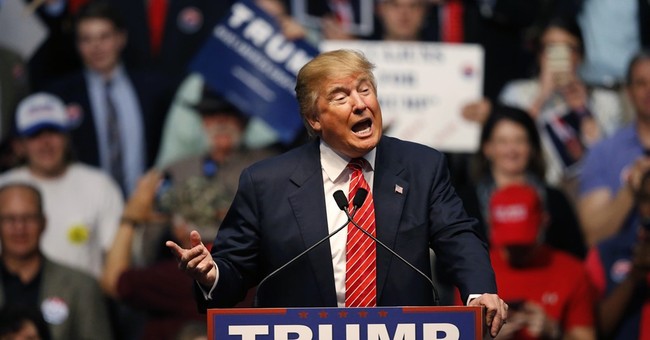 In this week’s Economist (February 13-19), an otherwise ordinary book review brought home to me, as it should to you, that in the world of con artists, there is one and only one king: Donald Trump.

The book is, “The Confidence Game: The Psychology of the Con and Why We Fall for It Every Time,” by Maria Konnikova. Neither the book, apparently, nor the review ever mentions Trump, but as I read the entertaining, but sobering article, it became increasingly clear that this year’s bigger-than-life campaigner shares all the same qualities with the legions of con artists plaguing humankind’s attempts at civilization for millennia.

One incident illustrates several points. It’s about a trusted employee who encouraged his boss and patron to run for public office. He offered to run the campaign and finance it with his mother’s own money. The employee quickly delivered on all his promises to increase the candidate’s popularity via social and print media, thus further gaining the candidate’s trust. When the campaign manager asked for access to the candidate’s bank account in the mother’s absence, the candidate thought nothing of it. Nothing, of course, until he found the man absconded with over $135,000 of his money.

Con artists—men and women both—know, the reviewer wrote, “that nearly everyone wants to hear about how they are special, lucky, clever or destined for great things.” That last phrase tripped the hammer. Trump tells us things are going to be “so great,” “so special,” “so wonderful.” Many in the Trump and Sanders camps fall into this category: good and decent men and women who to the traveling snake-oil salesmen are mere rubes wanting something for nothing. For the political con men, it’s even better: the voters are never entitled to a refund.

The con man always succeeds, Konnikova says, by being able to size up his quarry, by gaining trust, and by making the victim feel special. It’s all about persuasion. The reviewer notes studies revealing “that juries are often more swayed by compelling narratives than by hard evidence.”

Cons thrive in times of uncertainty, discontent, and conflict, when people are especially frustrated or perhaps, depressed. Because humans are trusting sorts, we’ve been victimized over and over. As a consequence, weight-loss products and healing devices are ready scams for the unwary.

“With a little insight into someone’s hopes and dreams, it is possible to make him or her believe almost anything,” recaps the book reviewer. Donald Trump understands that full well. Whether he says it in his own book, “The Art of the Deal,” or not, what he conveys at the podium is that like “the deal” any salesman tries to close, saying whatever is necessary, barring a litigable falsehood, is totally okay. Feeling “great again” still?

Another article, “Inside the Trump-Bush melodrama: Decades of tension and discomfort,” by Philip Rucker and Robert Costa of the Washington Post (August 15, 2015), written before the latest Trump grenades hurled at the Bushes, suggests that Trump was a friend and supporter of the Bush family before he was against them (even throwing a fundraiser for JEB some years ago). Many will recall he was a friend of the Clintons before he was against them, too. When he calls GWB a liar, however, and blames 9/11 on him, his canards run counter to hard, troublesome facts Trump most certainly knows to be true, but they get him the attention he craves. For the best recitation of data surrounding the whole WMDs in Iraq issue, see Dr. Paul Kengor’s February 16, 2015, piece in The American Spectator, “Bush Lied About WMDs? Trump’s Outrageous Accusation.”

Trump was strongly pro-Choice before he became strongly pro-Life just as he was very much for open borders before he found it convenient to build a wall, “so great and so yuge.” Nearly everything he says comes from a need to convince his present listeners with what they want to hear, but he’ll bully down anyone who attempts to thwart him. Do we dare imagine what such a man might do to his opponents should he have his hands on levers of power not yet available to him? What Obama did to the IRS will seem like small ball, indeed.

All of this is not to say that good people should abandon Trump for Clinton or Sanders. Mrs. Clinton’s long trail of sleaze serves only to burnish the image of Warren G. Harding. Similarly, Bernie Sanders has earned higher billing than Trump as a charlatan and illusionist, though he is tapping into the left’s reservoir of deep greed—getting along on someone else’s earnings, all the better when a politician does the stealing. What makes both Clinton and Sanders dangerous to Reagan’s American City on a Hill is they believe in—for the most part—what they are selling.

What is most unsettling about Donald Trump is the trail of evidence revealing that he believes in little else but, “The Art of the Deal,” or to those who’ve had their driveways sealed with black water, “The Art of the Con.” What Mr. Trump will believe tomorrow is anyone’s guess—he himself probably doesn’t know—but neither he nor Hillary or Bernie will feel bound by the promises they made to us today.

This is not to argue for some other candidate in particular, but there are serious, skilled Republicans, conservatives of varying stripes, who have the ability to take us far toward making the American Dream a reality. In 2016, it’s now or never. It’s time for all of us to look in the mirror, acknowledge our fears and frustrations, recognize our part in making the trouble we’re in, but realize America will no longer be “special” unless we elect to make it so.