We Can Choose Our Future 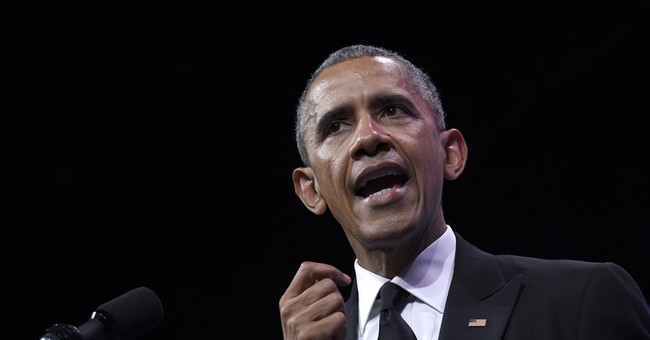 What’s becoming increasingly clear is that the future may not be ours at all if we do not choose wisely in 2016.

How did we get here? If the American century was supposed to have ended 15 years ago, the Pax Americana began its demise in 2009 and ended when we cloaked the Iran Deal with a “peace in our time” delusion. With steroidal myopia, we granted ourselves a bloated almightiness that didn’t allow us to see the enemy eating our feet.

With a clarity that sometimes comes with iced bourbon on a contemplative evening, it becomes easier to discern whether the Obama administration’s foreign policy has resulted from delusional naiveté, blithering blunders, or fox-like fecklessness.

As to the first, President Obama’s forays with Secretary Clinton can easily remind one of Mickey Rooney and Judy Garland shouting, “Hey, kids, let’s have a show.” Only Lewis Stone as Andy Hardy’s father was not with us in 2009 to manage the juvenile behaviors that began. After seven years of idiocy ushered by four Secretaries of Defense and two Secretaries of State, there can no longer be a claim of innocence, can there? Actually, it’s become clear that at least two SECDEFs could no longer abide the megalomaniacal micro management of world affairs coming from one or two offices in the White House. As for Benghazi, it’s hard to give Mrs. Clinton plaudits for resigning her post in protest were she to ever make that claim. Either she gets credit for what good or ill (much of the latter) occurred on her watch or she was a mere diplomatic courier, a showdog with a muzzle. Given the revolving door at the Pentagon, one has to conclude her portfolio at State served only to facilitate the degradation of American power across the world.

The second is less abstract: the withdrawal of troops from Iraq—like leaving a new-born puppy alone in the field with a hungry fox—the decapitation of Gaddafi followed by the abandonment of Libya (and Remember Benghazi!), diplomatic narcolepsy on Ukraine’s behalf, benign neglect of the North Korean nuclear brat, public kow-tows to China’s new mandarins, adultery with Iran in the betrayal of Israel, and obeisance to Putin’s newest hegemony. All make the case for blunders aplenty, but how could so many of them be possible, given the Ivy-League minds serving the nation?

The litany of horror and humiliation brings us to the third possibility: the apparent oxymoron seemingly present in a phrase like, “fox-like fecklessness.” One has to conclude that this president has taken every opportunity to abdicate American’s international responsibilities for two and only two reasons: to ease his embarrassment for America as a world power and to further his domestic social agenda.

Any passing glance at our national budget reveals a two-fer at his disposal: a steady reduction in the growth of defense spending and raised taxes are two sources of new billions to support his dream of a semi-socialist utopia in remediation for two centuries of capitalist oppression (his presumed belief, not mine). Yes, Bill Ayers and Jeremiah Wright would be proud!

Some will consider my words nothing more than a right-wing rant of imaginary ills aimed at deriding the accomplishments of the nation’s first black president. Baloney is the only nice word with which to reply to such nonsense. The facts at our fingertips are there to see: the foreign policy assertion is self-evident. Domestically, the president’s insistence on Obamacare rather than the immigration reform he promised Latinos and the rest of the nation threw Latinos under the legislative bus to avoid angering the Congressional Black Caucus with a law legitimizing competition for jobs and social benefits. At the same time his administration encouraged Sanctuary Cities and expanded the reach of social programs to colonize the illegals. His weaponizing of the IRS to silence critics comes right out of Alinsky’s Sixth level of control of what people read and hear. Opinionated positions on myriad other domestic squabbles further illustrate the notion that Obama’s fox-like fecklessness makes his a deliberate policy program for our country.

What he has accomplished via law and executive order in seven years has been stunning, but not terribly difficult given the complicity of State Media, and a disunited opposition. The GOP’s disarray is cause for celebration and lifted glasses at progressive tables everywhere, and what has been especially delicious for them is that their victory cost them nothing—but may cost all of us everything.

Republican principles will be footnotes in government-controlled texts if Democrats win one more major election, and international predators begin feeding on our carrion. That thought alone should spur the GOP, and those with every shade of red in their bloodstream, along with Indies, and even conservative Democrats to consider the future of the nation. Before the last bites of turkey are a memory this season, thoughtful Americans need to find their one candidate, the most electable conservative available, and move her or him forward to the one victory that defines national leadership. Too, they must ensure the winner’s coattails are long enough to secure control of the vast and intricate mechanisms of government. It matters.

To do otherwise will ensure a bitter harvest for our children and theirs, a consignment to historical oblivion of all that our founders and so many millions of others hoped, fought, and died for, of every sacrifice Americans have placed before the altar of freedom. Their ghosts encircle us now and urge us onward. The future is ours to choose if have but the will to do it.