It’s a Kafka Kind of World 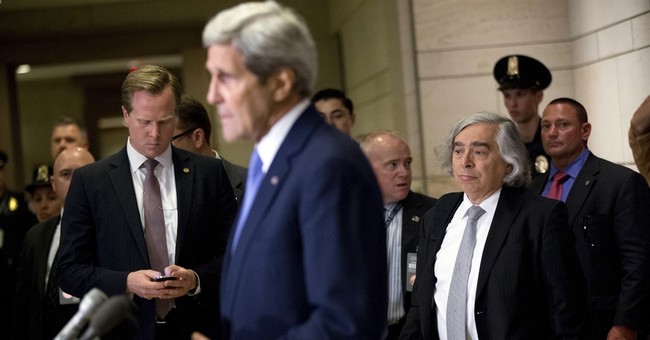 Franz Kafka would not have been surprised at the news this past week: Government entities will investigate those who exposed a fetal body part scandal, the Obama Administration negotiated a devil’s bargain with Iran, and equally incredible, some still believe Donald Trump is a Republican.

What do all three have in common? Head-scratchers extraordinaire, they upend good sense.

Planned Parenthood: The Center for Medical Progress released videos of a Planned Parenthood medical director discussing the costs and nuances of harvesting and transferring fetal body parts to persons purporting to be buyers—over lunch, with wine. For those who watch only Managed Media—a polite term for the claque of progressive camp followers posing as news organizations—they may have missed much of the story, or heard only Hillary Clinton’s condemnation of the investigative journalists, not the purveyors of human debris swept from their charnel houses.

What they also heard is that DOJ Attorney General, Loretta Lynch, and California’s AG, Kamala Harris, a US Senate candidate presumptive, will bring all the official weight of federal and state government down on the Center for Medical Progress for ripping the façade from fetal sausage factories, rather than investigate Planned Parenthood to ensure they are not engaging in illegal sales practices involving infant body parts.

What makes this a topper in the Kafka hall of fame is that Barack Obama, Loretta Lynch, and Kamala Harris, African-Americans all, continue to support an organization founded and structured by Margaret Sanger principally to limit the reproduction of black Americans she considered “unfit” and “inferior,” as concisely described in Jonah Goldberg’s 2008 work, Liberal Fascism (pp 270-274). All of this would be like the Woodrow Wilson Administration investigating anti-lynchers when the KKK rekindled after the 1915 release of Birth of a Nation.

The Iran Deal: Calling whatever the western nations worked out with the ruling principals of Iran a “deal” evokes the same comfort level as when someone hears a friend describe the “deal” he/she struck with the corner-lot, used-car salesman. Those folks are in business to make money, and like diplomats from other countries, serve their own interests first, then perhaps, the interests of others.

The US has spent 20 months begging Iranians for an agreement, which everyone expects they’ll violate or repudiate because they have sworn destruction of our entire way of life. An outcome of any diplomatic arrangement should be mutual respect, but the current Iranian leadership believes that to keep any bargain with a declared enemy would be a shameful loss of self-respect. It should be no comfort to Americans, moreover, that Iran’s denial of Israel’s right to exist places its destruction ahead of our own.

BHO’s “peace in our time” initiative seems desperately designed only to make him a candidate for another Nobel, but one suspects that future events will bestow upon him the Neville Chamberlain prize and no other.

The Trumpster: If one takes just a few steps back from Trump’s efforts in 2012 and the present, a high-definition picture begins to emerge.

Mr. Trump cannot wish away his progressive declarations on abortion and other key issues with a simple, “I’m the Donald, and I’ve changed my mind.” It won’t wash. Neither will his reported financial support for Hillary Clinton and other progressive candidates and causes.

For a guy who undercut the 2012 nominee and went out of his way to insult the 2008 standard-bearer—along with every veteran—who is politically dismembering every current GOP candidate, who has alienated the very constituency—Hispanic-Latinos—on whom the party must depend for election, yet who has been relatively gentle about Hillary, Bernie, and progressive policies in general, it’s hard to believe he is running for anything as a Republican or a conservative. Most emphatically, he is neither.

So what is he? A spoiler? An agent provocateur? The DNC’s ultimate Trump card?