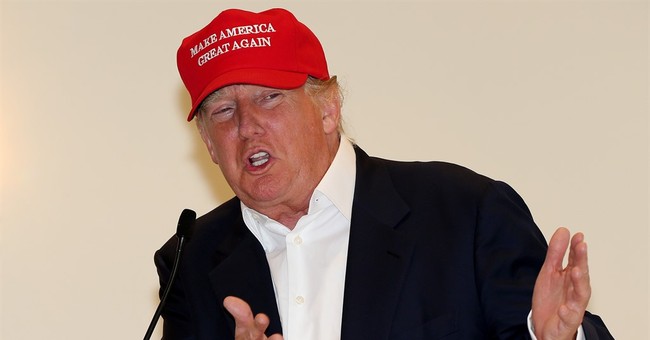 Donald Trump and Sarah Palin are Washington pariahs. Mention either name and emotions flare into swollen, ruddy passion. Opinions spill interspersed with hurried spittle as commentators struggle to operate their mouths with enough alacrity to keep pace with their emotions masquerading as thought. They gush with spleen at the effrontery of unwashed persons treading the heights of national politics. Neither

Pundits like Karl Rove are nervously dismissive of Trump. In recent statements on Fox News, Rove has gone so far as to praise the feckless Lindsey Graham for his response to Trump’s eye for an eye style of campaigning. Rove points weakly to Graham’s view count on his YouTube response as evidence of Graham’s political adroitness. As Lindsey Graham continues to plummet in the polls, it’s painfully clear that Rove is an expert in picking losers. Measured, practiced, and moderate Republicans are a sure formula for another Democrat victory.

Sarah Palin’s great sin was her genuine conservatism and total disdain for a pedantic, corrupt, and perverse establishment media. The Republican base rallied to her like Joan of Arc, while the predictably politic John McCain sulked and sat idly as GOP cronies unsheathed their long knives. The result of that fratricide has been the blight of Obama and his completely corrupt administration. McCain kept to the GOP playbook of “don’t attack Obama” and lost an election that was his to win.

Whatever was heroic in John McCain has long since shriveled, exposed over decades to the desiccants of compromise and dishonesty. Arizonans are wearily familiar with McCain’s pandering to the right during election season only to return to Washington as a RINO. But, this is establishment Republican politics. Candidates pander to the interests of donors, genuflect before the professional consultant class, and peddle away every shred of principle to garner the approval of the mythical independent. Social issues are deemed political suicide and the resultant political animal is a shamble neutered by progressivist influence peddlers who wallow in the gutter that is Washington, D.C.’s K street. Mitt Romney chose the heavily traveled road mapped out by the clueless consultant class and abandoned the passion and confrontational style that made him the clear victor in his first presidential debate with Obama. The second and third debates are a cautionary tale of how to lose an election by heeding the advice of consultants obsessed with appealing to independents and playing it safe. Most Americans interpret that as cowardice—not an enduring quality. And, just as quickly as Romney won the Republican base with his courage and vitality, he lost them as his grip on Obama’s throat loosened. In the end, Republicans stayed home, handing Barack Hussein Obama a second term. Romney seemed to lack the courage of his convictions. He compromised and instead of conquering his political opponent he appeared to defer to him. This unseemly lack of conviction is always fatal and is characteristic of moderate campaign strategy.

America doesn’t want compromise. America doesn’t want bipartisanship. For people who aren’t politicians this is easy to understand, the American people didn’t hand the Republican party complete control of the House and Senate because they want to reach an accord with Democrats. Republicans were granted power to dominate Democrats and to dismantle the Marxist policies of the Obama administration. Trump is the promise of deconstruction and he is an icon of the antiestablishment; this is why Donald Trump is so popular.

Trump is far from polished but Americans aren’t concerned. Trump is compelled by conviction and makes no apology for it. He isn’t measuring his words and opinions based on a gaggle of silly beltway pundits and consultants. And, Americans love him for it. He is direct and clearly labels Obama administration policies as corrupt, ineffective, and catastrophic—he sounds like a guy who wants to win. He describes the opposition in concrete terms and casts them as inferior and undeserving. Politics isn’t a pansy’s game and Trump knows it. The stakes could not be higher and it is long past time for mincing words and treading lightly. It sounds simple and it is. Most likely, this is why inside the beltway drones miss this.

Campaigning is more akin to boxing than chess. Contending champions don’t conduct interviews and discuss how the opponent is just as worthy to receive the title. Boxing is about two men locked in battle, each convinced of his own superiority. Winners know they’re going to win and aren’t shy in saying so. Republicans have acquiesced to timidity while Democrats have been bold to the attack. Trump is in the ring and battering everyone who presents themselves as the opposition.

In the final analysis, what’s really important is how Donald Trump is engaged in the creative destruction of the GOP brand. And, it is long overdue. He treats the mainstream media with a degree of contempt that finds resonance with a vast number of American voters. He does not suffer fools lightly. He is not beholden to the Chamber of Commerce. He gives no quarter to his Democrat opponents. And, is refreshingly dismissive of GOP campaign protocol. Whether Trump gains or loses the nomination isn’t really important. What is critical is that the GOP nominee realize that his or her power with the Republican base is in direct proportion to their antagonism for the GOP status quo and their adherence to conservative principle.