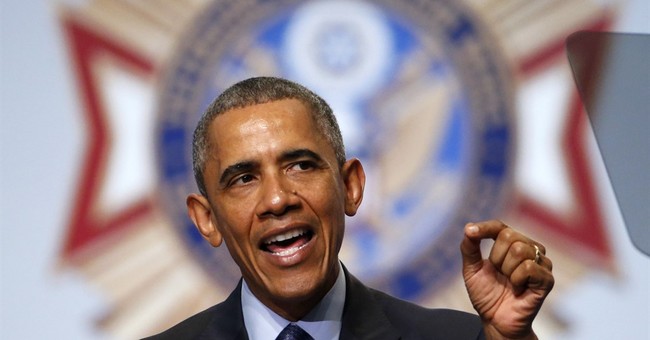 Tell me this is not happening. The Iran Deal – two words that sound odd together, even in the abstract – now lurches forward, speeding downstream toward final completion (in some form), a spinning vessel lacking positive purpose or direction, just possessing dangerous momentum. Where is the strategic purpose; or is the purpose just to ink a deal. There is no long-term palpable advantage to the United States. By contrast, the deal as presently conceived may produce inordinate, near and mid term damage to American national security – and not in the way most think.

The Iran Deal, unknown to most Americans, may actually clear the way for a Russian-Iranian missile deal that will put our allies and even Heartland America at direct risk. The deal may allow Iran to gain a delivery system for dropping a nuclear, or other devastating, weapon directly on the United States. And Iran is not entirely to blame for this outcome – the Obama Administration and Congress will both be culpable if this occurs. Here is how the dark stars are lining up – and how to stop that eventuality.

This twist – a heavy lift capable Iran, an Iran one day possessing nuclear armament – seems bizarre, but “facts are stubborn things,” as Ronald Reagan once said. So, here are the facts. Unless the Administration or Congress reverses course – and either may – this is the way things sit. If Iran gains real heavy lift capability, let alone continue to develop a nuclear weapon, other facts will suddenly become highly relevant to U.S. national security. For example, Russia has long been helping Iran advance its nuclear program. This is a matter of public record. While this is worrisome, it is not a surprise. By itself, it is also only another pebble on the scale, arguing against the Iran Deal. But there is more.

Even as America has quarreled with Russia over adventurism in Ukraine, we have deliberately cooperated with Russia in key areas, including trade, diplomacy and space. That is par for the course in international affairs. Lots of rhetoric and chess playing at a high level, with operational activities still functioning, as they must. Thus, for example, Americans get to and from the International Space Station via a Russian spaceship – and will for the indefinite future.

Similarly, American satellites are delivered to orbit via a unique Russian rocket engine, the RD-180 – of which Congress has recently talked a lot – and this is likely to be necessary for the next decade or nearly so, as America struggles to build a reliable, tested, certified and deployed heavy lift rocket engine that can do what the RD-180 now does. None of this is or should be surprising. And Congress has rightly pressed new money into the idea of building one or more “American made” rocket engines for heavy lift to space, but his is expected to take years.

Meantime, as the presently-conceived Iran Deal is getting closer to an illogical, counter-productive signing – one that would damage American, Western, and regional security – some in Congress seem intent to hurt us twice in one blow. They have actually maneuvered, or perhaps just too hastily arrived, into the idea that we can further punish Russia for their aggression in Ukraine and elsewhere, by summarily ending their ability to sell us these unique RD-180 rocket engines. In the abstract, this sounds gratifying. But no one – not least Americans – live in an abstract world today; in fact we never did.

Today, the decision to abruptly stop acquisition of the RD-180 would be extremely damaging to our national security – yours and mine. Why? And why must Congress act fast to preserve our access into the next decade – to these Russian engines? Because not only do we have no alternative, and likely will not have any alternative to getting our national security satellites into space without the distant “American Made” engine is available, but we have another problem.

If the American Government – in particular, the U.S. Air Force – does not continue to keep an unbroken flow of Russian RD-180 engines coming to the United States, which preserves our own ability to launch the Atlas V rockets with our own satellites on them for our protection, something else will happen. The limited number of these special Russian engines – which can lift a reputed 20,000 pounds, and allow the delivery of that payload anywhere it likes at any time it likes – will get sold elsewhere. Russia needs the foreign currency from their limited manufacturing stream of RD-180 rockets. And the only eye that gets poked will be ours.

And where is the most likely customer for those RD-180 rockets, if not the United States? Many in the national security community think – with some authority – about 1,530 miles from Moscow, in downtown Tehran. That is right. If the Iran Deal is signed, and if the existing Russia-Iran relationship built around nuclear power is allowed to expand, the outcome could be a tripwire, setting up a Russia-Iran RD-180 deal, of exactly the kind that Congress will be letting happen if it does not preserve the current buy, for the next decade, of RD-180 rockets.

And why do these rockets matter so much? Because they are not only important to keep U.S. national security assets overhead for our own protection, and to keep satellites aloft in the deeper orbits needed for our global communications, but these engines would give our most ardent adversaries a way to hit us or our allies – and with a nuclear or other extremely deadly weapon – a delivery which we could not prevent.

What is the answer? Straight forward and two-fold. First, the Iran Deal must be nixed. Perhaps it offers the chance for someone to get a prematurely awarded Nobel Prize for good intentions, but no more. It is now just a spinning boat, a lost mission – and we must say so, and step away.

Second, and this is where there is a premium on thinking ahead, Congress and the Administration must keep the RD-180 relationship with Russia alive and well, operational and uninterrupted, to preserve both our own access to orbit with the only existing rocket that can economically and reliably get there, the Atlas V, and to preserve an even more important element of security – if there could be one: The transfer to Iran or North Korea of the half dozen RD-180 rocket engines that Russia annually produces.

If we are not smart, we will learn only too late that seemingly clever deals and trade interruptions get us only so far; and then we are swept into a vortex from which we cannot escape. Congress, and the president, must see this coming – and stop it now. Say no to the present Iran Deal. And yes, keep RD-180 access uninterrupted until we have our own, proven heavy-lift rocket engines deployed. Then, reevaluate the missile proliferation issue – and do so from a position of having preserved our national security.