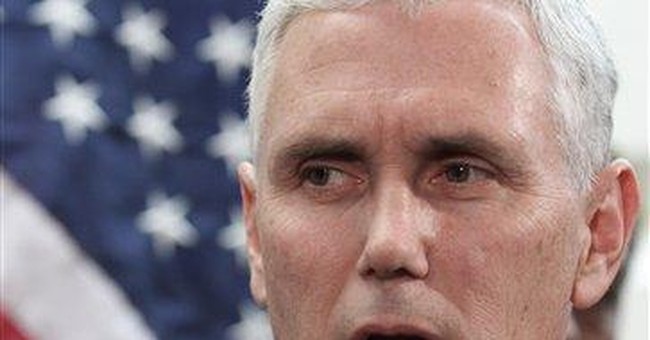 The Free Flow of Information Act was reintroduced in Congress this week to allow reporters the privilege of shielding confidential sources in federal court.

The House overwhelmingly passed the legislation in 2007, garnering 398 votes. Now Rep. Mike Pence, Indiana Republican, and more than 30 of his colleagues, including Rep. Rick Boucher, Virginia Democrat, are pushing hard to make the bill law.

"This is truly a bipartisan issue," Mr. Pence said. "It is a First Amendment issue."

Today, he said, the press "cannot make that assurance to sources, and we face the real danger that there may never be another 'Deep Throat.' "

She calls the Watergate whistleblower, who died in December at age 95, a "singular American who helped our democracy triumph in one of our darkest moments ... that will forever ensure his place in history."

Three years ago, however, this columnist called on John "Jack" McDermott, who supervised the Watergate investigation as special agent in charge (SAC) of the FBI's Washington Field Office. At the time, the retired agent was awaiting a scheduled visit from a Hollywood screenwriter.

"[Actor and producer] Tom Hanks has already paid Mark Felt's family for the rights to write the screenplay on Deep Throat, and I can only surmise that they will only be willing to proceed with this if Hanks were planning on projecting Felt in a heroic manner," Mr. McDermott told me. "You don't make too many films about the devil."

"Our aim is to see if we can inject some degree of perspective in this thing," he continued. "So I plan to accommodate them by making myself available for the sole purpose ... consistent with accuracy."

Mr. McDermott, who retired as the FBI's deputy associate director, has made no secret of his disdain for Mr. Felt, who after decades of secrecy conceded to being Deep Throat. The retired SAC charged that his colleague's repeated leaks to the press not only compromised the Watergate probe, but placed witnesses in jeopardy.

"Felt was the bureau's Benedict Arnold," he said. "Having been entrusted with the highest levels of military command ... Arnold betrayed his oath, his country and his fellow citizen-soldiers to pursue his own ambitions. Felt did no less to the bureau and his fellow agents. Let's not fool ourselves. The bureau's reputation for faithfulness and unselfish devotion to duty has been seriously diminished by this foul episode."

After Mr. Felt recently came out of hiding, he signed book and film deals for around one million dollars, said his publisher, who added Mr. Hanks would produce the movie.

Mr. McDermott was concerned that Mr. Hanks was "sold" on a belief that Deep Throat was "a champion of truth that otherwise would have been suppressed, rather than a cowardly bushwhacker, disloyal to his fellow agents and his oath of office."

NO TIME FOR ADIEU

Rebecca Hagelin, the Heritage Foundation's senior communications official, is senior producer of the film "33 Minutes: Protecting America in the New Missile Age," which made its premiere this week.

"33 Minutes is one of the most important projects of my career," she told Inside the Beltway before Wednesday night's Capitol Hill screening.

"When Americans realize how vulnerable we are to a missile attack - and how close we are to reducing that threat to near zero through the full deployment of missile defense - I believe they will demand that our leaders finish the mission that was started some 25 years ago."

She said most Americans "don't realize that 33 minutes is the longest it would take for a ballistic missile launched from anywhere in the world to reach and obliterate the city or region is was programmed to destroy. That's not even enough time to call all your family members and say goodbye."

More than two dozen screenings of the film are scheduled throughout the nation.