Can it Get Worse? 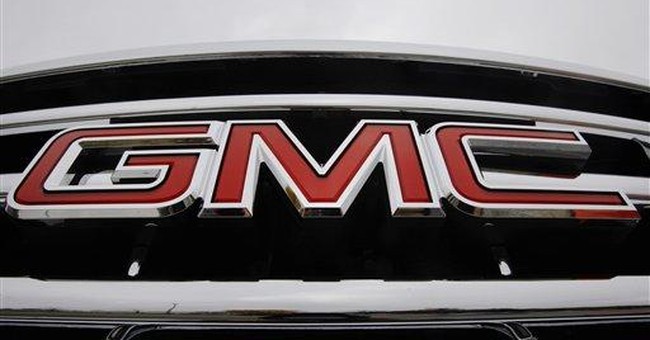 What a Monday it was in America.

First, it was confirmed that the U.S. economy had fallen into a recession one year ago. Upon which the Dow Jones Industrials Average plunged nearly 700 points, setting a record for a one-day point drop.

If that wasn't enough to swallow, Americans were told to expect a terrorist attack on U.S. soil with nuclear or biological weapons within the next five years.

"At last President Bush has an exit strategy. His own."

"Please leave my name out of this," requests our source within the Department of Transportation, "however, I think it's interesting that the DOT [assistant secretary] apparently feels OK with Kinara (whatever that is) and Menorah, but shies away from 'Christmas Tree.' "

"In the spirit of the holiday season, [staff] will decorate the West Atrium on Saturday, November 29. A decorated tree will be set up in the middle of the atrium, just as last year. For the protection of the DOT employees, [staff] will position wrapped boxes underneath and around it to extend beyond the tree.

"Stanchions will also be placed around the tree for precaution. The atrium will also be decorated with a Kinara and a Menorah. We hope you enjoy the festive displays."

A kinara is a special candleholder used during Kwanzaa. It holds seven candles - red, green and black, which represent the colors of the Bendera, or African flag - that honor the seven principles of Kwanzaa.

With the conservative movement re-entering the wilderness, "all we shall have to comfort us is the L.L. Bean catalog," R. Emmett Tyrrell Jr., editor in chief of the American Spectator, will contend at Wednesday evening's Robert L. Bartley Gala Dinner celebrating conservatism.

Mr. Tyrrell plans to distribute 400 Bean catalogs to guests, who will hear from Supreme Court Justice Samuel A. Alito Jr., the evening's keynote speaker. The feisty editor will urge his fellow conservative guests to study the catalogs "assiduously. Learn the bird calls."

"Incidentally, after every stay in the wilderness we conservatives have come back stronger," Mr. Tyrrell will point out. "The reason we keep coming back is that we are not a party of prophets or messiahs but a party of principles."

If President-elect Barack Obama proves to be a "defender of liberty, we shall follow him," he will conclude in remarks we obtained. "America's strength is individual liberty; our aim is to be the rallying point for a revitalized conservative movement."

The magazine's annual Barbara Olson Award for Excellence in Journalism will be presented to longtime columnist Robert Novak, who is battling cancer.

The "exorbitant" final price tag for the U.S. Capitol Visitor Center (CVC), which finally opened to the public this week, earns more than a mention from the nation's leading taxpayer watchdog, Citizens Against Government Waste.

"Initially conceived in the early 1990s and projected to cost $71 million, the CVC has become an example of out-of-control government contracting and mismanagement," says the nonpartisan group dedicated to eliminating waste, fraud and abuse in government.

The final price tag: $621 million (and three years behind schedule).

In March 2007, Rep. Jack Kingston, Georgia Republican, complained that the CVC had become "a monument to government inefficiency, ineptitude and excessiveness." Democratic Florida Rep. Debbie Wasserman-Schultz added: "I've never seen a bigger boondoggle in my life. It's like they're playing with Monopoly money."

Officials of the CVC declined to be interviewed by Inside the Beltway.