So Much for Sarah 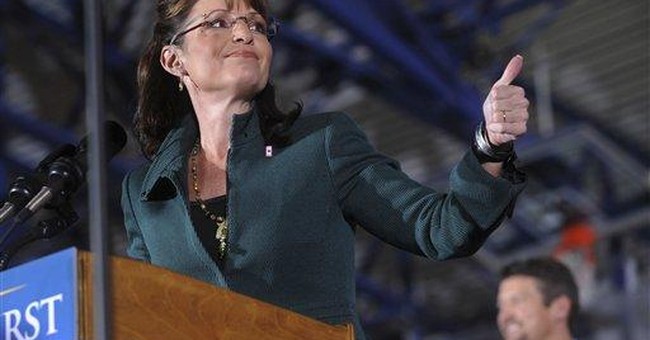 Barack Obama can thank women - white women, in particular - for his popularity in polling leading up to Tuesday's presidential election.

According to the Center for American Women and Politics (CAWP), this marks a shift from the 2004 election, when exit polls from Edison Media Research/Mitofsky International found that 55 percent of white women voted for President Bush and 44 percent for Democratic Sen. John Kerry.

"This shift in support among white women from 2004 to 2008 is one reason Obama is faring better than Senator Kerry did in the last election," observes CAWP Director Debbie Walsh.

Democrat Barack Obama is the heavy favorite to capture the presidency, according to Bet Online.com. Republican John McCain is currently an 11-to-2 underdog to win the White House.

Former Virginia Democratic Gov. Mark Warner, who is running to fill the seat of retiring Republican Sen. John Warner, is enjoying such a wide lead over his Republican opponent - fellow former Virginia Gov. James S. Gilmore III - that he could spend the next two days, well, passing out candy.

From dusk well into Halloween night, a ghoulishly dressed Mr. Warner sat on a cobweb-covered bench on his Old Town Alexandria patio and filled the trick-or-treat bags of an endless stream of little witches and gremlins, while greeting adult-well-wishers who, unlike their charges, saw through the popular politician's mask.

Mr. Warner is ahead of Mr. Gilmore by a margin of about 61 percent to 36 percent.

A half-block beyond Mr. Warner's yard, Virginia Democratic Rep. James P. Moran, took the cue from Mr. Warner and passed out candy from the doorway of his relatives' house.

Arguing that past U.S. presidential elections are "rife" with violations, a coalition of U.S. pro-democracy organizations has petitioned the United Nations to supply international election observers for Tuesday's balloting.

Calls were made to representatives from New Zealand, Brazil, Uruguay, Bolivia, France, United Kingdom and Sweden.

"If nothing else, they must document and expose to the rest of the world that we cannot guarantee our voting rights, nor even enough integrity in our complicated and partisan system that the 2008 presidential election will have integrity - integrity which both the elections of 2000 and 2004 clearly lacked," states Grace Ross, a 2006 Massachusetts gubernatorial candidate and longtime human rights activist, who spearheaded a request for U.N. election observers before the 2004 presidential elections.

The former traced her part in the recent history of race and sex in American politics, explaining that "the demographic that trumps race and gender and everything else ... is youth. The youth are totally dominating the election today."

The latter compared "spin" in a political campaign with "spin" by the legal profession.

"Lawyers face disbarment and criminal prosecution if their 'spin' crosses the line into misrepresentation, perjury or fraud," Mr. Olender said. "Further, a lawyer who unrealistically 'spins' a case is as likely to lose as a politician who puts out negative campaign information. They turn off the jury and the voters."

Mr. Cheney said that in all his years as a senator, Mr. Simpson was exactly the same person, taking his job seriously, but always retaining his humility, while spreading a few words of wisdom:

"One of my favorites was that, 'Those who travel the high road of humility in Washington are not bothered by heavy traffic.' "