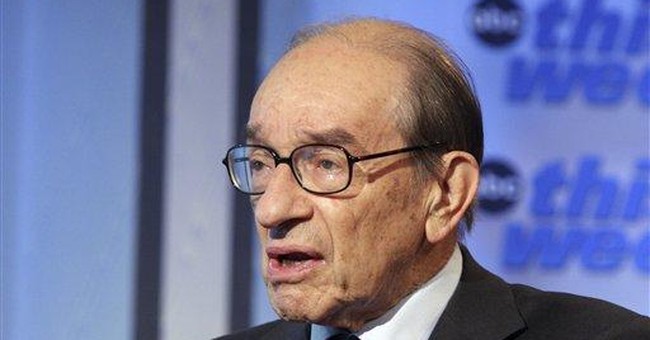 "I guess your husband would agree with me on this!" Sen. Orrin G. Hatch, Utah Republican, told a surprised MSNBC anchor Andrea Mitchell during an interview Wednesday afternoon on the pros and cons of tax plans offered by the two leading presidential candidates, Democrat Barack Obama and Republican John McCain.

Mr. Hatch, on second thought, immediately apologized to the anchor, saying he should "not bring him into this." But Mrs. Mitchell assured the senator that it was OK, insisting she does not "discuss economics" with her husband, former Federal Reserve Board chairman Alan Greenspan.

With Election Day less than two weeks away, no better time for a refresher course on the confusing Electoral College: 538 electors in all, one for each of the nation's 435 congressmen and 100 senators, and three for the District of Columbia.

Few are aware that the National Archives, charged among other vital tasks with preserving the Declaration of Independence, U.S. Constitution and Bill of Rights, carries out another "little-known" function: the administration of the Electoral College, ensuring that the "complicated and sometimes confusing steps in the electoral process are followed exactly."

"Immediately after Election Day, the governors of each state and the mayor of the District of Columbia must prepare certificates of ascertainment that identify their slate of electors," Archives notes. "The states send these certificates by registered mail to the Archivist of the United States, who is required by law to administer the Electoral College."

Not until Dec. 15, more than a month after Americans will have gone to the polls, do the electors then gather in each state to cast their votes for president and vice president. It is then up to the National Archives to ensure that the votes, recorded in certificate form, are delivered to Congress and held under seal until Jan. 6, 2009.

Not until that day will Congress open and count the votes in joint session, and finally proclaim either Democrat Barack Obama or Republican John McCain the newly elected president of the United States.

Cost-cutting during these economically depressed times begins at home, and we can only hope that Congress leads by example when its new session convenes in January.

The Senate Historical Office, which serves as the institutional memory of Congress, recalls a particularly timely floor debate from 1967 involving then-Senate Republican Minority Leader Everett Dirksen and efforts to abolish his subcommittee on federal charters, holidays and celebrations.

"Early that year, Senator Allen Ellender, a conservative Louisiana Democrat and member of the Joint Committee on Reduction of Nonessential Federal Expenditures, recommended elimination of this two-member panel, with its $7,500-a-year clerk," the Senate historian explains.

At which time Mr. Dirksen launched his counterattack: "Mr. President, I rise in vehement opposition to the proposal to do violence to this little subcommittee. The most important reason that I can assign is that I am chairman. You are not going to do that to me, are you, and destroy my one and only chairmanship?

"I want the Senate to know that this subcommittee deals with holidays, and if you can think of anything more important in the American calendar than that, then I give up."

"Dirksen saved his little subcommittee," the historian concludes, "which continued even after his death, under minority chairmanship, until its elimination in 1977."