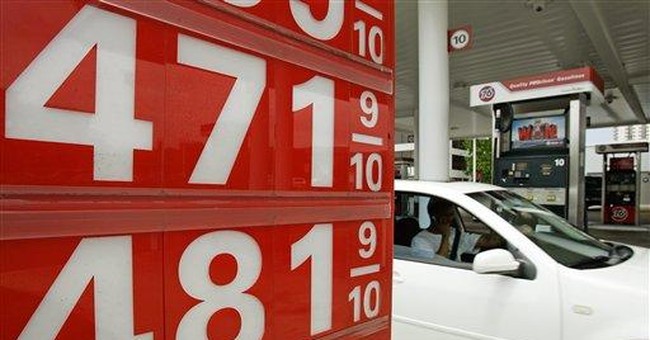 When it comes to domestic energy production, Louisiana Sen. Mary Landrieu is not your typical Democrat.

Indeed, she's among a handful of Democrats working with Republicans on decreasing, as she chooses to phrase it, "our dangerous dependency on oil from places in this world that do not share our values and are not friendly, safe places to operate."

In recent days, Inside the Beltway listened as Mrs. Landrieu took to the Senate floor and argued: "There are benefits to drilling in Alaska. There are not many people there to aggravate. There are only 500,000, and people in Alaska, like people in Louisiana, want to have oil and gas drilling. They believe in using their natural resources, whether it is oil and gas or trees."

"We believe in actually cutting a lot of our trees because they grow back," she said.

Participating in an Internet chat at The Washington Times last week, Mr. Barr said: "Yes, it's still true that I haven't seen the movie. I also hear that he's making another film so we're on the lookout to make sure that we don't get taken again."

While filming the mock documentary, actor Sacha Baron Cohen (Borat) met with Mr. Barr on Capitol Hill, presenting the congressman with cheese that he said was made from his wife's breast milk.

"My staff does its best to get as much background information before an interview takes place," Mr. Barr said. "They did the same for Borat's interview. They called the numbers provided, found a Web site through a search and felt it was legitimate.

"Clearly, that was not the case," he added. "While it was in good fun and no harm was done, I'm not a fan of this style of moviemaking, as the terms are not honestly presented to the person or group being interviewed."

New legislation would assure that all military chaplains in every branch of the U.S. armed services, including military academies, would have the prerogative to recite a closing prayer outside of a religious service according to the dictates of the chaplain's own conscience.

"For Christian chaplains, closing their prayers in the name of Jesus Christ is a fundamental part of their beliefs, and to suppress this form of expression would violate their religious freedom," says Rep. Walter B. Jones, North Carolina Republican and sponsor of the legislation introduced last week.

"The demand for so-called 'nonsectarian' prayer is merely a euphemism declaring that prayers will be acceptable only so long as they censor Christian beliefs."

Mr. Jones says some progress is being made. The 2007 National Defense Authorization Act, for instance, directed the secretaries of the Navy and Air Force to rescind 2006 guidelines preventing chaplains from praying according to their own faith and conscience in public venues.

GETTING IN THE ACT

In the company of senatorial hopeful Al Franken, Washington lawyer Sandra Robinson traded one consumer-advocate gavel for another, beginning her term as president of the Civil Justice Foundation on the heels of being president of Public Justice.

In her final official act in the latter post, she presided over an annual gala featuring a keynote address by Mr. Franken, the actor and satirist-turned-2008 Democratic candidate for senator from Minnesota. In support of Public Justice, Mr. Franken auctioned autographed copies of his books and his own freehand map of the 48 contiguous states (no doubt colored blue).