A Kennedy Kind of Guy 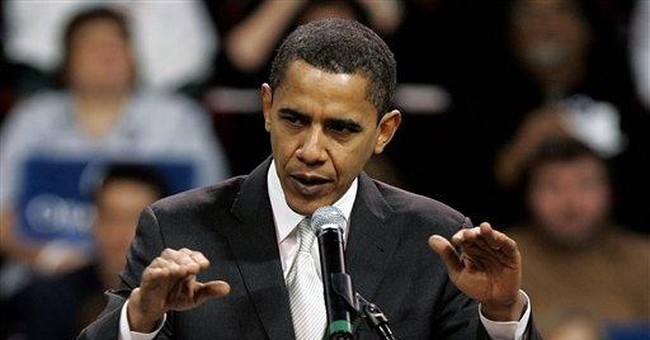 Good grief, no wonder Sen. Edward M. Kennedy of Massachusetts endorses Barack Obama over Hillary Rodham Clinton for president, given the National Journal's eye-opener yesterday that the Illinois Democrat's 2007 voting record makes him the "most liberal" member of the U.S. Senate.

The more moderate Mrs. Clinton was 16th on the list.

For 45 years, since first discovered in 1963, cracks have grown around the marble Tomb of the Unknowns at Arlington National Cemetery.

In 1975, the first cosmetic repairs were made — the tomb is composed of six pieces of marble, actually — but a 1989 inspection found that the cracks only grew. Today, they're even larger.

It was two years to the day after the close of World War I, on Nov. 11, 1918, that the French buried an unknown soldier from the conflict in the Arc de Triomphe. The British followed suit, laying to rest one of their own in Westminster Abbey. A year later, the Italians chose a tomb site for one of their soldiers in front of the Victor Emmanuel Monument in Rome.

In response to American public sentiment, on his final day in office in 1921, President Woodrow Wilson signed a bill calling for a tomb for an unknown U.S. soldier. Now the question is how to preserve the hallowed burial site for future generations.

In 2006, four options were presented, none of which would disturb the remains: "No Action, Repair, Replace, or Procure Marble," according to the cemetery's strategic plan. Fortunately, the do-nothing action was rejected.

In the meantime, retired U.S. Army Col. Peter T. Russell, a D.C. resident who graduated from West Point in 1942, telephoned Inside the Beltway this week with his strategy: "I have a suggestion that the cracks be filled with gold. And where do we get the gold?

Excellent idea, Colonel. In fact, we submit it should be up to every American, not just veterans, to contribute to this worthwhile effort, whatever the ultimate solution to filling the cracks.

And yet the Republican presidential front-runner will be traveling to Boston on Sunday to watch the game there — in the front yard of his opponent, former Massachusetts Gov. Mitt Romney, no less.

"But don't read that as any support for the Pats over the Giants — he loves Massachusetts and New York," a McCain aide told Inside the Beltway last night.

That was Sen. Elizabeth Dole of North Carolina and Rep. Marilyn Musgrave of Colorado, both Republicans, among other worthy women presented with the Susan B. Anthony List Distinguished Leader Award at Wednesday night's Campaign for Life Gala at the Willard Intercontinental Hotel.

The pro-life group said it plans an "intense year of activity leading up to the 2008 elections."

We smiled knowingly this week when Sen. John Cornyn, Texas Republican, reflected on the day he first came to Washington about five years ago, and "a colleague of mine said: 'Welcome to Washington, D.C. It is about eight square miles of logic-free environment, where perception is reality.'

"One reason I think people chuckle at that, and maybe groan a little bit inside when Washington is described that way, is because we send out such contradictory messages at the same time."