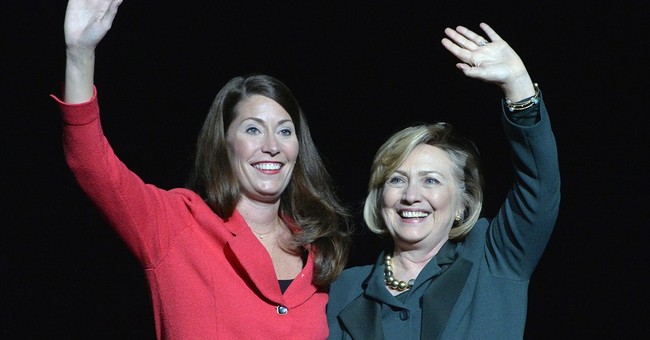 Senator Rand Paul (R- Ky.) was early out of the box after the election claiming that the biggest loser was former Sec. of State Hillary Clinton. I thought that was a bit over the top since she wasn’t on any ballot.

Rand Paul is clearly preparing to run for president and expects, as does most of the political establishment, that Ms. Clinton will be the Democrat nominee. This was not the first time he has taken a shot at her. He wants to assure the Republican base that he will not be timid.

Yahoo News and Politico ran articles with an entirely different take. They concluded that Ms. Clinton was the biggest winner. That assessment was not just over the top. It was stupid.

The Politico article argues that lacking anything in her two decades on the national scene to boast about, the Republican takeover of Congress has given Ms. Clinton a defined enemy. What is it with the Clintons that it’s always about their enemies?

After some thought, I have concluded that Sen. Paul is closer to the truth. While it is true that almost every candidate Hillary campaigned for lost, she was not the reason for the loss. The president’s policies and leadership were so poorly regarded that Democrat candidates refused to mention him or even admit that they had voted for him for president. They were swimming against the tide.

Ms. Clinton had a bad night because the raison d’etre of her entire campaign imploded.

She was to be the commanding general in the War on Women, which has embarrassingly been reduced to free contraceptives. She campaigned for Senator Mark Udall (D-Colo.) whose campaign was so shallow that he was being called Mark Uterus.

As she was standing with Udall her ground troops from NARAL were running a commercial blaming Udall’s opponent, Rep. Cory Gardner (R-Colo.), for ending the availability of birth control while Gardner was campaigning on making birth control available over the counter. The women of Colorado saw that and were, frankly, tired of being insulted. Gardner won with significant support from female voters.

Ms. Clinton campaigned for State Senator Wendy Davis who was running for governor in Texas. Davis became famous with an 11-hour filibuster against a bill that would have put some restrictions on late term abortion in Texas. She had a great story of a single mom working her way through Harvard Law School. It was a story made for sympathetic television interviews, but it was entirely bogus.

It turned out that she had found a generous second husband who cashed in his 401 K and took out a loan to pay for her schooling and cared for her kids while she was at Harvard. That marriage ended in divorce too…the day after the final payment was made on the college loan.

Wendy Davis captured the excitement of the liberal media and huge sums of money from across the nation. She failed in capturing votes. She lost by more than 20 points to Attorney General Greg Abbott.

It seems as though many women in Texas viewed themselves as Texans rather than victims. They excused themselves from the War on Women and voted to continue the success of the Texas economy.

For all of the talk about caring for those “in the shadows”, they do not see shadows. They see votes. They have convinced themselves that providing amnesty to millions will cement a Democrat majority for generations.

Governor-Elect Greg Abbott did not pander to the Hispanic vote. He campaigned on his belief that states have borders for a reason. He spent time at the Texas border during the influx of tens of thousands of unaccompanied children last spring. He supported putting Texas National Guard troops on the border and has promised that border security will be a top priority as governor.

There are millions of immigrants in our country that have come here legally and have been waiting in line for years to become citizens. They want to be Americans. They too believe that borders must mean something. Many of them were insulted by the pandering from the Democrats. Nearly half of all Hispanics, and more than half of the men, voted for Abbott.

Campaigning for Martha Coakley for Governor of Massachusetts, Ms. Clinton instructed us that businesses and corporations do not create jobs. After all of the time she has spent bragging about jobs created in the Clinton and Obama administrations, just who does she think created those jobs?

At the risk of sounding remedial, I spent part of my life as a dentist and can tell you with some authority that those jobs were not created by the tooth fairy. They were created by small businesses and the majority of new small businesses are started today by women. Clinton got a twofer with that insipid comment. All small business owners, including women, were insulted.

When a national political party looks at America and sees, not Americans, but discrete groups of victims, that party has a lot of pandering to do to a lot of victims.

Therein lies Ms. Clinton’s failure election night. The victims are catching on. And they are beginning to feel insulted. They would like government to get out of the way and they can take care of themselves, thank you very much. That doesn’t bode well for the political future of the one who sees herself as their savior.