Time To End The Finger Pointing At The VA 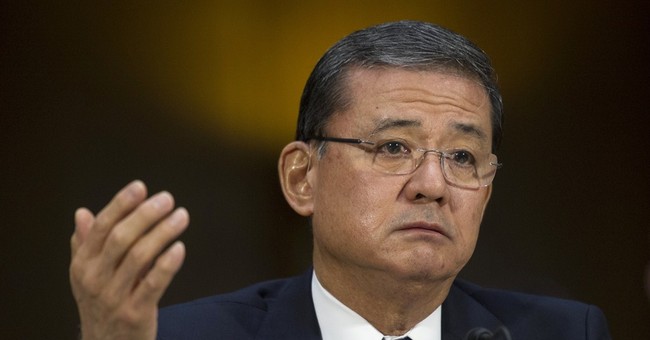 The finger pointing over the VA scandal is wasting valuable time. The problem rests neither with President Obama nor Secretary Shinseki. Veterans have been on waiting lists through Democrat and Republican administrations. The problem is systemic and cannot be “fixed.”

I have a personal experience with government health care. Upon graduation from dental school in 1967, I was immediately assigned to active duty at Lackland Air Force Base in San Antonio. My plan was to use the Air Force experience to learn how to be a dentist. If a patient had several teeth needing treatment in one quadrant of the mouth I lengthened the appointment time to treat them all in one setting rather than needing several appointments.

I was called to a meeting with the commander and a few other career officers. They politely informed me that dentists are expected to treat one tooth per 45-minute appointment. To do more was making my colleagues look bad by comparison.

Every agency of the federal government measures its employees by benchmarks. That was ours.

The VA system has benchmarks too. Your superior rates you annually based on your hitting your marks. Your superior is the one you seek to satisfy in order to earn appreciation, promotions and increases in pay.

The private doctor is rated too. He is rated by his patients. Patients are cared for in such a way that they will not only return, but also recommend their friends. Everything that is done; the tests ordered, the appointment times and additional staff hired are all driven by patients’ needs.

A friend of mine, a World War II vet, spent a lot of time as a volunteer at the VA hospital in Atlanta. He told me of a very ill patient in the hospital who had lost control of his bowel and was lying in his own waste. The patient’s wife begged the nurse for two hours to change his bed linens. The situation was finally handled after the shift change. A private facility would go out of business with that kind of patient care.

Afghanistan and Iraq, plus the aging of the Vietnam vets, has added two million veterans to the VA health care system. Additionally, the eligibility for access to VA health care has been expanded. The number of providers has not kept up with the increased demand forcing the VA to decide: Do we ask more of our doctors or extend waiting times? Guess which idea prevailed.

A major benchmark for the hospital administrator is the VA rule which says that a patient must be seen within two weeks of them asking for an appointment. The administrator is rated on how well they succeed with that rule.

Sharon Helman, the Phoenix hospital administrator where 40 veterans died waiting for an appointment, fooled her bosses sufficiently to get a bonus in 2013 and again just last month.

Government employees attend conventions. We all remember the GSA convention in Las Vegas and the judges going to Hawaii. Much gets discussed at the bar in the evening. People share experiences and ideas. I can just imagine the enthusiasm when the “secret waiting list” scheme was first shared with friends as a way to fool the bosses. I would be surprised if it were not being copied in every VA facility in America.

While there is much angst about solving the problem of the wait times, perhaps it is time to start over. We all choose our doctor – or our retailer for that matter – based on how satisfied we are with their service. Let us give that same choice to our veterans. Some will choose the VA, but some will go to the doctor close to home.

Not every veteran will be totally satisfied with the choice they make, but that mistake can be corrected without our help. We will not have to mobilize the entire federal government to deal with the scandalous treatment of our veterans by the very agency that was created to serve them.