Latest College Scandal Is Another Canary in the Coal Mine

John Kass
|
Posted: Aug 01, 2019 12:01 AM
Share   Tweet
The opinions expressed by columnists are their own and do not necessarily represent the views of Townhall.com. 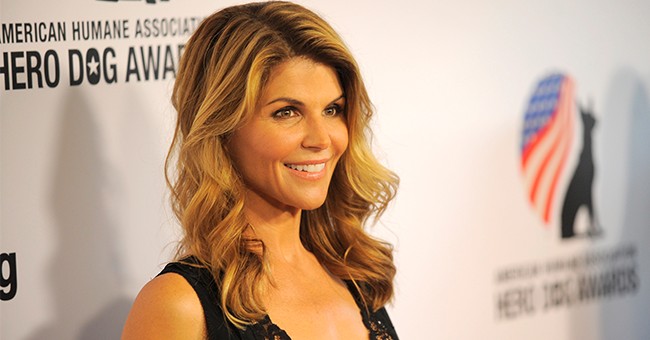 Pssst, don't tell the president, but Baltimore isn't really the rat capital of America. That honor belongs to Chicago.

Chicago Democrats would love it if he turned his brutal Twitter thumbs upon them. Then, the always entertaining and infamous race hustler Al Sharpton might ride to the rescue and distract us from all the shootings.

And Americans might even ignore a truly bizarre creature neither fully fowl nor fully mammal, hiding right here in plain sight:

It is a creature that is half weasel, doing what weasels do, lapping up the blood of others. But it is also half canary in the coal mine, fluttering anxiously while a myth dies among the middle class, a myth necessary for the perpetuation of the republic, the myth of American meritocracy.

And that is perhaps the most dangerous thing of all.

People worry about their financial futures. They love their kids. And they'll kneel and lie and weasel to protect those kids and themselves.

News stories from The Wall Street Journal and ProPublica Illinois get to the root of it: corruption in the college loan business.

The Journal's story is headlined "College Financial-Aid Loophole: Wealthy Parents Transfer Guardianship of Their Teens to Get Aid."

The stories tell us that the U.S. Department of Education is investigating dozens of parents who are sneakily, unethically taking advantage of a loophole and transferring legal guardianship of their college-age kids to others, mostly friends or relatives, so the kids can scarf up financial aid.

And who pays? Eventually it is the person who looks at you from the mirror in the morning.

The scheme, said the Journal, quoting federal officials with knowledge of it, has "led to awards of scholarships and access to federal financial aid designed for the poor."

Yet the poor aren't the only ones hurt by such schemes.

What about the middle class? Remember them? They're the people politicians suck up to at election time, without ever properly defining what "middle class" means anymore. The middle class who don't cheat can't easily get access to federal help for college; they make too much. But when they write that check, so their children aren't crushed by debt at the start of their adult lives, they cut into their retirement savings or are forced to take another mortgage out on the home.

For now, the investigation centers in the Chicago suburbs, and it has a definite Chicago Way feel to it, in which people in the know, with access to lawyers, play a game against the public -- not just the poor but against the middle class that gets squeezed from both ends.

But I've got a hunch this isn't just a Chicago Way thing. Knowledge of secret loopholes in the law has a way of migrating across country, in whispers and winks and nods.

This scam comes on the heels of the so-called Varsity Blues scandal, which traveled on that same 1 percent highway.

Varsity Blues is a scandal in which the wealthy -- including politically liberal Hollywood social justice warriors -- allegedly paid bribes to cheat on their children's entrance exams, or have them pose as athletes, thus leveraging their kids into top universities at the expense of others who believed in merit. The whole thing is perverse. They're even making movie about it for Lifetime, according to breathless reports in celebrity news accounts.

Taken together, these represent the canaries in the coal mine.

The Journal tells a story of a Chicago-area family whose household income is greater than $250,000. They live in a home valued at more than $1.2 million.

The mother transferred guardianship of her then-17-year-old daughter to her business partner last year.

She and her husband have already spent $600,000 sending their other children through college, the article said. There wasn't enough cash to send their youngest, so they reached into the loophole with the help of, no surprise here, a lawyer and an education consultant.

The daughter claimed only $4,200 in income that she earned from a summer job. The daughter was accepted into a private university, and received a $27,000 merit scholarship, and on top of that, $20,000 in need based financial aid, including a Pell grant that she'll never have to pay back.

Nice deal, if you can get it. And those who don't get such a deal can still dwell on it, and look in the mirror and see a sucker, as they anguish over helping their children at the expense of their retirements.

Once again, the elite get the breaks, and use the poor as shields to protect their leverage. And the middle class? They're laughed at.

Meritocracy is a myth that the republic cannot live long without. History tells us that when the middle class not only stops believing in a nation's myths, but also has its face rubbed in the mess while being mocked by the elite, bad things can happen.

In France more than 200 years ago, it started this way: With a hand reaching for a rock.