Put Coward Florida Cop in Prison, and Who's Next?

John Kass
|
Posted: Jun 07, 2019 12:00 AM
Share   Tweet
The opinions expressed by columnists are their own and do not necessarily represent the views of Townhall.com. 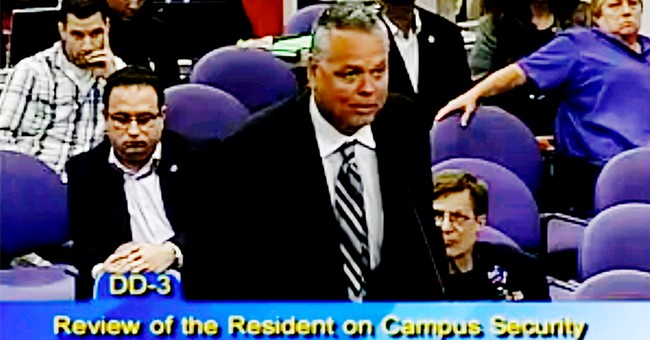 It shouldn't be surprising that Scot Peterson -- the coward cop of Broward County, Fla. -- has been charged with crimes that could send him to prison for 100 years.

The charges? They involve negligence.

Peterson stood outside Marjory Stoneman Douglas High School and hid from gunfire for almost an hour as a madman killed 17 students and teachers and shot more than a dozen others.

Peterson could have tried to stop it. He was armed. But he hid.

He deserves our contempt. And the survivors, including grieving parents, need our support. But prison?

The road to hell is indeed paved with good intentions, but bad intentions allow us to drive even faster. Using criminal negligence as a weapon against public servants does satisfy the political desire for revenge. But it is a dangerous road.

The indifferent teacher? The judge who let killers go free to kill again? Or the school administrator who allowed generations of poor students to graduate without being able to compete in the modern world?

What about the prosecutor who gives a big hug to a Hollywood star for faking a hate crime, yet cracks down on others without political influence who file false police reports?

Or the political class, where even social justice warriors like Bernie Sanders become millionaires?

They drown us in debt and raise our taxes. They pander to the worst impulses of the mob for power and then have the gall to shame those who pay, accusing us of being too selfish and privileged to worry about the future of the country.

Isn't that hubris worth a few years in the pokey? Yes, except for one thing: Who decides? Our culture is now all about shaming. And throwing the shamed into prison for their sins is a natural outgrowth of our shame culture.

We've just seen a Democratic lawmaker willing to pay for information to expose the identities of little girls at a pro-life rally in Pennsylvania in order to publicly shame them.

And the other day, a major news organization outed a Bronx man, an African American, who dared mock House Speaker Nancy Pelosi on a doctored video. Was his crime having allegedly doctored a video? Or was it that as a black conservative, he violates the leftist orthodoxy that won't allow diversity of opinion among minorities?

Americans were once encouraged to speak freely to and at our political bosses. But now, mocking the wrong politician is a sin, at least to some in journalism who keep telling us that democracy dies in darkness.

Sinners are liable to be punished by having their identities revealed and their lives open to the outrage of the mob, which is all about humiliating the enemy in this new culture of ours that demands a walk of atonement.

America has weaponized federal law enforcement for political purposes, and the extent of which will be determined soon by Michael Horowitz, the inspector general of the Department of Justice, and Attorney General William Barr.

What we're seeing with former Deputy Peterson is the political weaponization of law enforcement trickling down to the local level. There doesn't seem to be much political disagreement about Peterson. He's not a hard lefty of the new school. He's a 56-year-old cop of the old school.

Old-school cops weren't considered cowards. But this one is. And he deserves our contempt and all the civil suits coming his way.

Peterson hid behind that pillar at Marjory Stoneman Douglas High School. He hid there for 48 minutes.

"There can be no excuse for his complete inaction and no question that his inaction cost lives," said Florida Department of Law Enforcement Commissioner Rick Swearingen after a 14-month investigation. "The FDLE investigation shows former Deputy Peterson did absolutely nothing to mitigate the (Marjory Stoneman Douglas) shooting that killed 17 children, teachers and staff and injured 17 others."

According to prosecutor Mike Staz, Peterson was arrested on 11 charges, including child neglect, culpable negligence and perjury.

Peterson's lawyer, Joseph DiRuzzo, insists his client cannot be prosecuted on child neglect charges because the police were not caregivers.

"The State's actions appear to be nothing more than a thinly veiled attempt at politically motivated retribution against Mr. Peterson," DiRuzzo was quoted as saying in a statement.

Where have we heard this before?

If we put negligent lawmakers in jail, at least half of the Congress of the United States and many state legislators, including all of those in Illinois, New York and New Jersey, would be drinking prison pruno.

But politics rules. Peterson will likely be convicted. And higher courts will likely toss it all as garbage.

There is a better way. Since we're all about shaming, let's do it right. With statues. How better to immortalize an offender than gleaming marble?

The ancient Greeks had a word for it. They called the statues "Zanes." These were placed at Olympia, where athletes competing in the Olympic Games would see the Zanes immortalizing cheaters.

One of the first Zanes "honored" the boxer Eupolus of Thessaly, found to have bribed his six opponents to take dives to let him win. Eupolus and the six others were the first Zanes, with their names inscribed for all to see.

There were many more.

The Zane for Deputy Peterson would depict him crouching behind the pillar. Forever.

And we have plenty of space in Washington, D.C., for Zanes for the rest.

John Kass is a columnist for the Chicago Tribune. His Twitter handle is @john_kass.