Democrats, Kavanaugh and the Illness Deep Within the Bones of the Republic

John Kass  |  Sep 27, 2018
The opinions expressed by columnists are their own and do not necessarily represent the views of Townhall.com.
Top Columns
Trending on Townhall Media 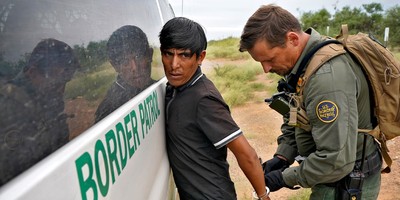 It is tempting to watch the political spectacle of Democrats destroying Supreme Court nominee Brett Kavanaugh as if it were only some shameful partisan circus.

Something brutally Roman with a howling mob, blood on the sand; or something medieval, like trial by ordeal, with a mace and an axe and the might of brutes as the elements of God's will.

Or, better yet, a drama as Spanish as the Inquisition itself.

Because what we're seeing in the Kavanaugh circus isn't American, where until very recently -- like a few months ago -- the accused was given the presumption of innocence.

All that has changed. Now the accused is forced to prove his innocence before accusers who must be believed, accusers who aren't expected to bring witnesses, accusers who must not under any circumstance be subject to rigorous cross-examination, before judges who have already made up their minds.

What we're witnessing is the symptom of an illness now deep within the very bones of our republic.

It threatens Republicans now, and Democrats tomorrow. It will threaten even those who don't give two figs for politics and see all such talk as lies told by knaves to fools.

That's what Kavanaugh is dealing with, having to testify and defend himself against uncorroborated allegations of sexual predation 36 years ago, when he was in high school and in his freshman year of college.

The short-term politics of all this is quite clear, a movement led by cynics and assisted by their handmaidens in the Democratic Media Complex.

It is designed to convince suburban women voters that Republicans are hateful creatures, help Democrats pick up congressional seats in the November midterm elections and do away with President Donald Trump.

But look deeper and you'll see something else.

The sweeping away of traditions that have been carefully nurtured from the founding of this nation, to protect individual liberty and shield us from the passions of the mob.

Without these principles, we are no longer a republic.

To prove the point, Hawaii Democratic Sen. Mazie Hirono insisted the other day that Kavanaugh's accusers not only "need to be heard, they need to be believed."

But asked by CNN's Jake Tapper if Kavanaugh should have the same presumption of innocence as other Americans, here is what Sen. Hirono, a lawyer, said: "I put his denial in the context of everything that I know about him in terms of how he approaches his cases."

In other words, Kavanaugh's legal decisions on unrelated matters make him guilty of sexual predation, and therefore, he is disqualified.

That is the reasoning of magistrates in the trials of Salem, that is the logic of Torquemada's Spain, not the principles of the United States of America.

A few days ago, there was that story in The New Yorker, that while a freshman at Yale, Kavanaugh exposed himself at a party to a female student, Deborah Ramirez, who couldn't remember seeing him do it.

The story offered no corroborating eyewitnesses, only hearsay. And still it was published, providing cover for political operatives to peel Kavanaugh's skin.

Even the New York Times, the great gray liberal battleship in America's cultural/political wars, wouldn't touch it. The newspaper explained:

"The New York Times had interviewed several dozen people over the past week to corroborate Ms. Ramirez's story, and could find no one with firsthand knowledge. Ms. Ramirez herself contacted former Yale classmates asking if they recalled the episode and told some of them that she could not be certain Mr. Kavanaugh was the one who exposed himself."

No firsthand knowledge? And even the alleged victim was unsure it was Kavanaugh? Then why run it?

But it was published in The New Yorker. And it was defended by the same journalistic class that wonders, publicly, why Americans hold journalism in such low esteem.

This is what happens when tradition and principle is swept away and are subjugated to politics.

As if to mitigate its sin for avoiding the Yale story, The New York Times offers an account of Kavanaugh's high school yearbook, and the lusty commentary from high school boys who drink beer.

Those of us who were once high school boys may dimly recall that lust was on our minds, oh, every 30 seconds or so, in those rare moments when physics or baseball didn't intrude upon the urgent requirements of biology.

Witnesses might help us understand, but as I write this, they don't exist.

And as Sen. Hirono and her Democratic colleagues insist, witnesses are irrelevant.

And this is damning.

Somewhere in America, there must be Democrats who read John F. Kennedy's "Profiles in Courage" when they were children, Democrats who must be sickened by what is happening and would speak out.

But they must be afraid, lest they, too, are denounced and devoured.

Theirs is a silence breaking the bones of America.

We reap what we sow.