John Kass
|
Posted: Jul 27, 2016 12:16 PM
Share   Tweet
The opinions expressed by columnists are their own and do not necessarily represent the views of Townhall.com. 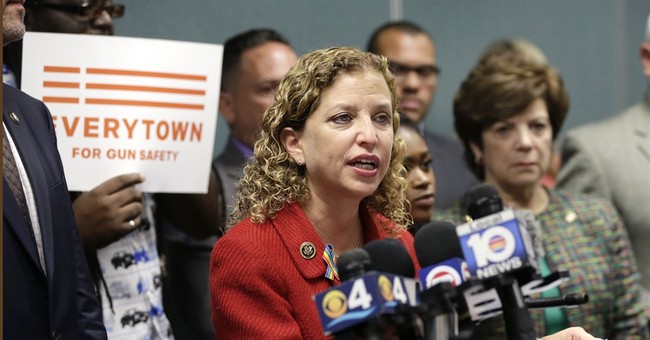 It's a powerful TV commercial, masterfully done, evoking child abuse while asking: "Our children are watching. What example will we set for them?" It is an ad designed to terrify parents and have them run into the warm, loving and omniscient embrace of Democrat Hillary Clinton.

Because with Hillary, it's all about the kids.

Unless, of course, the kids are those thousands of idealistic young people -- many of them college age or just older -- who dared support the truly progressive Bernie Sanders for president against Clinton, the establishment candidate.

They felt the Bern and gave everything they had -- their time, their energy, their spirit -- to battle what they thought was wrong with America, the oligarchy, the political corruption, the control of the political process by the insiders with the money to buy politicians.

Those Sanders kids are angry. They aren't quite ready to behave. Hillary knows this. And even Sanders, a tired old man prattling on about Wall Street, knows it as he bows to his Establishment Queen who sits on all that Wall Street cash.

So now it's time for Hillary's Thought Police -- of Democratic Party operatives, political show ponies, and pro-Hillary pundits and talking heads -- to begin the hard work of grinding those kids down.

The Democratic National Convention has become Operation Trust Hillary. And those young Sanders volunteers who show a stubborn streak?

And those thousands of WikiLeaked emails from the Democratic National Committee prove that the DNC had its thumb on the scale for Hillary from the beginning. That's how the establishment plays things, on the Republican side that has broken and on the Democratic side that is breaking.

So the idea is to turn those kids into useful political beings by using their own slogans and reference points against them. First, though, they must be softened up by shaming. And the pro-Hillary media (and most of the media is decidedly pro-Hillary) has been relentless at shaming them to keep them in line since that DNC leaks story broke.

Shaming has been going on relentlessly on social media since these kids first touched a keyboard. They know how it works, they understand its conventions, if not its real purpose, which is to herd stubborn political ideas.

They've been described by some pundits as spoiled children, as whiny babies too witless to understand simple arithmetic, even though the party arithmetic was rigged from the onset. The DNC supplied superdelegates for Hillary, all but guaranteeing her victory, something first explained months ago by columnist Paul Jacob.

And now many in my business who consider themselves progressives -- even as they cleave to the Establishment Queen -- are telling those Sanders kids two things:

Shut up and behave.

The goal is to take these scraggly revolutionaries, break them down and deliver zealots in November.

And so now what you'll see over the next few days from Philadelphia is the Democratic National Convention transformed into Operation Trust Hillary.

Those leaked emails tell a story of supreme cynicism: The email asking that Sanders' religious status be attacked in Southern states; the emails outlining collusion between top officials and the Hillary camp. There are more to come.

The most fantastic part of this moving story is that Hillary decided to blame it all on a singular villain: Russian strong man Vladimir Putin. Team Hillary said Putin was doing it to help Trump.

(Full disclosure: Putin rode over and insisted on writing my column, but my editor just said no.)

Hackers targeted the DNC emails. And if hackers got Hillary's vanished emails from her time as secretary of state, let's hope they have the decency to release them before the presidential election.

I must admit, there may be a Putin connection with the DNC leaks.

But here's the thing:

Putin didn't write the emails from the Democratic National Committee. Putin didn't make fun of a black woman's name; Putin didn't scold American journalists and expect them to jump and help shape the news or offer government jobs to donors.

The DNC officials did all that.

But the Putin gambit was offered anyway, to cause Americans a moment of doubt. That's all the Clintons needed. A pause.

There are many kinds of abuse. There is the direct and angry kind you read about in the news: An angry man shouts, the kids are terrified; the kind of abuse you might use in a TV commercial. That kind of abuse ripples outward when made public, touching many voters and binding them to a candidate.

But there's another kind of abuse, that Nurse Ratched kind, the kind that comes with a tight smile. It's an Orwellian business, more hurtful than a slap in the mouth.

It hurts to see what's happening to the Bernie volunteers. But a few might learn something that a conservative learned many years ago when he was a kid:

The establishment always has many servants. But you don't have to kiss the hand.