The Stupid Virus and the Smart Economist 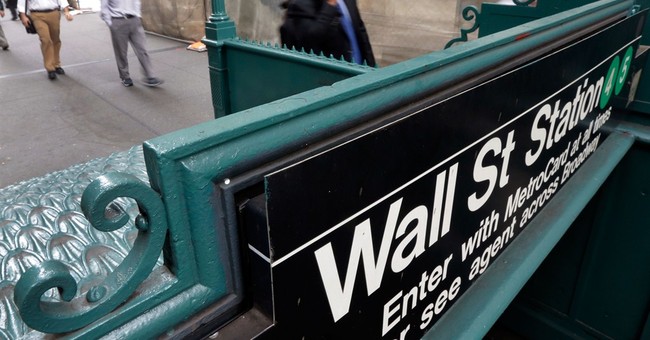 Trending
Americans for generations have wondered why our politicians treat us as if we're stupid.

Previously, in searching for evidence of rampant stupidity, all you had to do was consider that millions of Americans wear Crocs (stupid plastic footwear).

Or the fact that most Americans stubbornly refuse to accept the eternal political truths in the movie "Idiocracy," in which stupid people overpopulate the planet.

And what of men who wear shorts to the office in July and then wonder what the heck happened to their careers? Or women who inject their buttocks with caulk and other toxic substances for that big booty look?

Is injecting one's buttocks with caulk a sign of a people who can govern themselves?

Among voters who actually pay attention to current events, many nod like meat puppets when told by politicians not to worry about that "temporary tax increase."

Recently, however, learned scientists from Johns Hopkins University have come up with a reason we may be stupid indeed:

"You mean like that tick you wrote about that when it bites you and you eat meat, you throw up?" asked a colleague.

The Lone Star Tick is indeed real and can infect people with an allergy to red meat. But the Stupid Virus isn't carried by ticks. And it's real all right.

Since I've watched several episodes of the survival reality show "Naked and Afraid," I'm afraid that I've been infected too.

Found in the back of your average human throat, the Stupid Virus was tested on laboratory mice. Once infected, the mice were about 15 percent more stupid than usual, scientists say.

Johns Hopkins professor Dr. Robert Yolken, discoverer of the Stupid Virus, tried to answer my questions in an email. Unfortunately, he was rushing off to Copenhagen to present his paper to other learned scientists to prove that we're infected.

"We have been interested for some time in the possible role of infections in altering cognitive functioning in otherwise healthy humans," wrote Dr. Yolken, who then had to go and ruin his remarks by infusing them with scientific mumbo-jumbo.

"... In previous studies we have found that human exposure to common agents such as Herpes Simplex Virus Type 1, Cytomegalovirus, and the protozoan Toxoplasma gondii (also known as the cat parasite) are associated with small but measurable decreases in some cognitive domains."

The esteemed Dr. Yolken failed to answer one key question:

Is there a cure for the Stupid Virus, otherwise known as Acanthocystis turfacea Chlorella virus 1?

So for a clue as to whether a cure for the Stupid Virus may even be desired by our political elites, we turn instead to an esteemed Washington economist.

His name is Jonathan Gruber, economist and one of President Barack Obama's economic architects of Obamacare.

Gruber noted that American voter stupidity was the key factor in making Obamacare the law of the land, since most Americans didn't like Obamacare and thought it was really a tax increase.

So Gruber said the Obamacare law was consciously written in confusing fashion to confuse us as to whether it really was a tax on those with health care. Even the Supreme Court said it wasn't a tax increase.

And it turns out, boy was the Supreme Court stupid.

"If you had a law that said, and made explicit, that healthy people would pay in and sick people get money, it would not have passed, OK?" Gruber noted.

"... And basically, you know, call it the stupidity of the American voter or whatever, but basically that was really, really critical to getting the thing to pass."

Then he sat back, satisfied, a thin smile playing upon his ironic lips.

Others agreed we all may be affected by the Stupid Virus. Slavko Pervan, a reader on Facebook, told me he was stupid too. I'd politely asked readers not to make it partisan, and that was, naturally, quite stupid of me.

"Picking the Bears to go 8-8 was really stupid of me," wrote Slavko.

And Dirk Richmond noted that the stupid are "People who hog the left lane and people who are clueless in the grocery store -- blocking the aisle with their carts, oblivious to everyone else."

"People who mix up 'their,' 'they're' and 'there,' and who say 'legislation past,'" ranted Sue Buikema Ptak.

"And don't forget the ELECTROLYTES," wrote Terrence J. Quandt, in a stellar reference to "Idiocracy."

In days to come you will see Americans stupidly trample each other for Christmas toys. Others will stupidly camp out on Thanksgiving evening in the hunt for bargains.

"There must be an epidemic," says former police officer Peter Bella. "I see infected people on public transportation every day. I would wear a mask, but I do not want to be mistaken for a thief or politician."

Or a brilliant Obamacare economist like Gruber, who is pleased that we Americans are stupid, and was so smart that he actually said so.