In the Cheese Wars, Call Me a Traitor 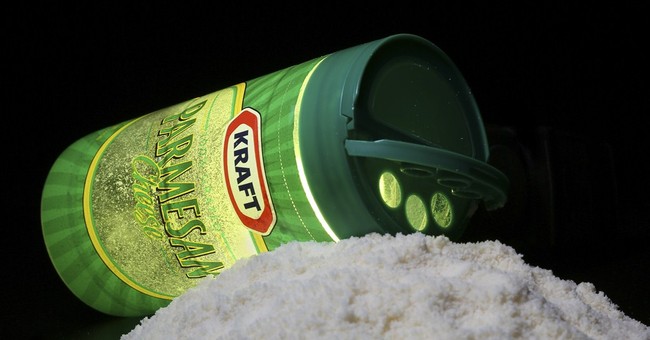 With so much uncertainty in the world, it's upsetting to see American politicians, backed by cheesy special interests, trying to start a war with Europe.

And in the jingoistic climate of today's aggressive and expansionist cheese policy, I'm a cheese lover without a country. And some will call me a traitor.

When it comes to cheese, there are standards in this world -- of fairness, and of excellence. Such standards shall not be undermined, not for clan or for country.

So, America, you may exile me in the name of Camembert. You may revile me for manchego. But damn it, leave my feta alone.

What started it all was the reasonable European Union request that American cheese-makers stop filching European names for their various cheeses.

That set off an American cheese chorus that was angry, perhaps even xenophobic.

"Muenster is Muenster, no matter how you slice it," declared U.S. Sen. Charles Schumer, the New York Democrat.

I thought that once the neocons were discredited and out of power, America would stop bending other cultures to its will. But now I see Schumer is playing the same game as the Bushes of old.

Consider Parmesan. Most Americans think it comes pre-grated in a plastic container. That is not Parmesan. That is an abomination.

The EU wonders: How can Americans dare call it Parmesan when it doesn't even come from Parma, Italy?

Don't bring that fake pre-grated collection of salts and fats they call Parmesan-in-a-can to my house, not when my cousin Mariella, from Reggio di Calabria, has made her famous ravioli.

Something terrible might happen. You might be tempted to shake your domestic cheesy trash upon her ravioli.

And then Mariella just might lop your hand off.

Yes, it's a horrible thought. But the truth is, none of us would stop her. Why? Because fake Parmesan is an insult. Sure, your hand on the kitchen floor, the fingers twitching, might ruin our meal. But the meal would already be ruined, because of your Parmesan-in-a-can.

After the incident of the hand, we would share your grief, give you hugs of sympathy and even package your lopped hand in a shopping bag, as hospitality requires.

European cheese lovers are not savages, no matter what the Schumer-backed cheese-o-cons say.

The American approach to Greek feta is another insult.

That crumbly garbage in a plastic tub that some Americans put on their salads isn't feta. It's not even from sheep's milk.

And what about Greek yogurt? Yet another insult.

One of the popular brands of Greek yogurt is made by Turks. Now, I've been to Turkey. I loved the country, and I have friends who are Turkish.

But calling it Greek yogurt -- when it's not Greek -- is more than diplomatically unsound.

It is an assault on a NATO ally that fought against all odds, slowing the Nazi advance into Russia so the good guys could win the war.

It's Greek feta. It's Italian Parmesan.

If American cheese dealers want to use those names, I have a compromise. Put ISH next to the feta, in large capital letters, like this:

The same with that stuff in a plastic can -- Parmesan-ISH.

I'm not saying Americans don't make scrumptious cheese. There are many excellent cheeses from Wisconsin, for example, and New York.

Maytag Blue cheese from Iowa is a symphony on your tongue. It's an American symphony, and it goes great with wine, and sweet grapes after dinner, or on toast for breakfast.

But angry American cheese merchants brook no dissent, and that anger boiled over Thursday on my WLS-AM morning show.

Jaime Castaneda, senior vice president of trade policy with the U.S. Dairy Export Council, was our guest. I declared my cheese allegiance.

"Based on your premise, I think that perhaps you should go and give your name back to the English," Castaneda said. "You shouldn't be using 'John.'"

Really, I thought? I can't use my name because you're angry about the politics of cheese? Naturally, I took it to DEFCON 4.

"Why not go up into the mountain to our village and tell it to my cousins?" I said. "Then see if you can make it back down the mountain."

See how things escalate? It's a good thing we didn't have nukes.

"It is impossible to rename our cheeses," he said.

No, it's not impossible. Wisconsin cheeses with European names should be renamed after great Green Bay Packers of old.

And the finest of Wisconsin cheeses could be called "Vince."

One cheese America doesn't have to rename is Velveeta, the American standard, a block of yellow fats called "cheese food." It is so long-lasting that it just might end up in your granddaughter's asparagus casserole in 2032.

And Cheez Whiz, another American favorite, is a spread from a jar or squirted out of a can. You can't make a real Philly cheesesteak sanguich without Cheez Whiz. And if you don't like Philly steaks, you can't call yourself an American.

But that's the American way. And the Europeans have their own way.

We've spent many years meddling in other nations' affairs. It's high time for the Europeans to become the cheese police of the world.