Do Conservatives And Liberals Have Enough in Common to Keep A Country Together Anymore?

John Hawkins
|
Posted: Nov 18, 2017 12:01 AM
Share   Tweet
The opinions expressed by columnists are their own and do not necessarily represent the views of Townhall.com. 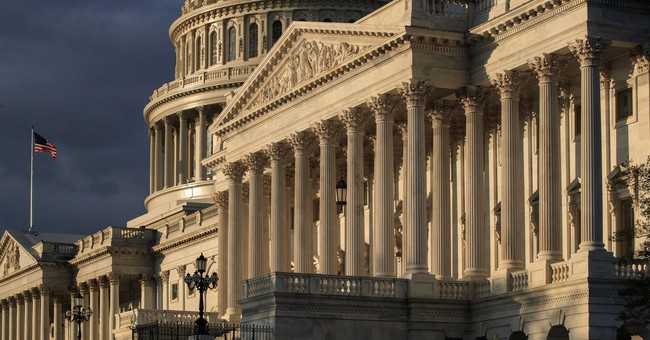 “When in the Course of human events, it becomes necessary for one people to dissolve the political bands which have connected them with another, and to assume among the powers of the earth, the separate and equal station to which the Laws of Nature and of Nature's God entitle them, a decent respect to the opinions of mankind requires that they should declare the causes which impel them to the separation.” – The Declaration of Independence

Remember the woman who was fired for flipping off Trump’s motorcade? Well, she has been deluged with job offers from liberals and a Gofundme set up in her name has raised 117k dollars and counting. This seems like a small thing, but it’s indicative of where we are as a society.

There was a time when doing something trashy like flipping off a presidential motorcade would be frowned upon -- not because everyone loves the President, but because no one with class would do anything like that. Those days are gone and they’ve been replaced by non-stop trolling, outright hatred of people with differing opinions and grotesque tribalism. Gridlock has become the rule of the day in Congress for a number of reasons, but one of the biggest is that the Right and Left simply don’t agree on much anymore.

Just as an example, ask yourself this question:  how many of the fundamental questions about American life do you agree with Barack Obama or Nancy Pelosi on? Think about the basic questions of American life.

What about patriotism? Conservatives tend to love their country. Liberals love this country like a wife-beater loves his spouse.

That last one is perhaps the most significant because if liberals could live the way they want in California, New York and Connecticut while conservatives could live as they please in Texas, South Carolina and Utah, we could shrug off our differences. As the government in Washington becomes ever more powerful, that is no longer allowed.

Getting back to that central question, what do you agree with Nancy Pelosi or Barack Obama on? There are certainly some things. For example, Nancy Pelosi represents San Francisco and presumably likes the city. I’ve visited and certainly liked it as well. Barack Obama likes golf and basketball. Certainly there are plenty of conservatives who feel the same way. If we got right down to it, there are probably plenty of conservatives who like the same clothes, restaurants and TV shows that Obama and Pelosi do…but, is that enough to hold together a nation over the long haul?

America is going to be testing that proposition over the next few decades.

Recently, a Republican group in North Carolina asked me to come out and speak. After my speech, there was a Q&A session and someone there asked me, “Is it time for people who love their country to get their guns, head to D.C. and do something about what’s happening in our country?”

Just to be clear, he wasn’t advocating a terrorist attack or a random shooting; he was asking if it is time for patriots who love this country to attempt to overthrow the government to help bring our nation back to Constitutional governance.

What DIDN’T happen is worth noting. Nobody laughed. Nobody shouted, “Oh, come on!” Nobody said, “Oh, that’s just crazy, Dave. You’ll have to excuse him and his wild questions.” Instead, people sat quietly and listened for my response.

The short version of what I told him was “no.” It is not time to split the country apart and have a revolution. That’s a very extreme step and it should only be taken in the direst of circumstances

The longer version of what I told him is that he’s right to be concerned about the country and that, yes, it is entirely possible we won’t hold together long term. What happens when we – almost inevitably at this point – have a debt-driven economic crash which causes Social Security and Medicare to be gutted? Other than wanting to get those checks, what do we have holding us together anymore? Eating lunch at McDonald’s? Watching The Walking Dead? NFL games….oh wait, sorry. We don’t even have that anymore.

We have broken bonds as a nation before:  first, with the British, then during the Civil War. Regrettably, we may be headed toward another break down the road. That’s not something anyone should welcome, but when large percentages of the population are forced to live under grating rules they disagree with in the strongest of terms, paid for with increasingly large amounts of tax money they didn’t want to give up and implemented by people they don’t like, respect or feel bound to as a people, no wise person should assume that will continue indefinitely.