The 5 Biggest Things Liberals Get Wrong About Themselves

John Hawkins
|
Posted: May 20, 2017 12:01 AM
Share   Tweet
The opinions expressed by columnists are their own and do not necessarily represent the views of Townhall.com. 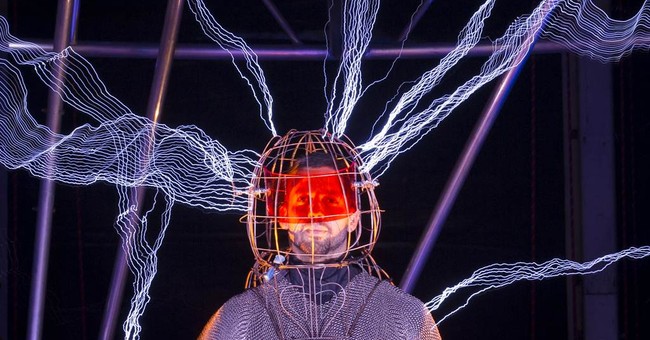 If self-delusion were magic, average liberals would be David Blaine, David Copperfield and Houdini all rolled up into one. Most of what they say has no relation to what they’re doing, the policies they push rarely work and logic might as well be a strange, alien language to them. Since that’s the case, explaining all the things liberals get wrong about themselves could easily be the topic of my second book (Here’s a link to my first one), but since we only have so much space to work with in a column, here are the top five.

1) Liberals Are Better Than Everyone Else: If there’s one thing that liberals are sure of beyond all others, it’s that they are better, smarter and more capable than everyone else by virtue of being liberals. As the great Thomas Sowell has noted:

“The presumed irrationality of the public is a pattern running through many, if not most or all, of the great crusades of (liberals) in the twentieth century–regardless of the subject matter of the crusade or the field in which it arises. Whether the issue has been ‘overpopulation,’ Keynesian economics, criminal justice, or natural resource exhaustion, a key assumption has been that the public is so irrational that the superior wisdom of (liberals) must be imposed, in order to avert disaster. The (liberals) do not simply ‘happen’ to have a disdain for the public. Such disdain is an integral part of their vision, for the central feature of that vision is preemption of the decisions of others.”

No matter who you are or what you do, there are always tens of millions of liberals who believe they have a better idea of what you should be thinking, feeling and spending your money on. Of course, that sense of smug superiority coupled with the disastrous results of liberal policies would almost be comical, except for the destruction in real people’s lives that is left in the wake of liberal policies.

2) Liberals Are Victims: Wrong. Liberals are bullies. In fact, they’re the worst kind of bullies -- bullies who believe that they’re the victims. Those are the worst kind of bullies because they believe they’ve already been wronged and therefore almost anything they do in “retaliation” is justified. Of course, “being wronged” may mean someone disagreed with them, voted for a candidate they don’t like or simply didn’t want to give up more of his income for a liberal program. Liberals are the epitome of the “Stop Bullying Song” from South Park -- aggrieved bullies looking for a victim they can claim wronged someone so they can try to destroy him in the name of “tolerance.”

Let’s shove its face in the dirt and make bullying kill itself.

3) Liberals Are Rebellious: If some nerd standing in the middle of a Star Trek convention shouted, “Star Wars is inferior to Star Trek” and then wanted everyone to pat him on the back and tell him how courageous he was for doing it, people would laugh. Yet liberals surround themselves almost entirely with other liberals, get liberalism served up to them at school, watch liberalism on TV at home, hear liberal messages from their favorite celebrities and musicians, get their news from MSNBC and the Daily Show and then want all the other libs doing the same thing to laud them for their courage because they say, “I don’t like Donald Trump” or “Good for Colin Kaepernick for protesting during the national anthem!” “Look at how I’m fighting the power” by saying the same thing as the New York Times, Washington Post and Lady Gaga! As Greg Gutfeld said, “Liberalism is the one-way ticket to backslapping approval among the cool kids, which makes it about as rebellious as a divorced dad getting an earring from the local mall’s Piercing Pagoda.”

4) Liberals Are Tolerant: The LEAST TOLERANT people in America outside of maybe the God Hates F*gs wackos are liberals. Don’t believe that? Try being a conservative who’s invited to speak on a college campus, a black man who likes Donald Trump or a gay American who opposes gay marriage and see how that goes for you when you interact with liberals. Think about the fact that there are college professors, actors and reporters who have to hide their ideologies because it would hurt their careers to have their liberal colleagues know they don’t agree with everything Michael Moore has to say. The most abusive people in America when it comes to women? They’re liberal men talking to conservative women. Incidentally, the second most abusive group are liberal feminists who claim to represent all women. Liberals are habitually nasty, dishonest and vindictive toward people for no other reason than because they’re incapable of tolerating even a politely offered dissenting viewpoint.

5) Liberals Are In Favor Of Progress: Liberals are so sure that they’re in favor of progress that they call themselves “progressives.” Meanwhile, they’ve been pushing variations on the same economic agenda for 80 years even after socialism became so discredited that even the “red Chinese” started moving toward capitalism. Their ideas on free speech at college campuses? They believe in shutting down the speech of people that disagree with them, with violence if necessary, just like Mussolini. By the way, did you know Mussolini was widely acknowledged as a lefty even by other liberals until WWII kicked off? Liberal Democrats finally reached the same place on race in the 1960’s as conservative Republicans were during the Civil War, then pretended they were the good guys all along. Once you get beyond that, what do you have? A reflexive hostility toward morals and Christianity that has been around for decades and a bunch of libs who aren’t sure what gender they are trying to come up with creative new things to be offended about.