The Biggest Idiots in Politics: The #Blacklivesmatter Protesters 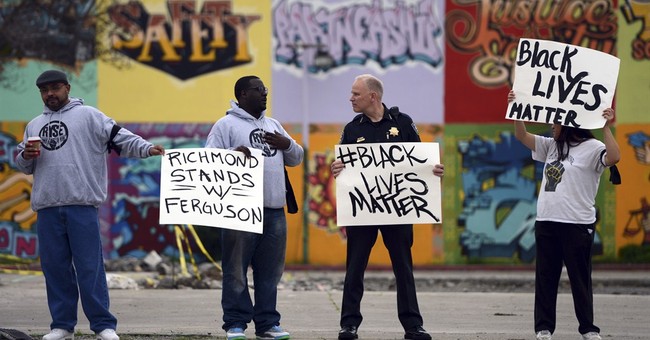 Nobody is working harder to ensure that black Americans die violently than the #Blacklivesmatter protesters.

Not the KKK. Not the Aryan Nation. Not the American Nazi Party.

In fact, if those groups were smart (and being a part of one of those groups is de facto proof that they’re not), then they’d be doing everything they can to fund the #blacklivesmatter crowd.

Well, first of all, despite the name, the group doesn’t care about most #blacklives.

On average, 1,876 black babies are aborted PER DAY in the United States. Many of those innocents are slaughtered via Planned Parenthood, an organization founded by a woman who wanted to use abortion to help control the population of black Americans because she believed they were inferior.

The #blacklivesmatter protesters don’t care about those black lives.

Those numbers dwarf the total number of Americans killed by police in more than a decade according to a report by the Centers for Disease Control and Prevention. Per the CDC from 1999 to 2011, “2,151 whites died by being shot by police compared to 1,130 blacks.”

So, if you’re really interested in saving black lives, the most important thing you could do would be to make abortion illegal. Failing that, if you could at least make it much less prevalent, you could save more black lives in a month than the police will kill in 10 years.

Beyond that, addressing out of wedlock births would dramatically reduce the number of murders in black communities. In fact, if the out-of-wedlock birth rate from black Americans dropped from 72% to the same 30% rate that white Americans have, the difference in murder rates between whites and blacks would largely disappear.

Assuming nothing is done about the out-of-wedlock birth rate, the only other thing that seems likely to significantly reduce the number of black men who are murdering each other would be a dramatically increased police presence in black neighborhoods.

In fact, if the #blacklivesmatter nutbags get their way, the number of black men dying WILL INCREASE.

That’s because when you boil it all down, the #blacklivesmatter creeps have a simple agenda: They hate cops.

Just look at some of the demands they have on their website.

We will seek justice for Brown’s family by petitioning for the immediate arrest of officer Darren Wilson and the dismissal of county prosecutor Robert McCullough. Groups that are part of the local Hands Up Don’t Shoot Coalition have already called for Wilson’s swift arrest, and some BLM riders also canvassed McCullough’s neighborhood as a way of raising the public’s awareness of the case.

It’s sad when any human being loses his life, but Mike Brown is not a sympathetic character. He robbed a convenience store, assaulted a police officer and tried to take his gun; then Brown was shot while he was charging that same cop.

If that’s not a justified shooting, then as a practical matter, you stack the deck against cops to such an extent that you won’t be able to get anyone to do the job.

This demand also sticks out….

We will call on the office of US attorney general Eric Holder to release the names of all officers involved in killing black people within the last five years, both while on patrol and in custody, so they can be brought to justice – if they haven’t already.

We have a justice system that already prosecutes police officers; so who exactly is going to bring them to justice? The #blacklivesmatter imbeciles? Also, officers already face the court system if they break our laws. So, what’s the crime supposed to be? If it’s “killing black people,” then again, you can’t field a police force if you make it illegal to kill black Americans who are trying to kill and injure the police.

Then there’s this demand….

And we will advocate for a decrease in law-enforcement spending at the local, state and federal levels and a reinvestment of that budgeted money into the black communities most devastated by poverty in order to create jobs, housing and schools. This money should be redirected to those federal departments charged with providing employment, housing and educational services.

What good is a job in, let’s say, a convenience store if there aren’t any police officers around to protect you from thugs like Mike Brown? What good is more housing when you’re afraid to walk outside because there aren’t any cops to protect you from the gangbangers and drug dealers on the corner? How much does more money for schools matter when you fear for your child’s life every day because his school is like the Wild, Wild West?

Look at what’s happened in Baltimore since the #blacklivesmatter morons showed up with their anti-cop lunacy.

Since the rioting and looting after the death April 19 of Freddie Gray, a 25-year-old black man who suffered severe spinal injuries while in police custody, crime rates have spiked. In May there were 42 homicides in Baltimore, the most in a month since 1990.

How about New York?

At a police community meeting in the South Bronx on June 4, residents begged the officers to arrest the crowds of teens who hang out on local street corners and fight with each other. Shootings in that precinct are up 167% through May 31—but that isn’t serious enough to qualify for the NYPD’s high-priority list because the trouble is even worse elsewhere in the city.

If the #blacklivesmatter dimwits wanted to call for more body cameras, more coordination between the police and the community and harsher penalties for cops who break the law, most people would probably be just fine with that.

However, if these ignoramuses want to scream at random people, try to take over political rallies, block traffic and live in a world where cops aren’t allowed to defend themselves from people trying to kill them, then let them create their own society without police and go live in it. Nobody will miss them. The rest of us appreciate the difficulty of the job the police are doing, like having them around and will support them to the hilt as long as they do their job and obey the law.

Here We Go Again: Yet Another Democratic Politician Makes a Fool of Themselves Over Banned Books
Rebecca Downs
'It's Just Incompetence': There Were Red Flags Everywhere With the Buffalo Shooter
Matt Vespa

'It's Just Incompetence': There Were Red Flags Everywhere With the Buffalo Shooter
Townhall
Yale Law School students angry that their 'private' posts about 'unrelenting daily confrontation' with conservatives classmates are being used
Twitchy
Buffalo Shooter Cased Store the Day Before and Had Astonishing Conversation With Witness
Redstate
The Morning Briefing: Ghoulish Left Quick With Ignorant Hot Takes About Buffalo Shooter
PJ Media