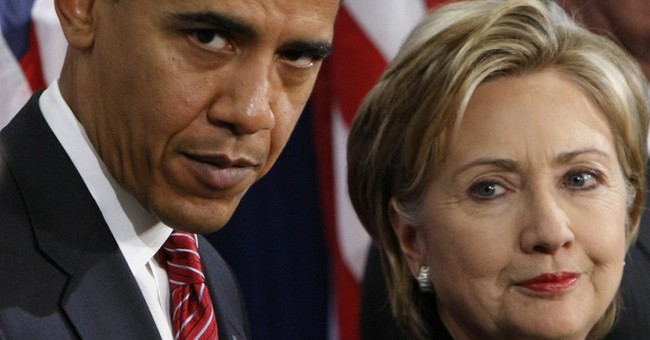 1) It’ll finally give Obama a chance to pursue his real passion, golf.

2) And it will also give Joe Biden a chance to pursue his lifelong passion: chasing squirrels.

3) Al Sharpton will have to start paying his taxes again.

4) We’ll finally have someone in office who doesn’t think it’s a good thing when more Americans end up out of jobs and on the dole.

5) Forcing public school kids to eat kale and tofu dogs will suddenly drop way down the priority scale for the President of the United States.

6) The day after a Republican takes office, Obama’s promise to release billions to Iran in return for its vague promise to “sort of” stop building nuclear weapons as long as we don’t verify it won’t be good enough anymore.

7) Issues like the deficit, stopping ISIS and securing the border will be treated as more important than whom Obama’s taking his next selfie with, how often he can sneak out for a smoke and when he goes on his next vacation.

8) Since Obama has set the precedent, a Republican President will be able to unilaterally change Obamacare at will. Maybe he could limit the law to members of Congress, their staffs and union members while leaving the rest of us alone.

9) Even if Ben Carson were to somehow win, the lame excuse for every failure of the President won’t be “racism.”

10) We’ll have a President in office who’s hostile to the Muslim Brotherhood, illegal aliens and Iran instead of Christians, gun owners and the troops.

11) Democrats will be able to start railing against high deficit spending again for the first time in 8 years.

12) For the first time in 8 years, Israel will have someone on its side in office instead of someone who wants to make it easier for terrorists to murder Israelis.

13) “It’s good for the country” would no longer take a backseat to “We think it might help us in the next election.”

14) After Obama’s out of office, we can’t impeach him, but we may at least be able to find out what really happened in Benghazi, the Fast and Furious Scandal, the IRS Scandal, Solyndra and the NSA’s snooping on phone calls.

15) For the first time in 8 years we’ll have a President who doesn’t claim that he learned about almost every major scandal in his administration from watching TV.

16) Maybe with a Republican in office, we can invent a time machine to take us back and fix all the damage the worst President in history caused over the previous 8 years.

17) We’ll finally have a President who considers ISIS, nukes in Iran and the deficit to be bigger threats than global warming, people who want to adhere to the Constitution, and Rush Limbaugh.

18) We’d have a President who cares what happens to soldiers who aren’t gay, atheists or deserters for the first time in 8 years.

19) Election night 2016 will produce the biggest one night spike in MSNBC’s history as conservatives all over America tune into the network to hear the teary explanations of how the Republicans stole the election.

20) When Hillary goes down to defeat in 2016, she won’t have to worry about running for President anymore; so she’ll finally be able to divorce Bill, free her flying monkeys and fly off into the sunset on her broomstick.